Donald Lopez was born in Brooklyn in 1923. One of his first memories was sitting on his father’s shoulders at Lindbergh’s ticker tape parade down Broadway in 1927. His favorite movies as a child were Wings and Hell’s Angels. When Pearl Harbor was attacked, he was in college at the University of Tampa. He immediately enlisted in the Army Air Corps. He was assigned to the 75th Fighter Squadron of the 14 th Air Force, scoring his first victory on December 12, 1943 in an air-to- air collision with an Oscar, a scene depicted in Bill Phillips’ painting, Into the Teeth of the Tiger (also the title of my father’s World War II memoir). Flying 101 missions, he downed five Japanese planes, four in a P-40 (“Lope’s Hope”) and one in a P-51 (“Lope’s Hope 3rd”).

After the war he was a test pilot at Eglin Air Force Base, flying a wide range of aircraft, including the first jets. He recounts his experiences in his book, Fighter Pilot’s Heaven. After several missions flying the F-86 in Korea, he returned home to attend the Air Force Institute of Technology at Wright-Patterson Air Force Base and then Caltech, where he earned a Master of Science degree in Aeronautical Engineering. In 1957, he was appointed to the faculty of the newly founded Air Force Academy, where he taught Thermodynamics. After his retirement from the Air Force in 1964, he worked on both the Skylab and Apollo programs.

In 1972, he joined the staff of the National Air and Space Museum, where he served until his death in 2008. He was instrumental in the planning and administration of first, the museum on the Mall, which opened in 1976, and later, the Hazy Center at Dulles, which opened in 2003. Today, visitors to Hazy are greeted by a snarling P-40, with “Lope’s Hope” on the cowling and 194 on the tail. His resting place is marked by a simple soldier’s headstone at Arlington National At the National Air and Space Museum, his bust stands outside his old office. My father was a legendary pilot, renowned for his flying skills, his marksmanship, and his bravery. He was awarded the Silver Star for scaring off some Oscars that were attacking his squadron, despite the fact that he was out of ammunition. Of the dozens of high-performance planes he flew over the years, he always spoke very highly of the P-51, lamenting the fact that he reached the mission limit of 101 before he could have more dogfights in a plane that was such a joy to fly. His only complaint was that the guns often jammed, costing him at least two victories. 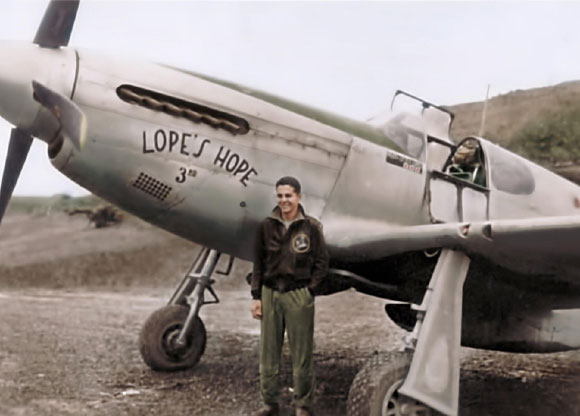 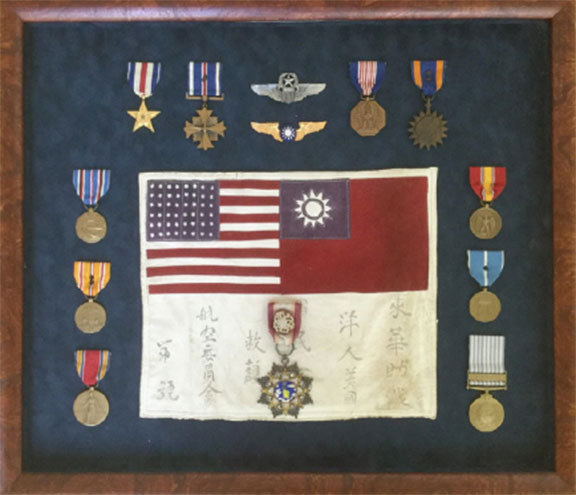 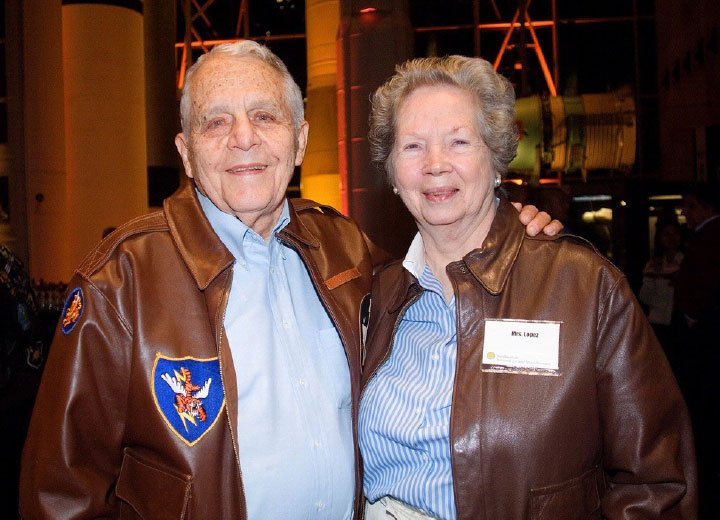 “The only thing I would change in my life is that I would meet my wife sooner.” 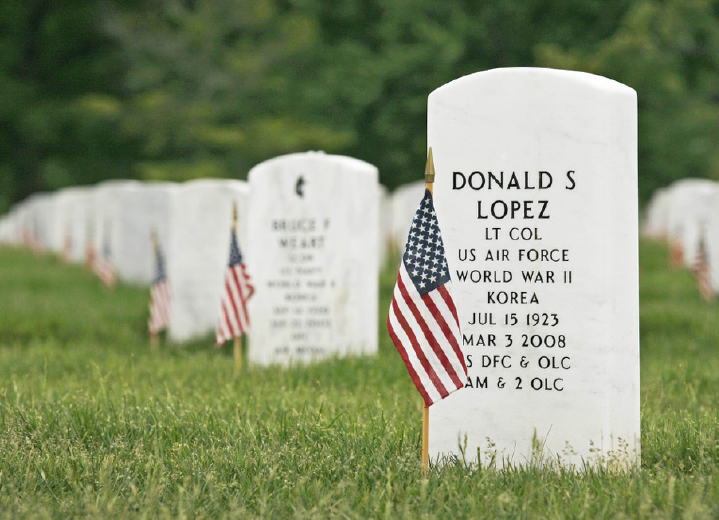 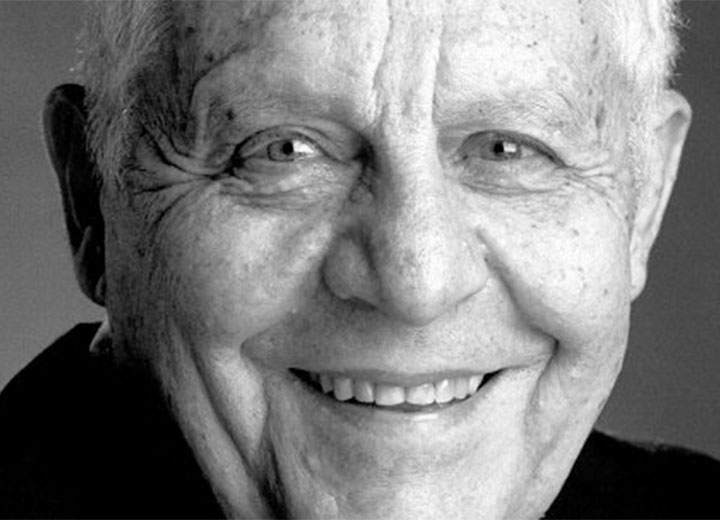 On July 9, 2017, my daughter Laura and I visited AirCorps Aviation in Bemidji, Minnesota. We were overwhelmed by the meticulous care that the team had devoted to the creation of Lope’s Hope 3rd, using magnifying glasses to examine the archival photos that we had brought in order to make sure that all of the rivets were in the right place. My father—as a fighter pilot, an aeronautical engineer, an aviation historian, and a museum curator—would have been deeply impressed by the both the dedication and expertise of the AirCorps team. Our family is profoundly moved that he is being honored in a manner that would have meant so much to him. -Donald S. Lopez, Jr. 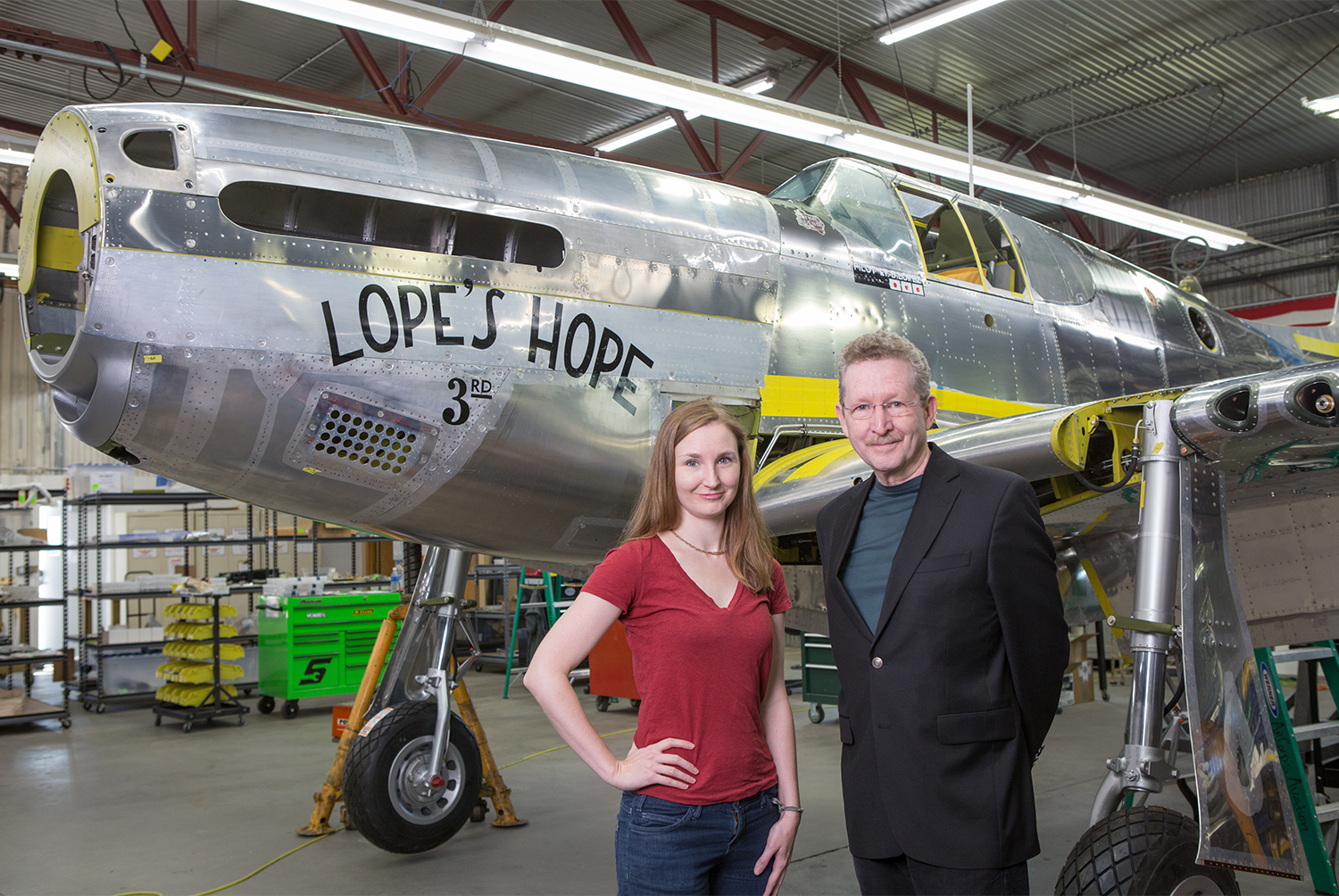 Pictured above: Granddaughter Laura Lopez and Son Donald Lopez Jr in front of Lope’s Hope, during the restoration process at AirCorps Aviation.