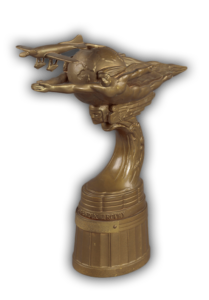 Thunderbird is one of the recognizable P-51 mustangs from the post war era. The cobalt blue P-51C NX5528N, most notably won the 1949 Bendix race piloted by Joe DeBona where it set the piston driven speed record at 470 mph. Thunderbird was finished with 48 coats of primers and the iconic gloss cobalt blue paint adorned with the Red Pegasus logo of Mobile Oil. Polished to a high shine, the paint job reportedly added 8 mph to the speed of the aircraft.

January 20,1953
Jackie Cochran sold it back to Jimmy Stewart for “$1.00 and other consideration.”

June 2,1953
The P-51 Pony Express is reborn – The Coronation of Elizabeth II was a major television event with CBS and NBC arranging to have footage of the ceremonies flown across the Atlantic to Newfoundland. From there the film would be flown on to the United States by Jimmy Stewart’s P-51 and another owned by Paul Mantz, NX1204. Thunderbird, piloted buy De Bona arrived 24 minutes before Mantz’s NX1204. 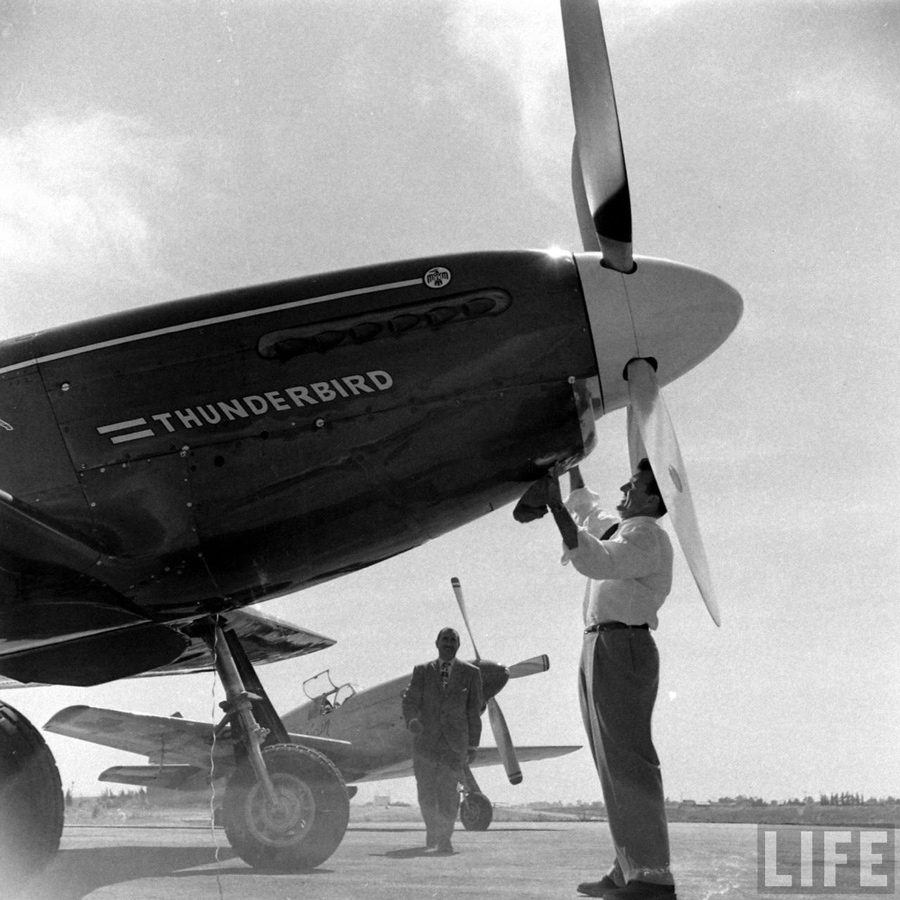 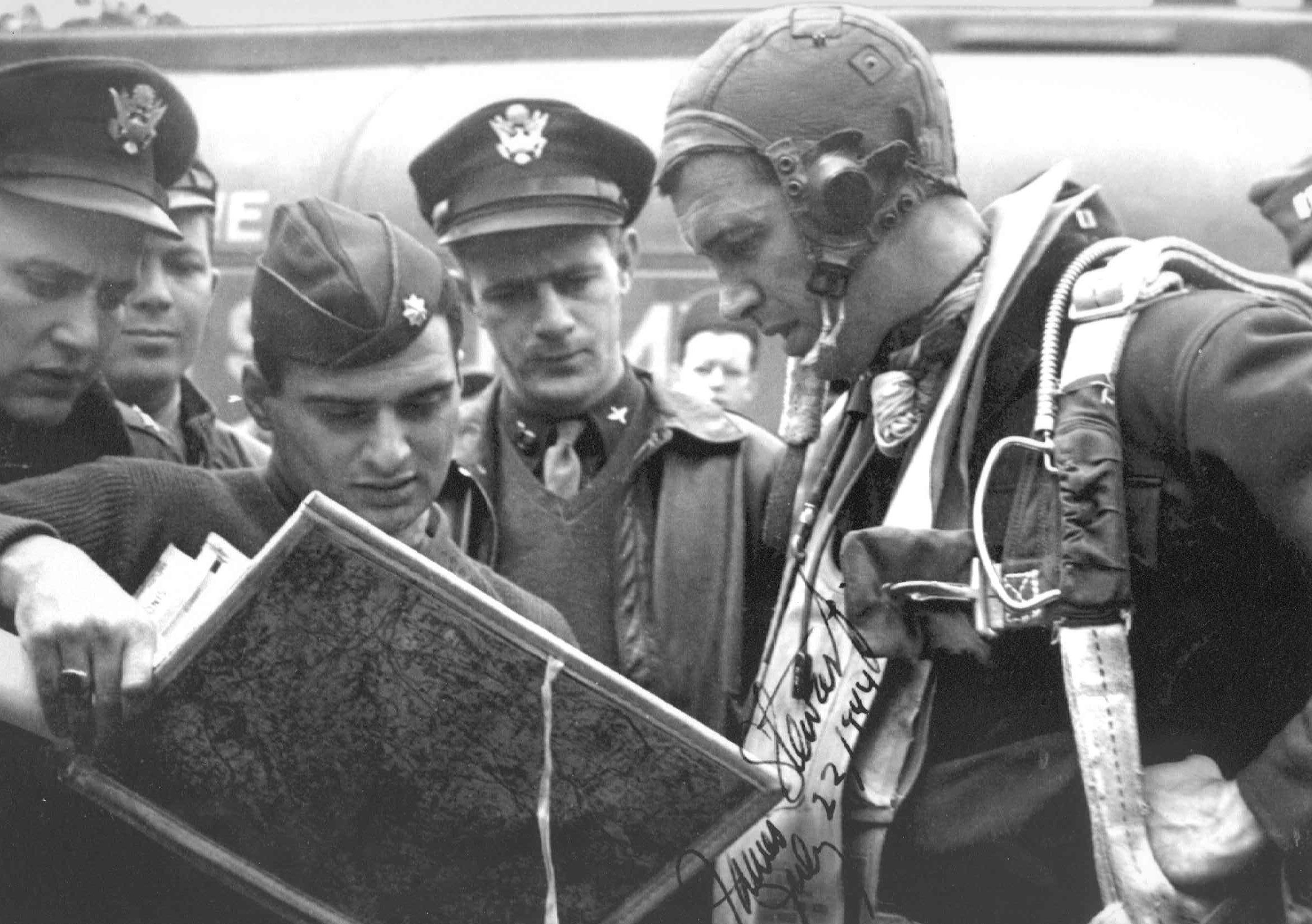 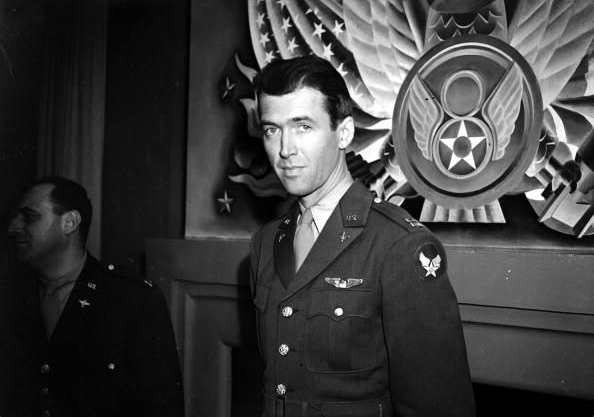 Jimmy Stewart was the first Hollywood star to enlist in the armed forces after Pearl Harbor. He joined the Air Force, flew over 20 combat missions, and attained the rank of Brigadier General, the highest rank of any Hollywood star.

From Cosmetics to Command 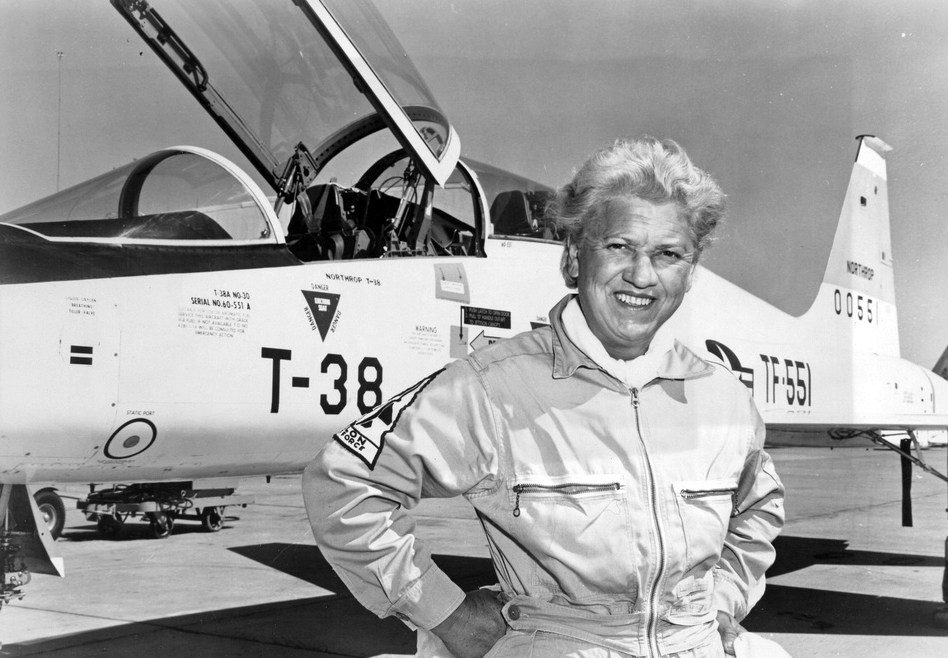 Jacqueline was a pioneer of aviation in the 20th century. In 1948, Jackie joined the U.S. Air Force Reserve with a rank of lieutenant colonel, almost certainly becoming the first female pilot in the U.S. Air Force. She set world records for flying from the ‘30s through the ‘60s.

We have created numerous print materials highlighting the story and history for P-51C Thunderbird. 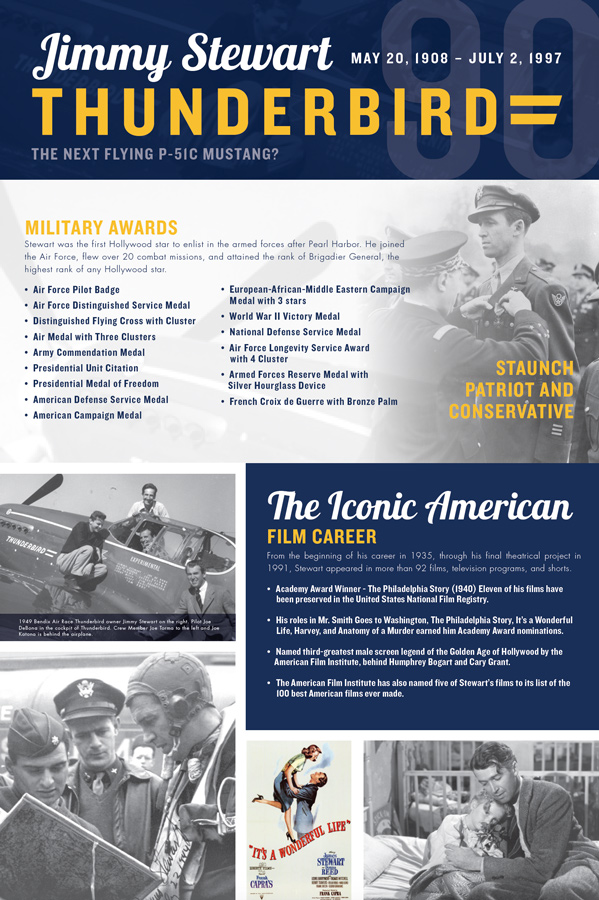 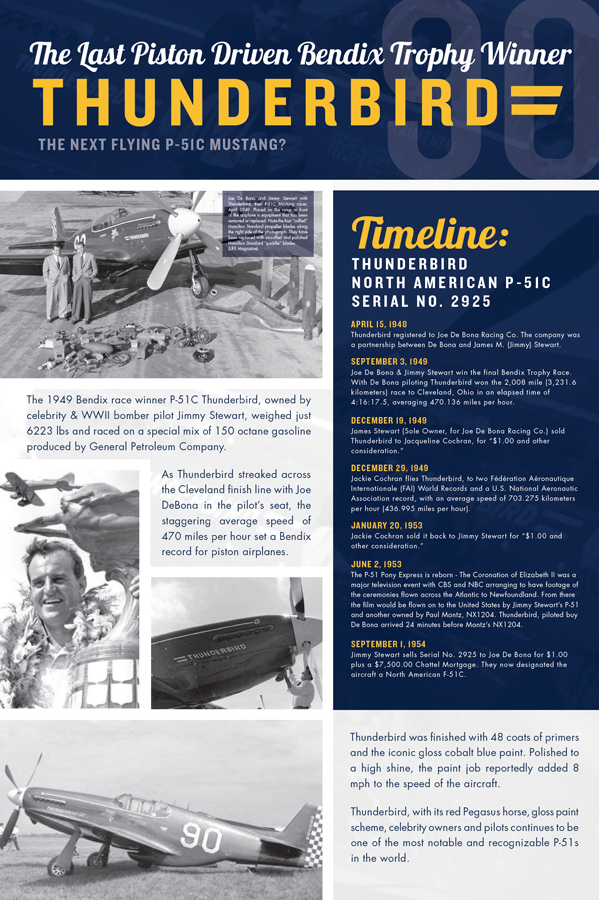 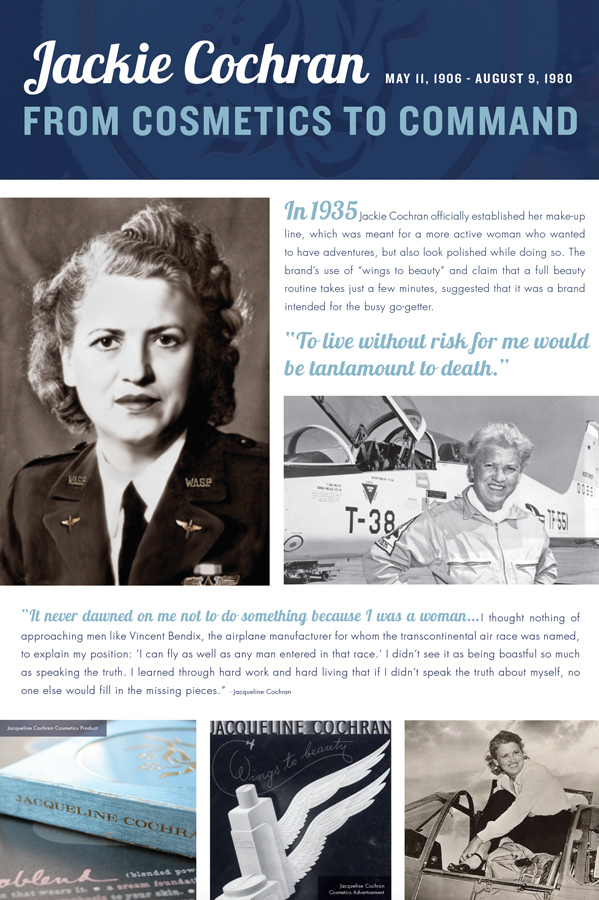 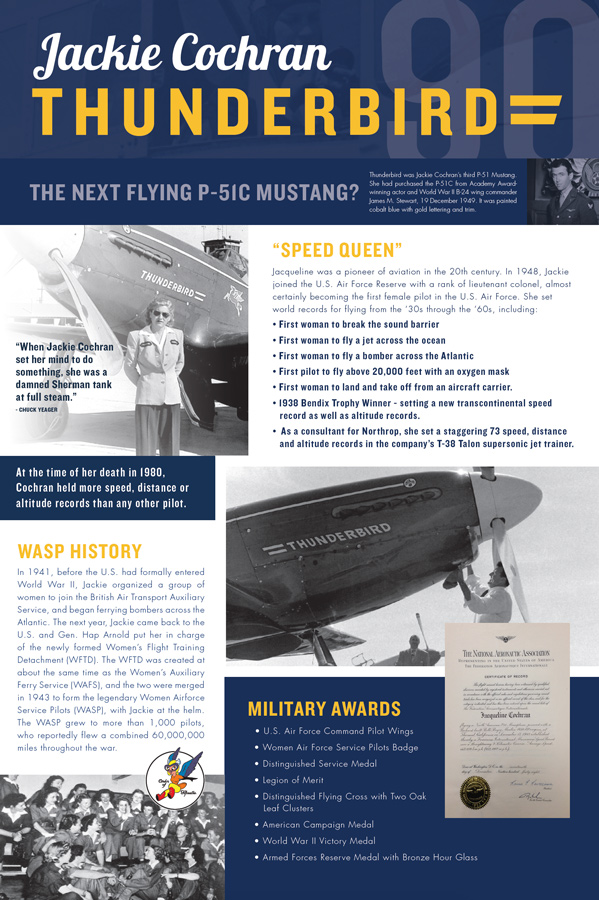 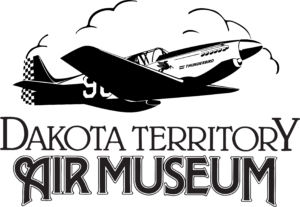