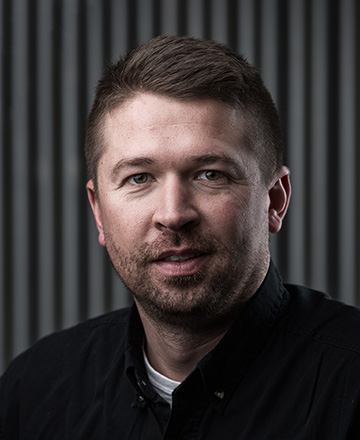 Erik Hokuf is the founding member of AirCorps Aviation, an award-winning aircraft restoration and parts fabrication company based in Bemidji, Minnesota. The business was established in 2011 and now employs 50 fabricators and technicians. AirCorps manufactures parts for various major general aviation Type Certificate and Supplemental Type Certificate holders as well as holding their own PMA parts. Hokuf spearheaded AirCorps Aviation’s FAA Part 21 PMA Quality System and a Part 145 Repair Station, and is the accountable manager for both.

Hokuf has been working in the General Aviation industry for 25 years. He has maintained an A&P Certificate with Inspection Authorization for the last 20 years. Hokuf has built a reputation of being a qualified expert that others depend on for aircraft maintenance, manufacturing, restoration and inspection advice. He is a Designated Manufacturing Inspection Representative. Before overseeing other mechanics, Erik restored vintage warbirds as well as maintained various aircraft from J-3 Cubs to Dassault Falcon Jets. Hokuf not only works on airplanes, but he flies them as well – he is a Single Engine Land/Sea rated Private Pilot.

Hokuf is heavily involved in the community and enjoys helping other entrepreneurs. He serves on several boards in Bemidji including: Security Bank USA, Greater Bemidji Economic Development Corp, and the Bemidji Beltrami County Airport Advisory Board.

Erik is also a member of EAA, Warbirds of America, American Bonanza Society and AOPA.