The fuselage frame parts have been produced and fitted together in the jig. 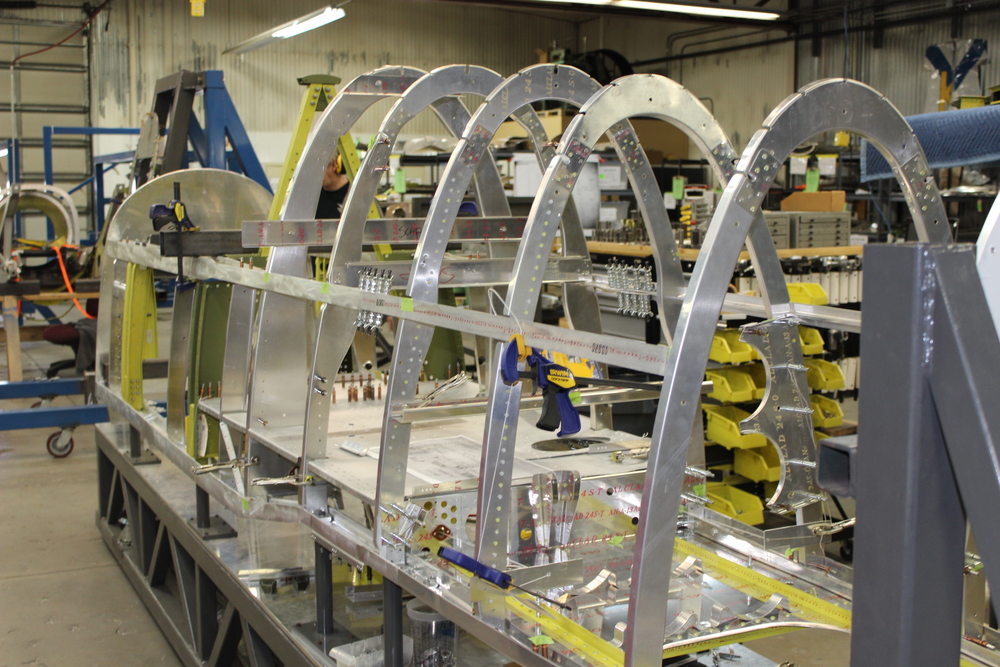 Turtle deck frames distinguish this fuselage as a C model.

Once that was done the frame parts were disassembled and given their first coat of zinc chromate,  the yellowish colored first coat that goes on before assembly.  Later on , after complete fuselage assembly, the specification calls for a greener second coat so that inspectors could easily tell that both coats had been applied. 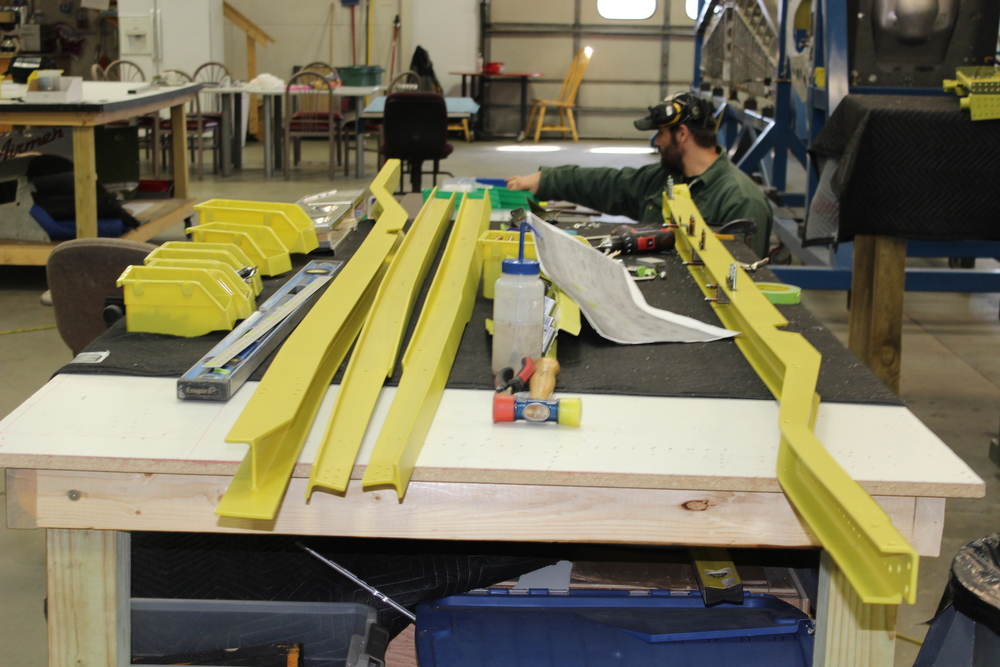 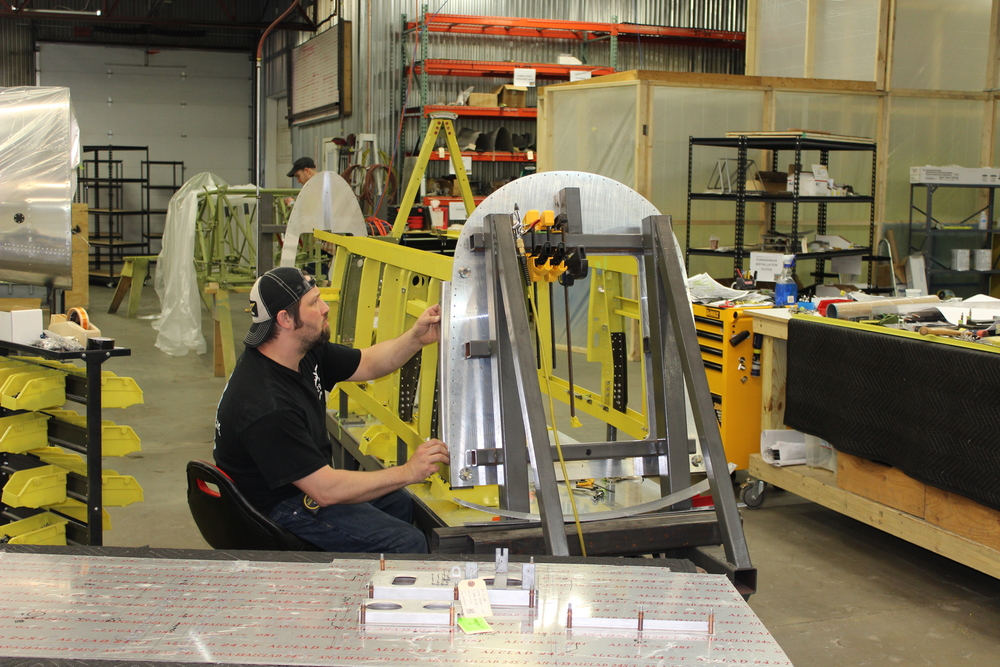 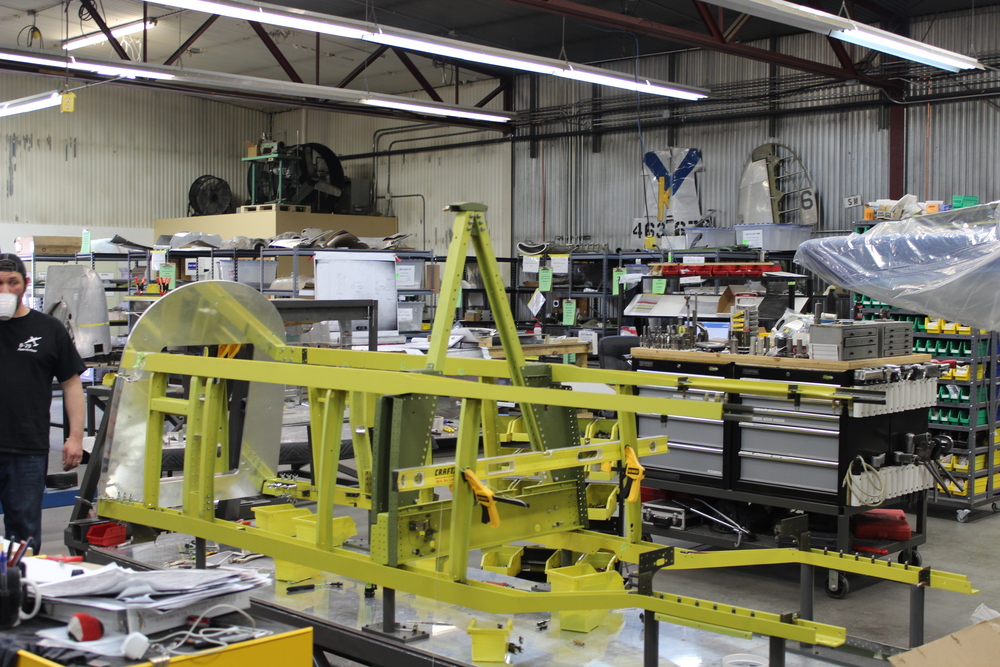