The book Combat Vet P-51, The History of Sierra Sue II, World War II Survivor, is a detailed look at the history and restoration of one combat veteran P-51 Mustang.

This historical overview begins at the Inglewood, California factory door in 1944. It continues through her combat record with the Army Air Force in 1945 and service with two other nations’ air forces. The final historical portion is devoted to her post-war civilian life.

Sierra Sue II’s modern story is detailed in the second half of the book. It solidifies her provenance and celebrates AirCorps Aviation’s painstaking restoration to precisely replicate her condition immediately after her nose art was painted on in Belgium.

The author has been able to bring you the insight of the people who flew and restored her over the seventy-some years of her existence through interviews, wartime diary entries, and decades-old notes. Also included are original military documents and over 180 photos and engineering drawings to help us understand the story of this remarkably rare surviving P-51. 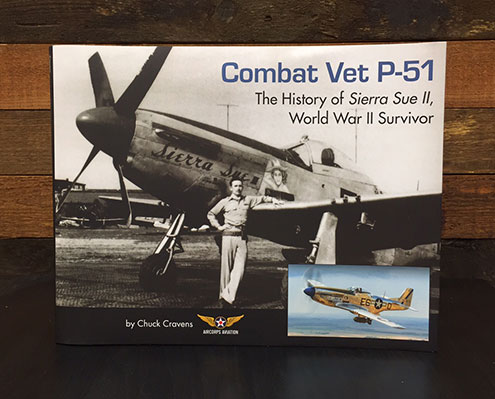 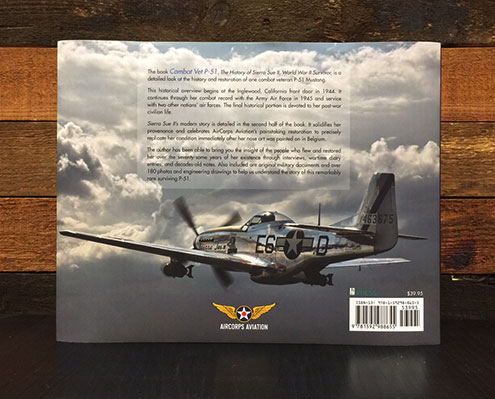 Pulitzer prize winning journalist Tom Hallman Jr.’s story about our resident author Chuck Cravens and his search for the woman depicted on the noseart of the Sierra Sue II. The Oregonian. 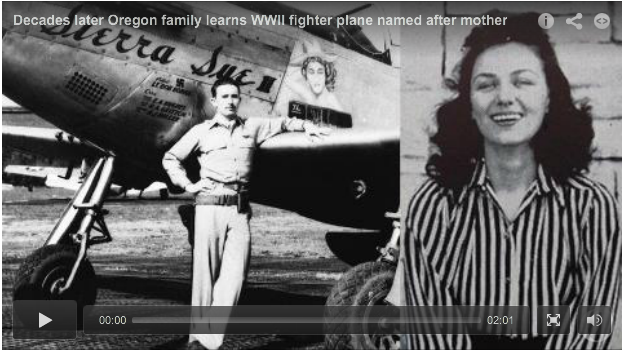 “Chuck Cravens’ COMBAT VET P-51 is a splendid addition to what has become the legend of Sierra Sue II. The writing is first rate. The pictures Cravens managed to dig up add immeasurably to SSII’s storied history”
– John Christgau, the author of Sierra Sue II, the Story of a P-51 Mustang

“It is my considered opinion that your book is one of the two best books to be written about the P-51 Mustang since the publication of Robert Gruenhagen’s masterpiece that was simply entitled, “Mustang”, that was published in 1965.”
– John Dienst, co-author of North American F-51 Mustangs in Latin American Air Force Service