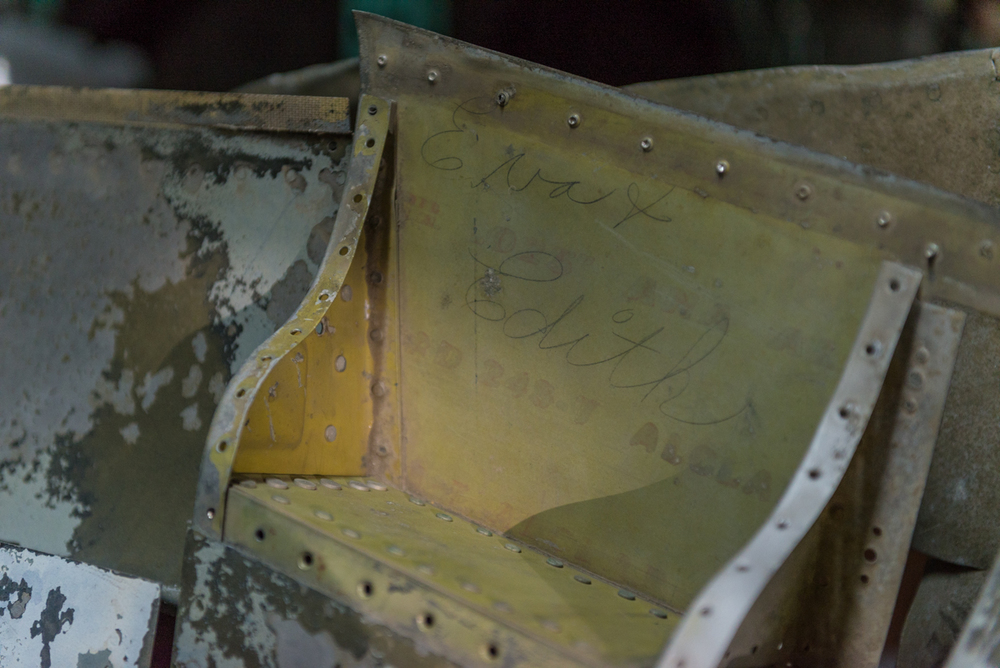 (Bemidji, MN) (February 16, 2017) – AirCorps Aviation, a world leader in warbird restoration, parts manufacturing, and aircraft maintenance, is launching a search for individuals involved in building a WWII-era P-47 Thunderbolt. AirCorps employs 27 people in Bemidji, one in Seattle, WA, and one in Anoka, MN.

AirCorps Aviation is honored to be actively restoring a P-47D Thunderbolt for the Texas Flying Legends Museum, an organization dedicated to honoring past generations and inspiring the leaders of tomorrow through active display of WWII warbirds. This P-47D-23-RA (S/N 42-27609), was produced in 1944 by Republic Aviation in Evansville, IN, and shipped to the Southwest Pacific theater for service. The Thunderbolt will return to airworthiness through a process that includes laser scanning, 3D modeling, disassembly, fabrication, component repair, and assembly.

Decades have passed since the P-47s last flight and replacements for many structural pieces and components are necessary to ensure safe operation. A collection of P-47 parts has been gathered to contribute to the final project in a variety of ways and the discovery of two signatures, “Eva & Edith,” was made in a surplus wing. The wing was built by the Curtiss-Wright Company in Buffalo, NY, under license from Republic Aviation, and has been critical to the restoration project for the laser scanning and 3D modeling necessary to complete fabrication needs.

During disassembly, it is not unusual to see notes and measurements written on the inner surfaces of aircraft. However, this unique finding presents the opportunity to search for not only Eva & Edith, but also all those who participated in building the original aircraft in Evansville, IN. The connections that could be made between any individuals involved in the production stages of the completed P-47 would be a great reminder of WWII-era collaboration – people all over the country coming together to create results.

When markings like Edith and Eva’s signatures are found inside a component of a restoration project, each grease pencil marking must be noted carefully or that information could be lost forever. Preservation of things like factory worker’s marks inside the wing or fuselage must be done now, because the part will be cleaned and inspected during the restoration.  Even though they won’t be visible in the finished plane, an accurate restoration should include those markings. To accomplish that, plastic overlays are used to trace the grease pencil marks and referenced to nearby rivet holes so that once the piece is being reassembled; the overlay can be accurately placed over old fashioned carbon paper and traced.  Then the markings are followed with a grease pencil to duplicate what had been there.

Anyone with information related to P-47 production efforts in Evansville, IN or Buffalo, NY is encouraged to contact AirCorps via http://www.aircorpsaviation.com/contact.

AirCorps Aviation is redefining the restoration, maintenance, and rebuilding of WWII & vintage aircraft to allow those built in the 20th century to fly through the 21st century.

Contact Sara Zimmerman at saraz@aircorpsaviation.com or 218-444-4478 for more information.