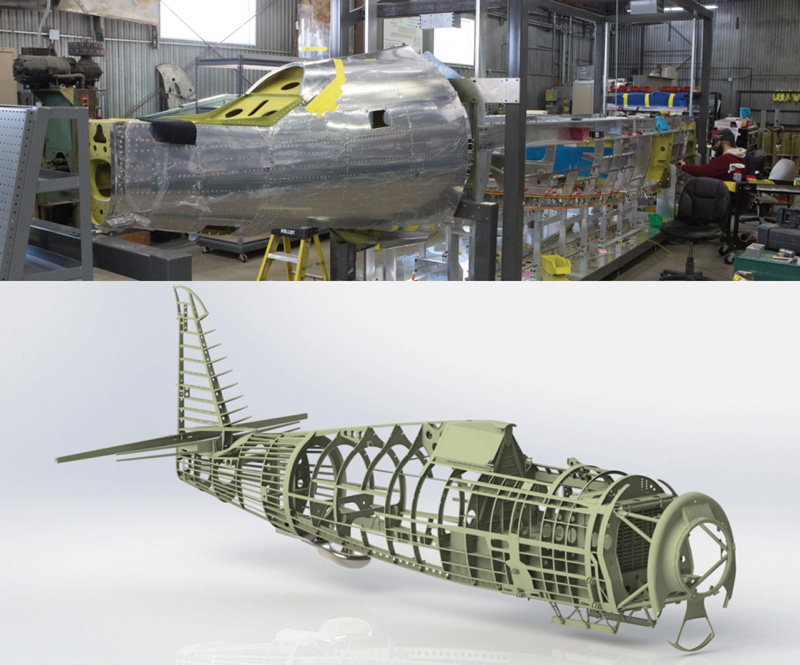 The CAD rendering becomes reality in these two images.

Remarkable progress has been made on the forward fuselage structure this month. While the guys have spent some time on the final touches to the tail cone, the main emphasis has been building the internal structure that gives the fuselage that curvaceous, immediately recognizable Thunderbolt form.

Though the aft fuselage or tail cone is substantially complete, there are always little finishing touches that prepare for later tasks, like equipment or systems installation.

One design element used in the P-47 can be characterized as a carry-over from the early metal airframes dating way back to Hugo Junkers’ J series in WWI and on through the Ford trimotor, many 1930s airframes’ structures,  and the Junkers Ju52.  That element is corrugated aluminum.  The corrugations are there to stiffen the skin in the early examples listed, but in the Thunderbolt it was commonly used on bulkheads inside the fuselage to stiffen those parts.

The use of corrugation in the P-47 shouldn’t be thought of as outdated for the time, though.  The technique is still used today: the Piper PA-28 family’s tail surfaces have stamped indentations on the vertical and horizontal tail surfaces for stiffening.

The corrugations are created using a die in a press brake.

Preparing Parts and Assemblies for the Next Steps

As the fuselage work progresses, assemblies and single parts are constantly being put together, trimmed, and readied for the upcoming steps in the restoration. 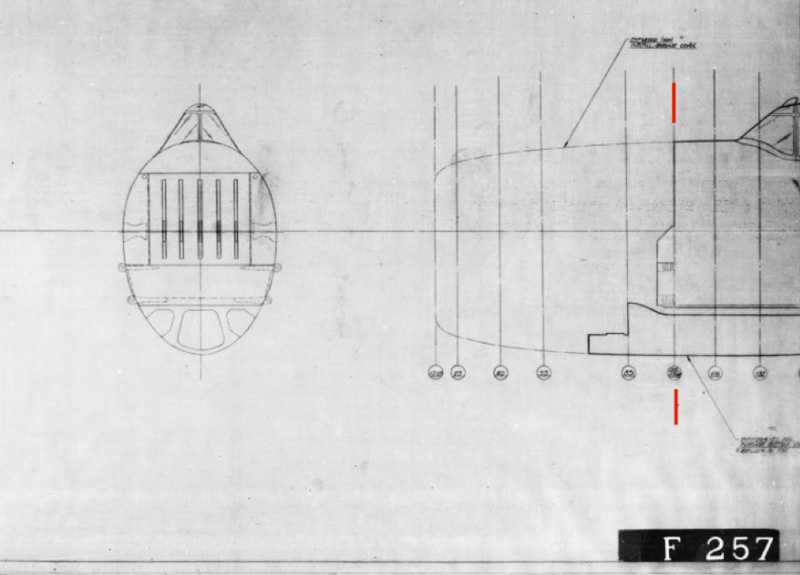 This drawings shows some of the fuselage stations. Station 101.625 is between the red marks added to the drawing.