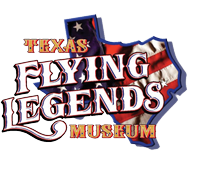 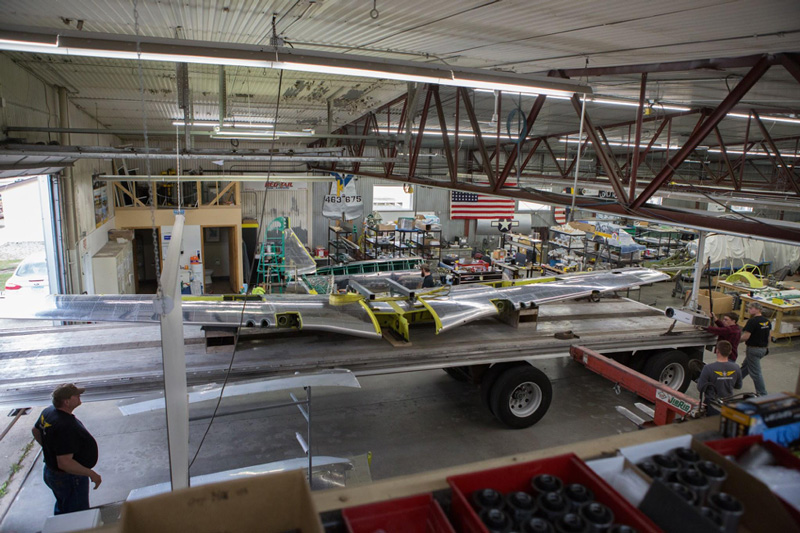 The guys guide the trailer into the shop to unload the wing.

The big news for the Lope’s Hope 3rd project this month is that the wings have been completed by Odegaard Wings. They have been transported to Bemidji and work will begin on installing landing gear and other equipment. The next step will be fitting them to the fuselage, finishing the wing to fuselage fairings, and eventually disassembling the wing and fuselage to be transported out to our hangar for the final assembly. 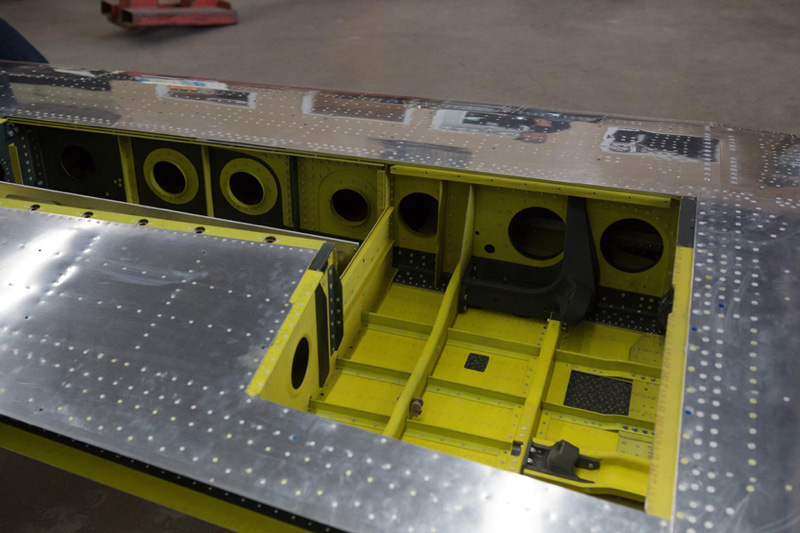 The gun bay was finished up at Odegaard’s before shipping.

The casting painted green is the slanted gun mount found in the B and C models. Slanting the guns caused some feeding jams and Donald Lopez experienced that twice in Lope’s Hope 3rd after lining up for a clean air-to-air shot at the enemy. 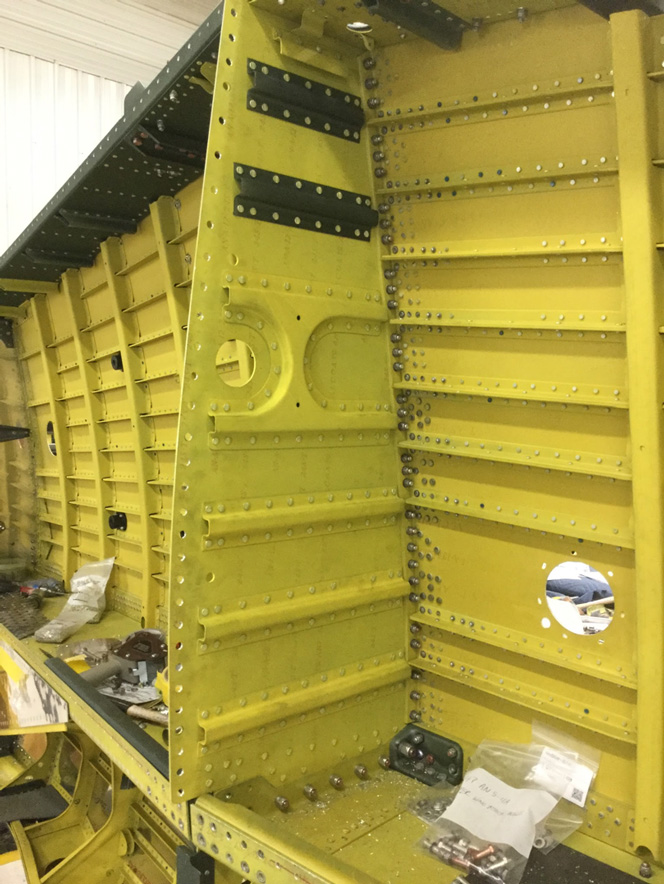 The center rib and fuel tank bay show clearly in this image before the wings left North Dakota. 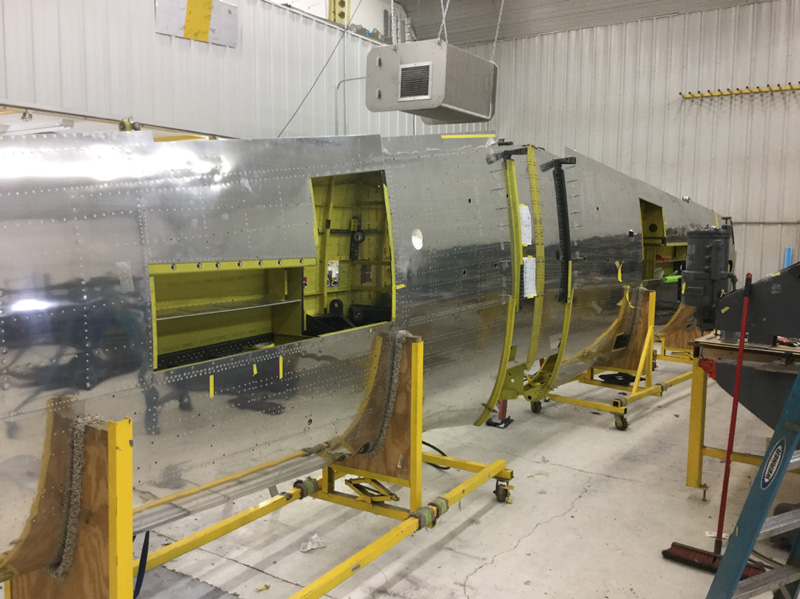 The wing looks ready for transport!

Moving, loading, and unloading an assembly as large as a complete wing requires a great deal of care and planning. The arrival of the wing at AirCorps Aviation is a major milestone in the progress of the Lope’s Hope 3rd restoration, so all that care was worth it! 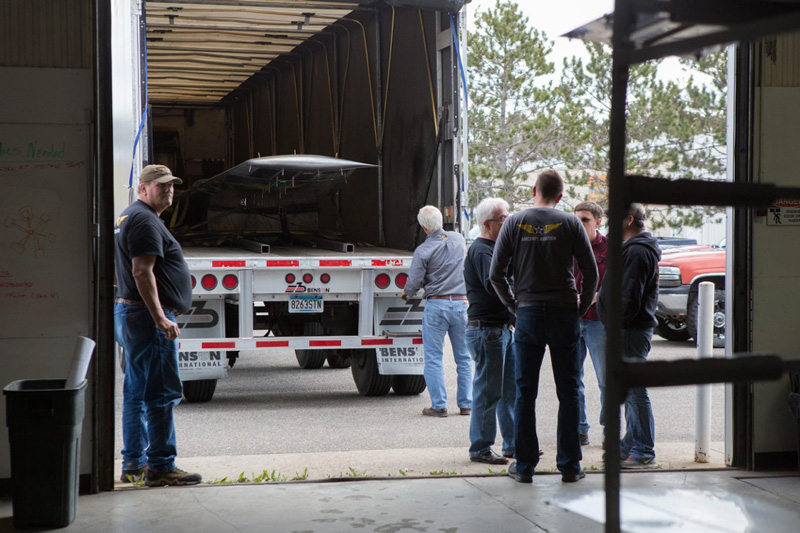 The wing arrives in a covered trailer from Kindred, North Dakota. 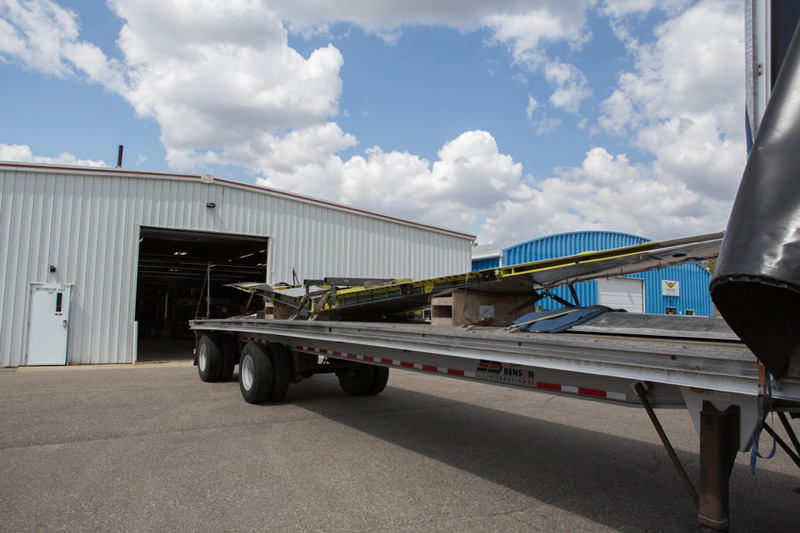 The cover is rolled forward and now the wing is ready to be backed into the shop. 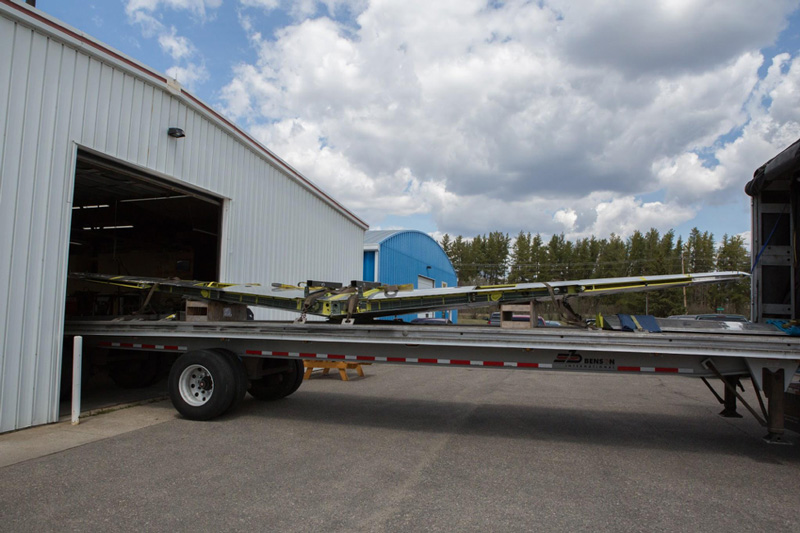 The trailer slowly backs in. 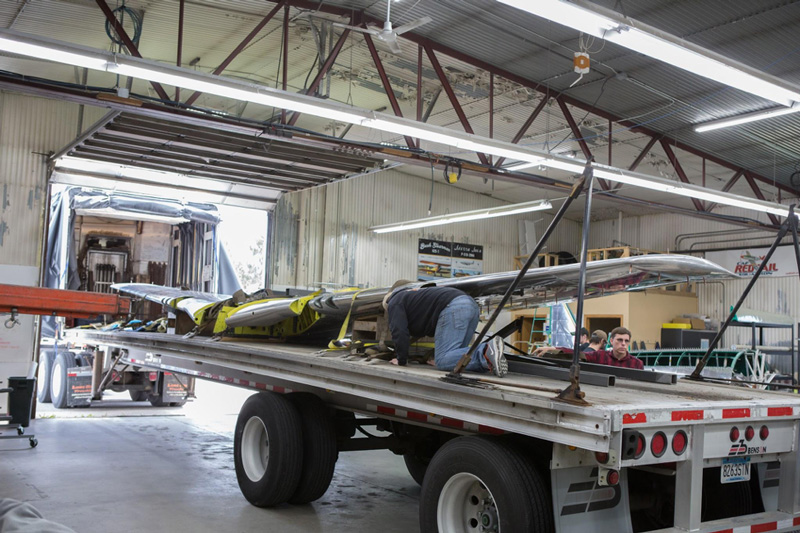 The tie down straps are removed. 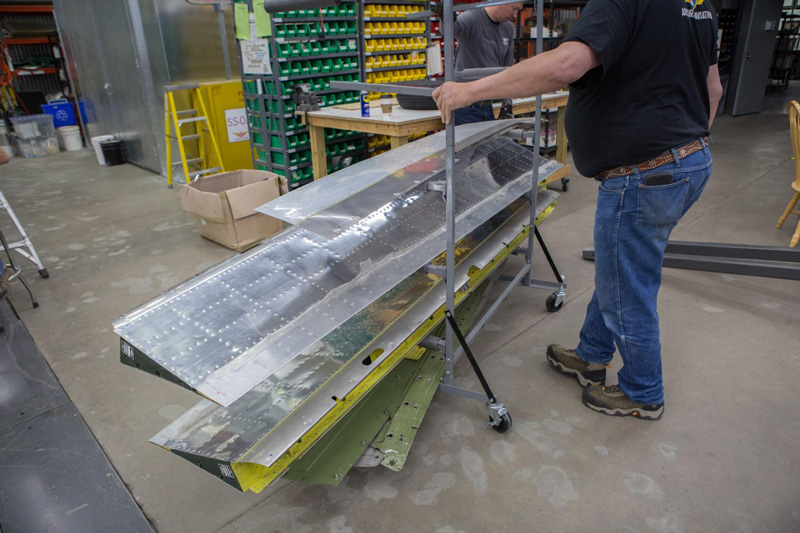 The flaps and ailerons are put aside in a rack for now. 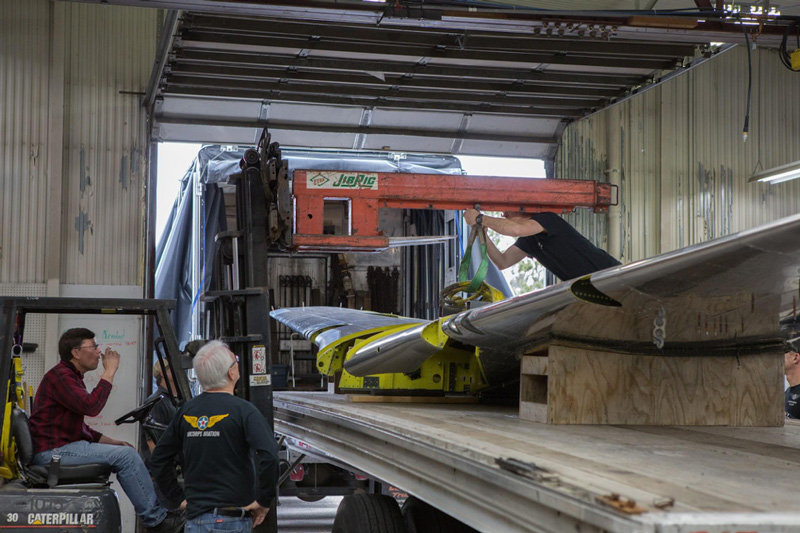 Mark mans the forklift as the harness is readjusted to lift the wing off the trailer. 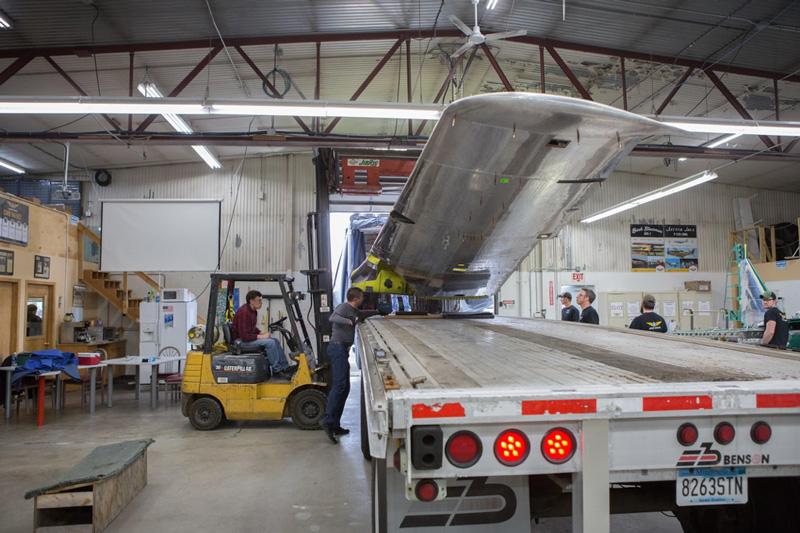 The wooden wing transport cradles have been taken out of the way. 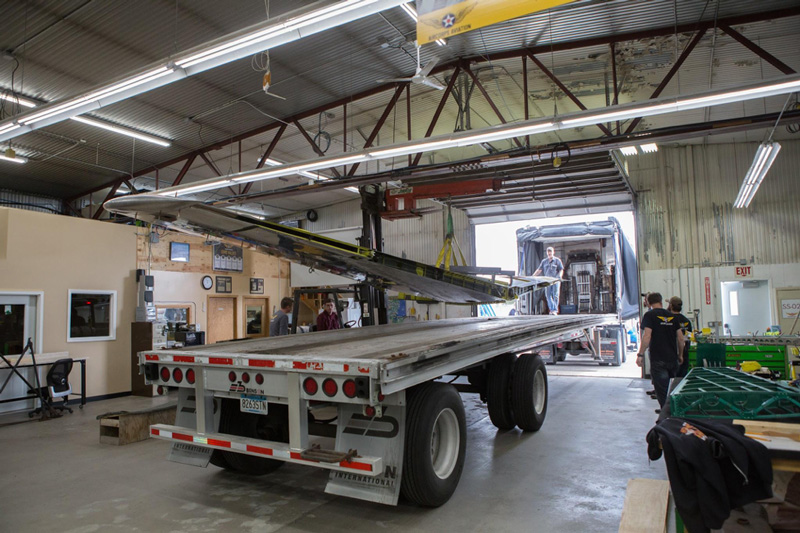 Up comes the wing, as Mark carefully lifts it with the forklift. 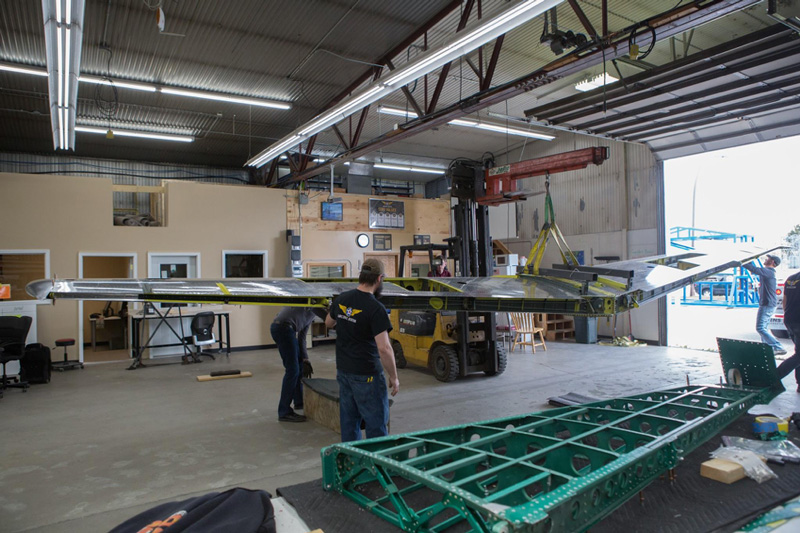 With the trailer pulled out, the wing can be lowered. 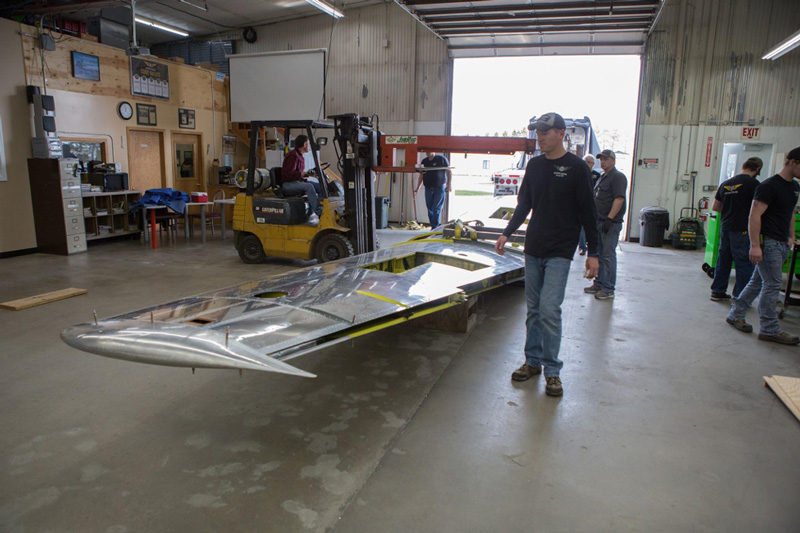 The wing rests safely on its cradles on the shop floor. 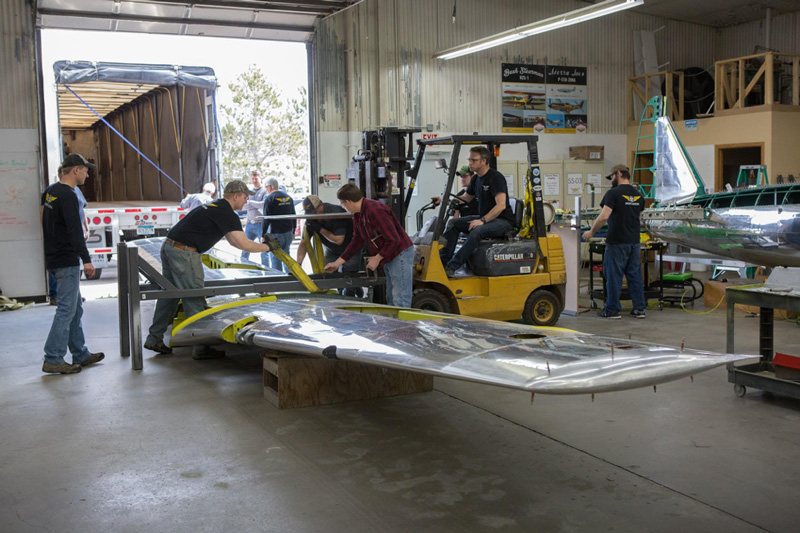 The next step is to rock it up and attach it to a fixture that will make working on the top and bottom sides easier. 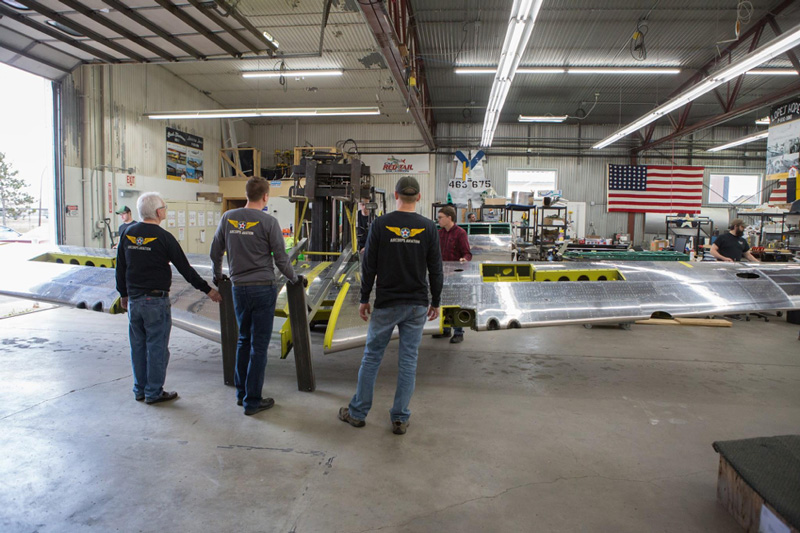 The wing comes up as the fixture base slides in toward the forklift. 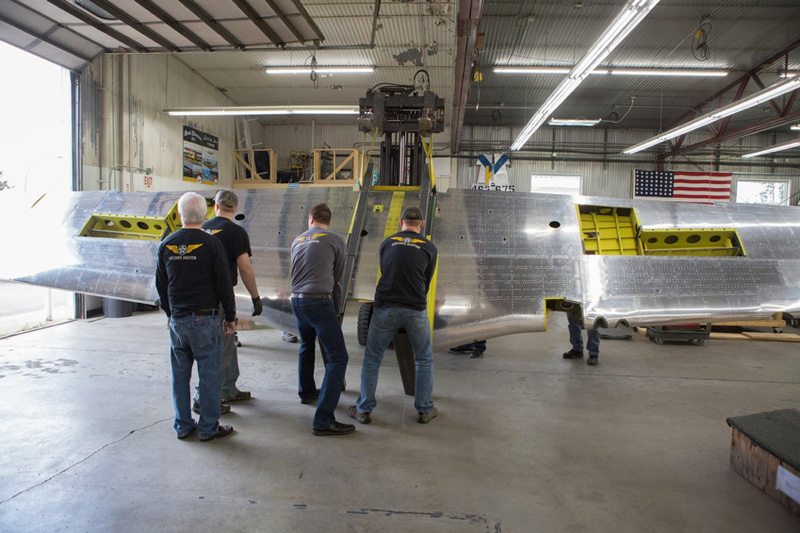 Everyone watches to be sure there is enough clearance. 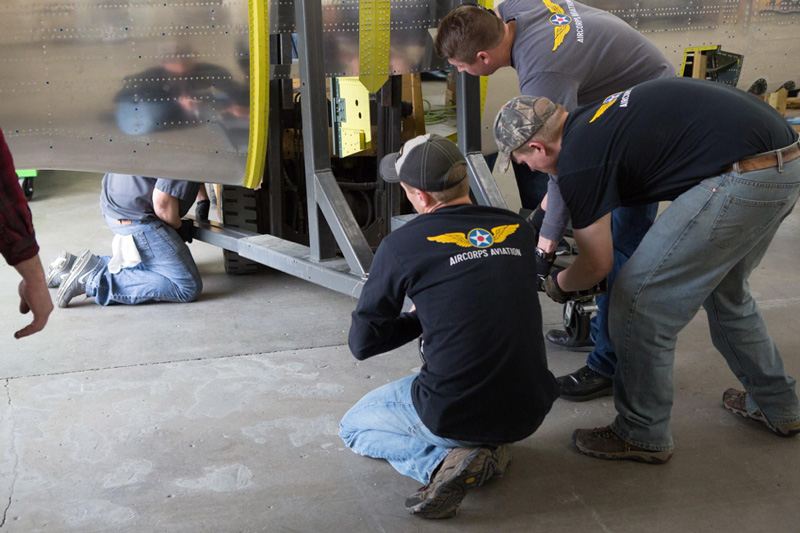 The legs on the fixture needed to be adjusted to clear the forklift tires. 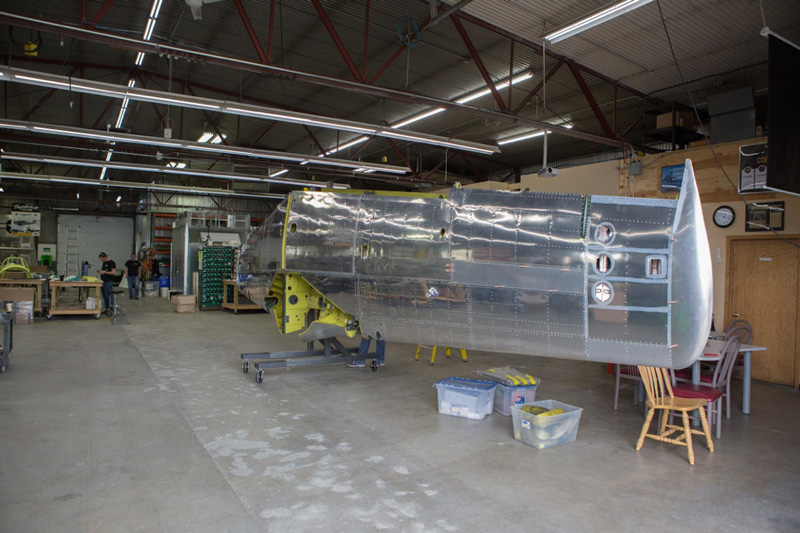 The work is finished and the wing is all set for installation of landing gear and other equipment.