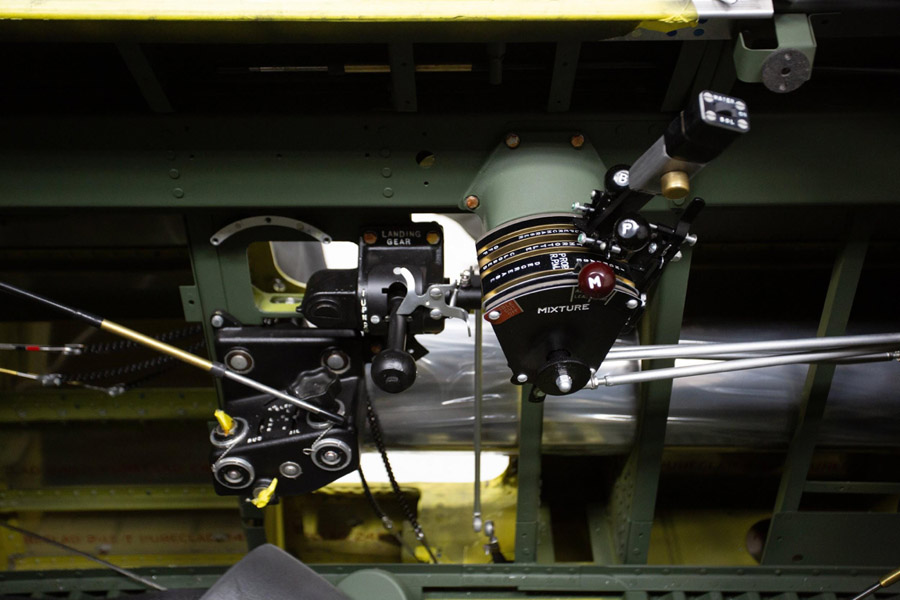 Cockpit controls: the lowest controls in the photo are for the aileron, elevator, and rudder trim console. Above that is the landing gear selector and to the right is the throttle quadrant.

As 2020 begins, the P-47 restoration work continues with systems installation and parts fabrication.  The main concentration continues to be the wing assemblies. At this time last year, the fuselage skins were clecoed on for fitting and the wing fixtures were standing empty.

The P-47 is a complex fighter for its time. Systems for controlling the trim, turbosupercharger, intercooler, normal flight controls, and engine are just a few of the  challenging parts needed for this restoration.

More and more parts of the wing structure are fitted. The gun bays, landing gear actuators, and ammo bays are being assembled for proper fit this month.

The Quest for Range

The early P-47D models had a published range of 640 miles without external fuel.

When the 5th Air Force obtained P-47s, General Kenney went to work on increasing the range of the new fighter. Fifth Air Force engineers worked on a design for a large drop tank. The eventual product was a large tank, flat on the top and bottom, that held an additional 200 gallons.

The new 200 gallon tank was built in Brisbane in August 1943 and was fitted with electric booster pumps. Supplementing the 310 gallon internal capacity, it added about 400 miles to the range figure, enabling the P-47s to reach Japanese targets that the P-40s couldn’t. 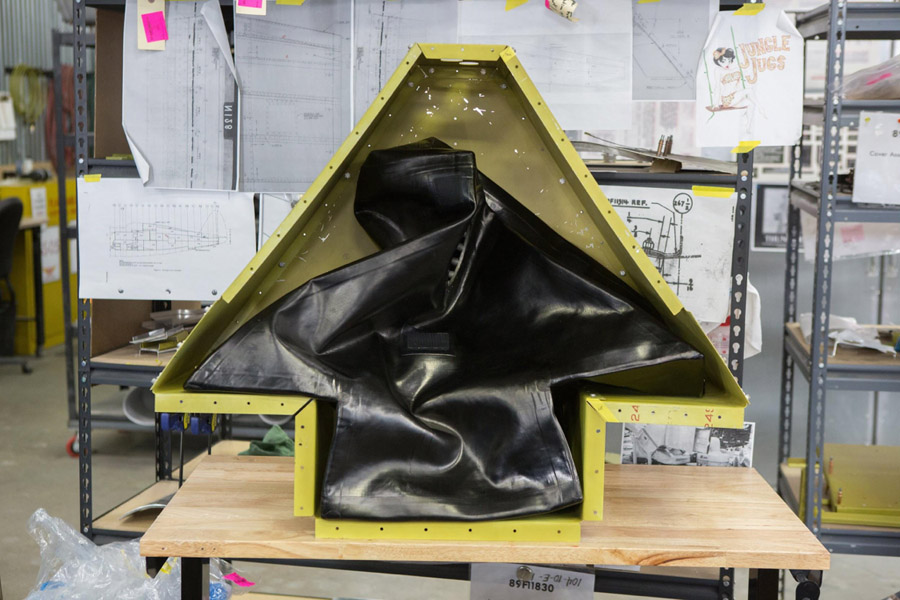 Another interesting attempt at extending the combat radius of the Thunderbolt was to install a 42 gallon tank behind the pilot in the turtledeck.  The razorback configuration of that area of the fuselage dictated a tank that tapered toward the top resembling a Christmas tree.

The use of these tanks was short lived because it was found that they presented a fire danger.

It was rumored that General Kenney tested this hazard by firing a tracer round into the Christmas tree tank of a scrapped P-47, which resulted in an explosion. 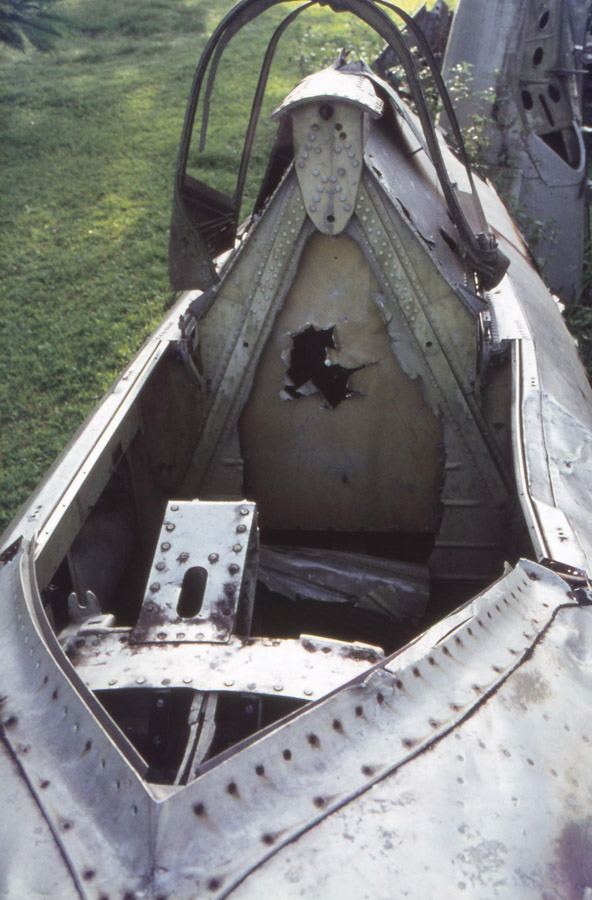 In 1977, 42-27609 was photographed in the yard of a teacherage in Popondetta, Papua/New Guinea. The Christmas tree tank is visible with a large hole through it. Robert Stitt photograph