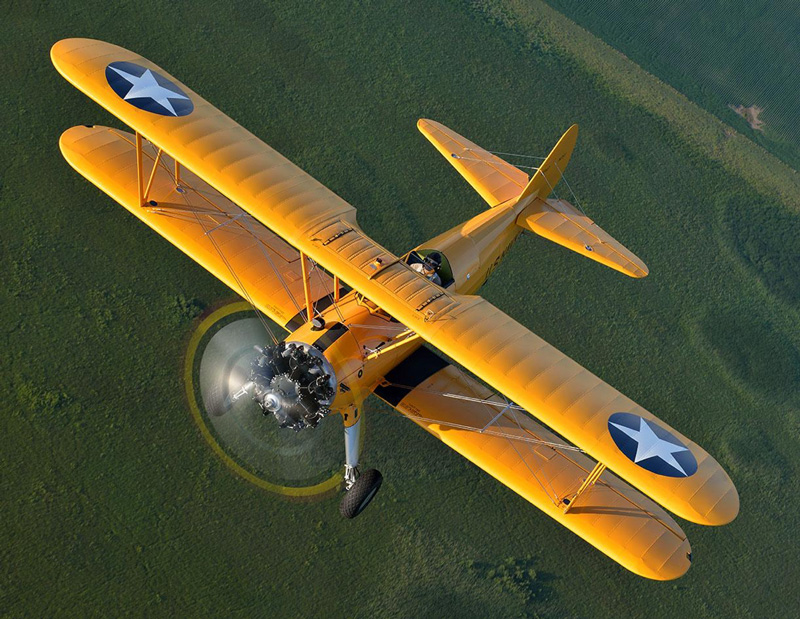 On November 30, 2018, America lost the last President to have served in World War Two when George Herbert Walker Bush passed.  We at AirCorps Aviation are honored to have participated with Paul Ehlen and Wings of the North Museum in honoring President Bush’s military service through the restoration of a Stearman trainer he flew at Minneapolis Naval Air Station. The Bush Stearman is on display, and flown from, Wings of the North Museum at Flying Cloud Field in Eden Prairie, Minnesota. www.wotn.org 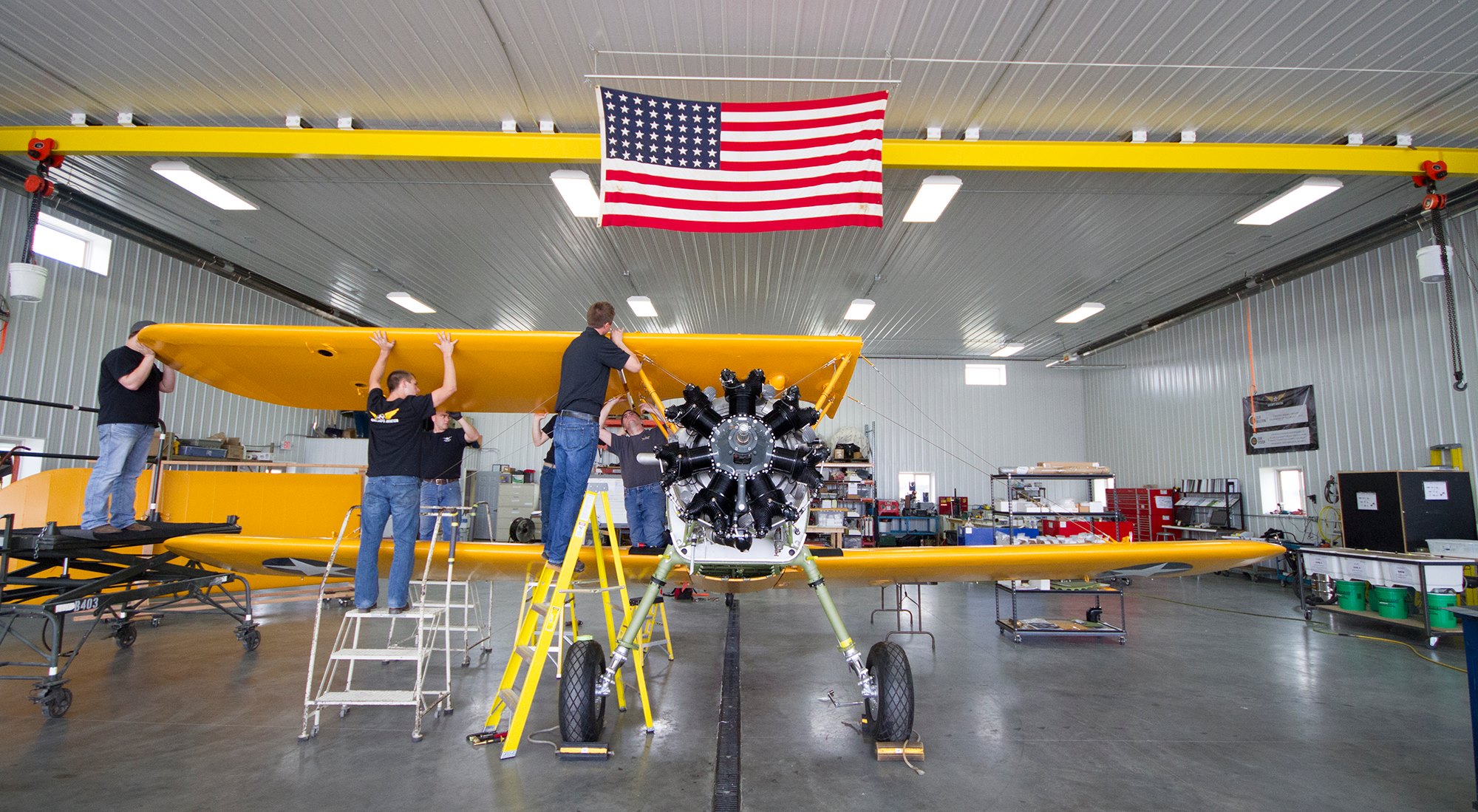 Final assembly at AirCorps Aviation before the post-restoration test flight. 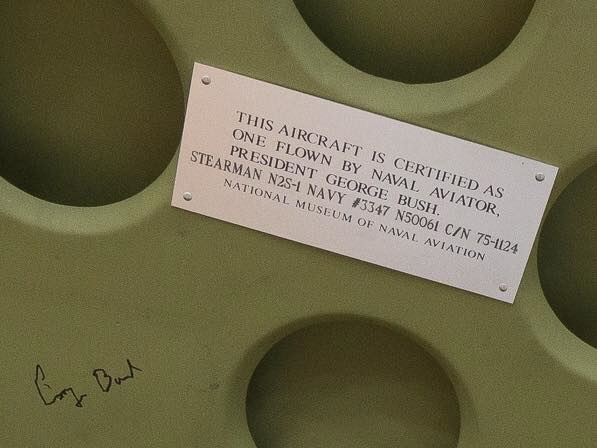 January 28, 1943, was a typical cold Minnesota winter day when the youngest aviation cadet in the Navy walked out to a yellow Stearman sitting on the ramp at Wold-Chamberlain Field in Minneapolis.  The mercury hovered at 16 degrees Fahrenheit as George Herbert Walker Bush climbed into the rear cockpit for his ninth solo flight of the month.  He was airborne for 1.3 hours according to his logbook.  Less than 3 months earlier, on November 12, 1942, Bush made his first flight in a Spartan NP-1. He soloed nine days later.  At age 18, Bush was one of 60 cadets to make up class 11AL, all of whom came from preflight training at the University of North Carolina, Chapel Hill.

His first flight instructor in Minneapolis was J.C. Crume. After 11.3 hours of dual instruction with Crume, flight instructor J.A. Boyle took him up for his pre-solo check.  When they landed, Boyle noted in his flight log, “Satisfactory check. Taxied a little fast. Landings were average to above with the exception of one almost ground loop. Safe for solo.” Bush continued flight training, including another 1.5 hour flight in BuNo 3347. He completed primary training in 61 flights that totaled 82.5 hours. 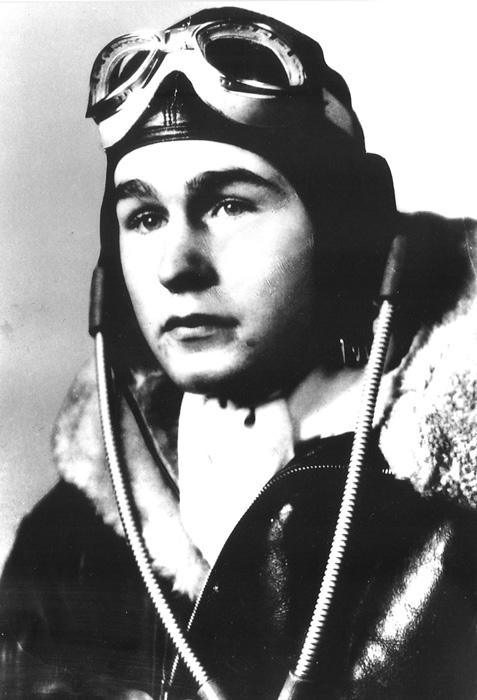 Bush went to the fleet as an eager young combat pilot, flying TBM Avengers from USS San Jacinto (CVL-30) as a member of Torpedo Squadron Fifty One (VT-51). On September 2, 1944, Bush was part of a division of four TBMs that attacked the Japanese installations on Chi Chi Jima. The future President was shot down during that mission, but survived for four hours in a life raft until picked up by USS Finback (SS-230), a submarine on rescue duty. Bush returned to the San Jacinto in November 1944 and participated in operations in the Philippines. During his 58 combat missions, Bush was awarded the Distinguished Flying Cross, three Air Medals, and shared in the Presidential Unit Citation awarded to San Jacinto.

Best remembered as the 41st President of the United States, George H.W. Bush had a long and distinguished career in service to his country before his Presidency. Besides his Naval career, he served in the U.S. House of Representatives, as Ambassador to the United Nations, Director of Central Intelligence, U.S. envoy to the People’s Republic of China and, of course, Vice President.

George Herbert Walker Bush was deeply respected by both his political allies and opposition for his exemplary commitment and service to his country. He was known as a modest man who deeply cared about and listened to others.

Secretary of State Colin Powell may have said it best in an interview for ABC’s This Week: “Everything he thought of, everything he did in public life was always directed to helping the American people, he was a patriot. He demonstrated that in war. He demonstrated that in peace. He was the most qualified person, with respect to foreign policy, ever to serve as President of the United States of America, and he was able to demonstrate that for the four years of his service.”

Powell went on to say; “The service he gave to America will not be matched anytime soon.”

“America mourns for an American who gave it his very, very all.” 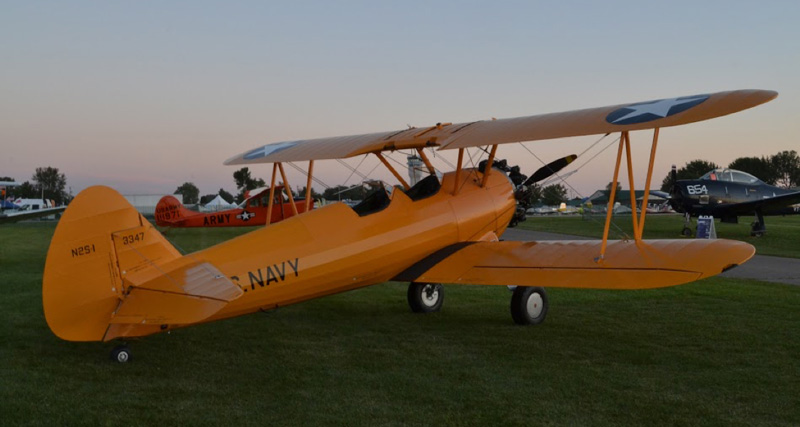 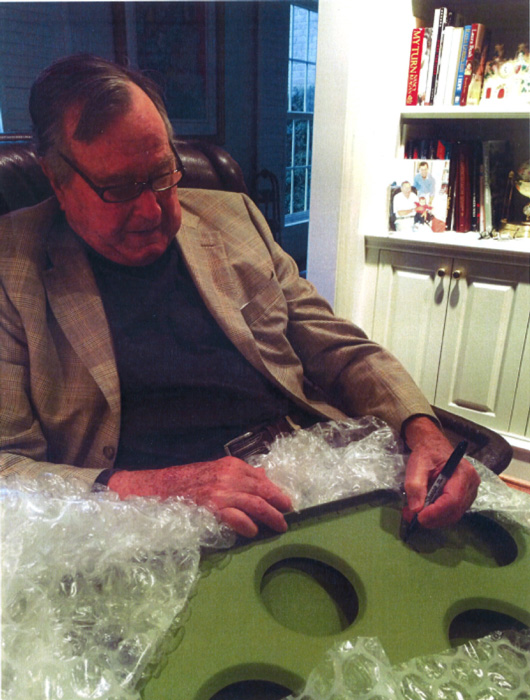