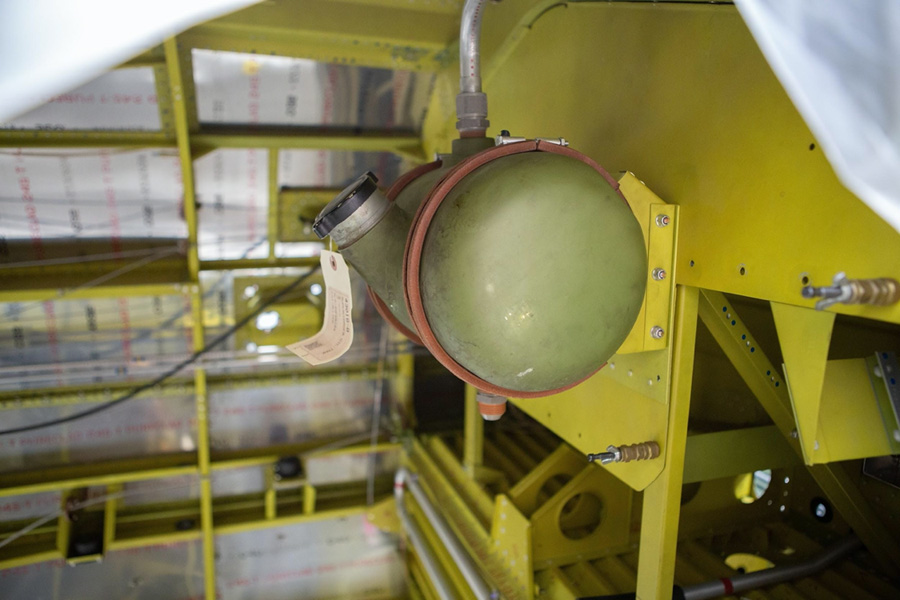 Progress on fabricating and fitting wing skins for the P-47 was evident in February and March.  Some of the more complex curved wing skins had to be stretch formed. The fuselage also continued to receive attention as Aaron worked on wiring and plumbing of hydraulic and brake systems. He also wired and plumbed the instrument panel.

The wings continue to get most of the attention this month. Masking the leading edge skins was a big part of the effort.

More and more fuselage system installations happened this month. While it isn’t always obvious visually, these installations comprise some of the most critical tasks in a restoration like this one. 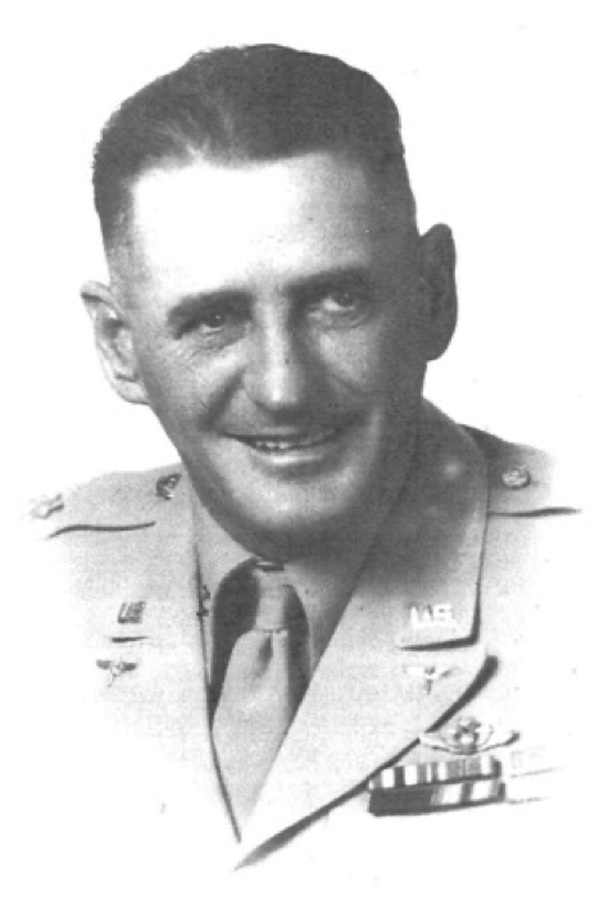 No historical discussion of the 5th Air Force and its air war in New Guinea would be complete without mentioning Paul I. Gunn. In his early 40s during WWII, Lt. Col. Gunn was known as “Pappy” because of his “advanced age”. He had a profound influence on how the war was conducted by using his ingenuity to modify equipment that wasn’t ideal, but that had the virtue of being available.

Gunn was responsible for adapting aircraft, particularly B-25s and A-20s, to the combat conditions they met in the New Guinea campaign. Lt. Col. Gunn took bombers and attack aircraft that were designed to bomb from medium to high altitudes, and converted them into low level strafers and skip bombing planes.

First were the A-20s. Pappy installed a field modification that mounted four fifty caliber guns in the nose so both skip bombing and strafing could be done by the same aircraft.

The A-20’s range was a limitation, so Pappy had extra fuel tanks installed in the bomb bays.  While this addressed the issue of range, it also had the disadvantage of reducing the bomb load.

Since B-25s had already been used for skip bombing, and had better range and bomb loads than the A-20s, they were the next to be modified with forward firing guns. Since a bombardier wasn’t needed for low level attacks, the space he would have occupied was freed up for gun installations.

Several configurations were tried, including a forward firing 75mm cannon. The eventual setup used most frequently consisted of all fifty caliber guns. Four were installed in the nose, four more as side blisters on the forward fuselage and two firing forward from the top turret. 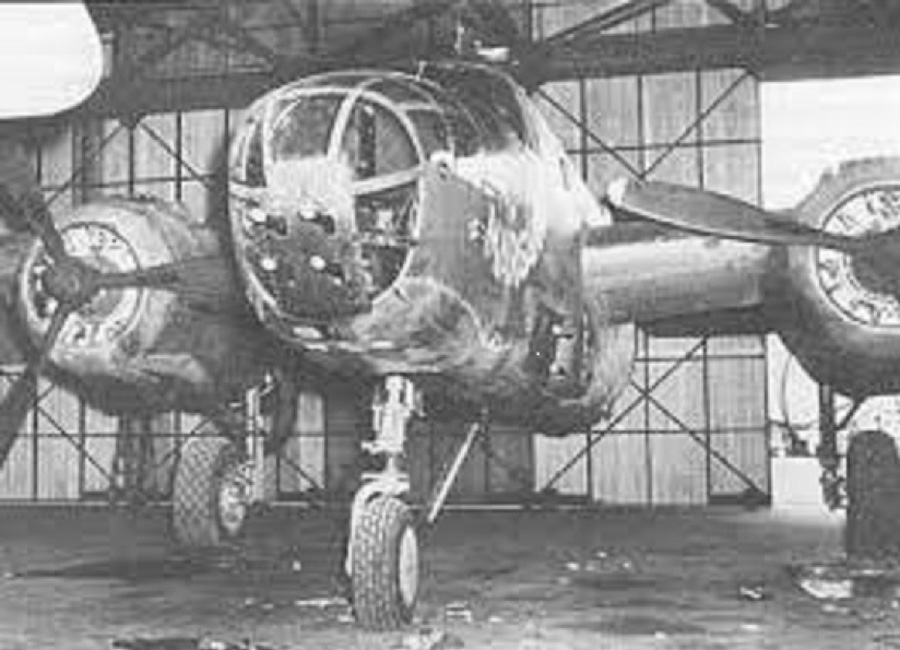 The strafer gun installation on the first B-25 to be converted. USAAF photo

Some later field conversions, like the B-25 Betty’s Dream  had as many as 14 fifties firing forward with 8 nose guns, 4 in side blisters, and 2 more in the turret.

From the early part of 1943, the “commerce raider” B-25s and A-20s damaged and destroyed Japanese shipping vessels, and made resupply of the New Guinea Japanese airbases and ground forces too costly.  By the summer of 1944, when P-47 42-27609 was in combat, the Japanese were falling back toward the northern end of New Guinea and were effectively driven out by the fall of 1944. 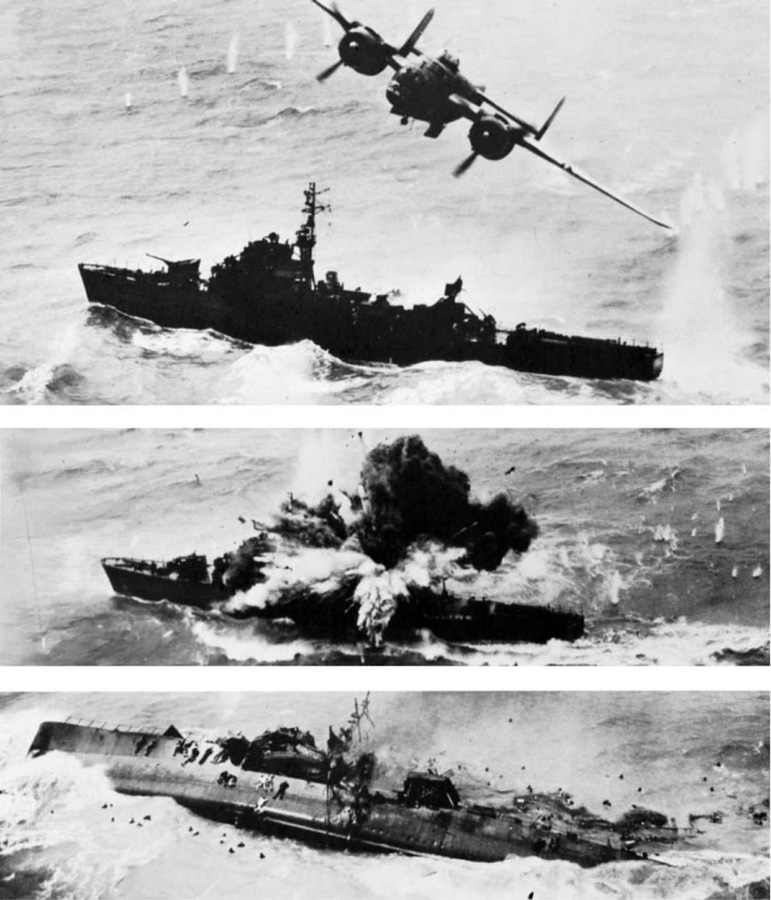 In addition to attacks on shipping vessels, skip bombing was soon used in conjunction with parafrag bombs on enemy airfields. P-47s and other 5th Air Force fighters flew air cover for these raids. 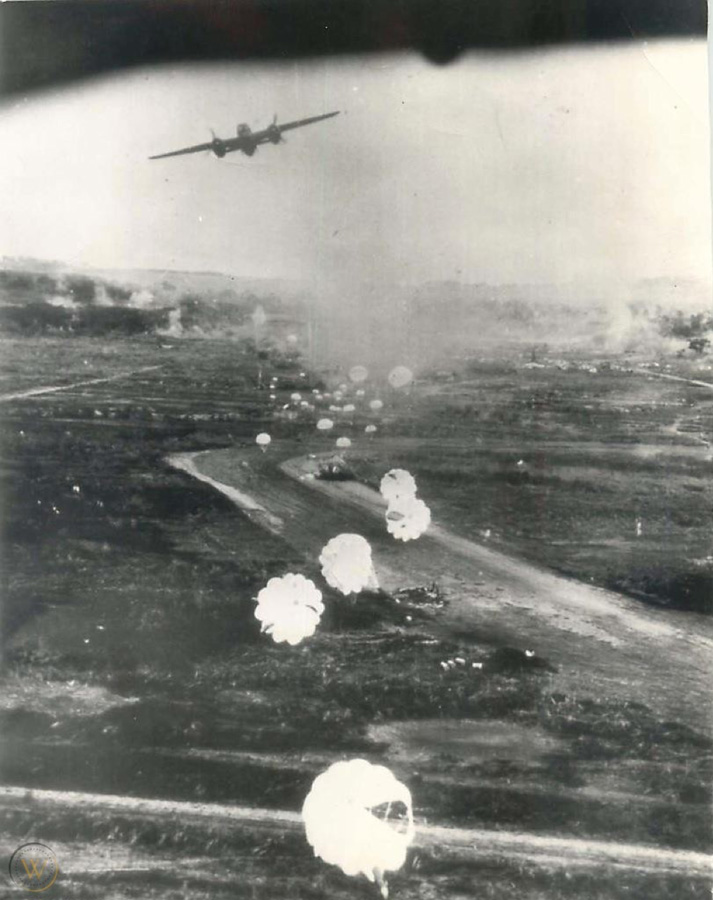 His remarkable story is well worth further reading. Much more in-depth information on Pappy Gunn’s life and service can be found in General George Kenney’s book The Saga of Pappy Gunn, and in John Bruning’s book Indestructible: One Man’s Rescue Mission That Changed the Course of WWII.