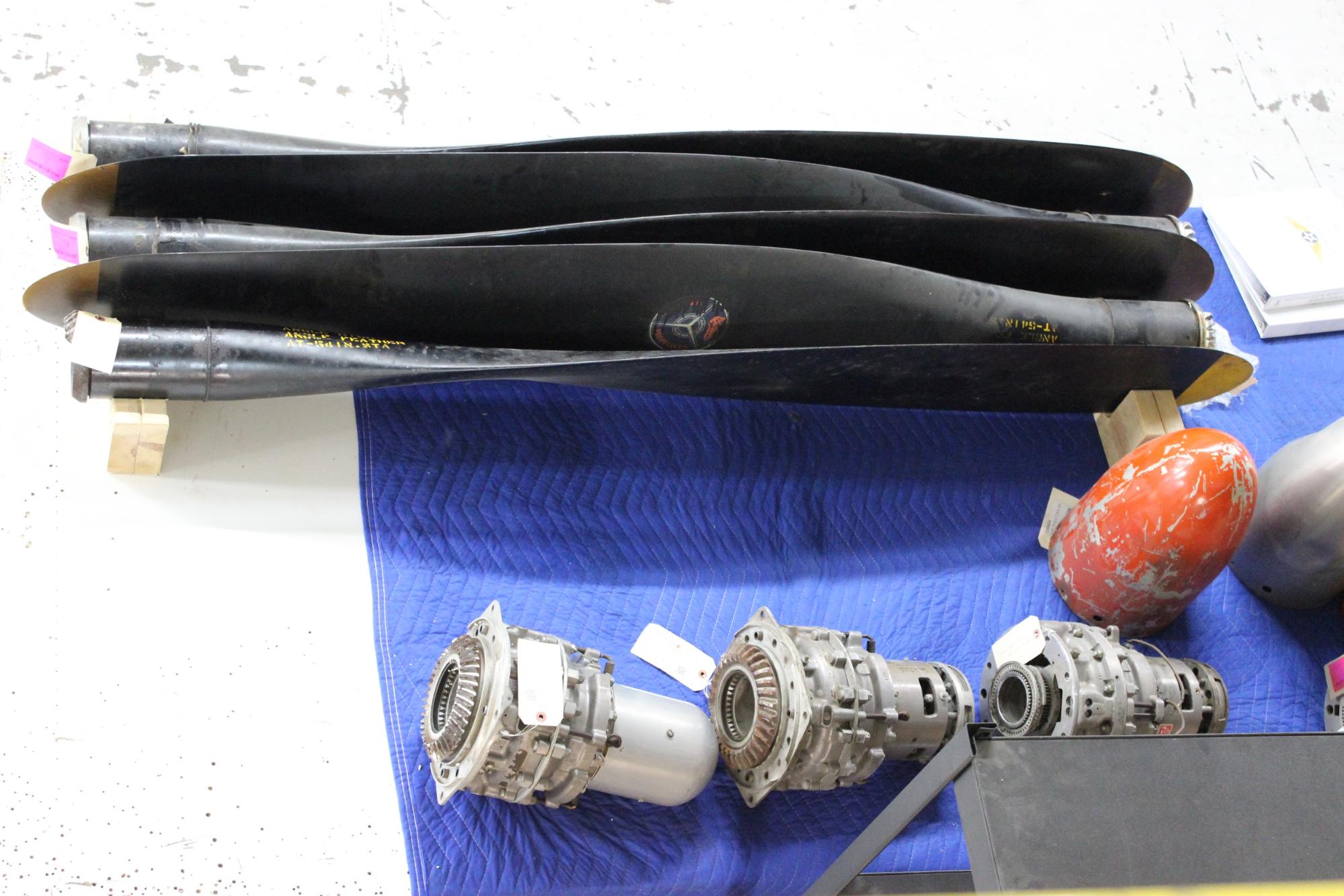 Here is an overhead view of the propeller components on a rolling cart.

This month, propeller components were inspected for possible overhaul and use in the P-47 project. Wing assembly continued with work on the leading edges and ammunition boxes. Drop tank/bomb release cables and a vent for the main fuel tank were installed in the fuselage.

The P-47-23RA used a Curtiss Electric propeller with symmetrical paddle blades to take advantage of the additional power of the water injection system on the -23RA model.

As has been the case for several weeks, the wing assembly is the main focus in the restoration shop.

Systems installation in the fuselage is a long process. Here are a couple of examples of the work completed this month. 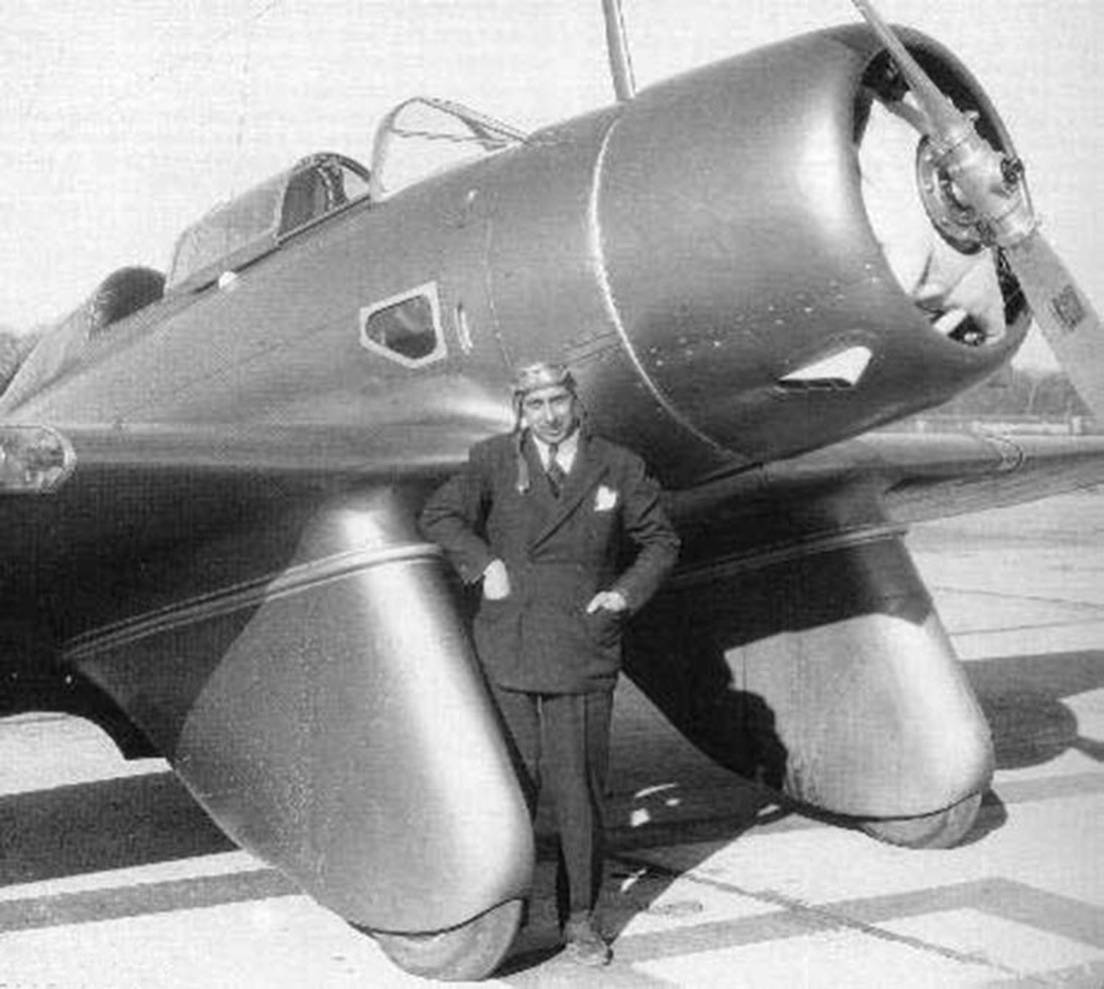 Alexander P. de Seversky was one of the great aviation innovators of the 1930s. The Seversky Aircraft Company he started eventually became Republic, though de Seversky had lost control of the company by the time it was reorganized as Republic Aviation Corporation.

De Seversky hired Alexander Kartveli as assistant chief engineer, and eventually Kartveli would be in charge of all designs created at Seversky Aircraft Company.

Despite being pushed aside, de Seversky’s influence on the designs that gradually evolved into the P-47B must be recognized. 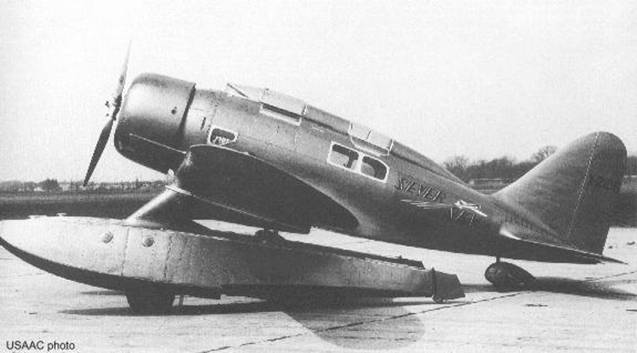 One reason for the speed attained by the SEV 3 was the semi elliptical wing.  Kartveli designed a wing that had almost all of the efficiency advantages of the true elliptical planform, but substituted  a straight leading edge that was simpler (and cheaper) to manufacture. The broad thin wing design was a feature of the P-47B and subsequent versions more than 10 years later.

The Army Air Corps ordered 30 of the landplane version of the SEV 3 to be used as basic trainers, and designated them as the BT-8. However, they proved to be unsuccessful in that role, and were replaced by the much better known North American BT-9. 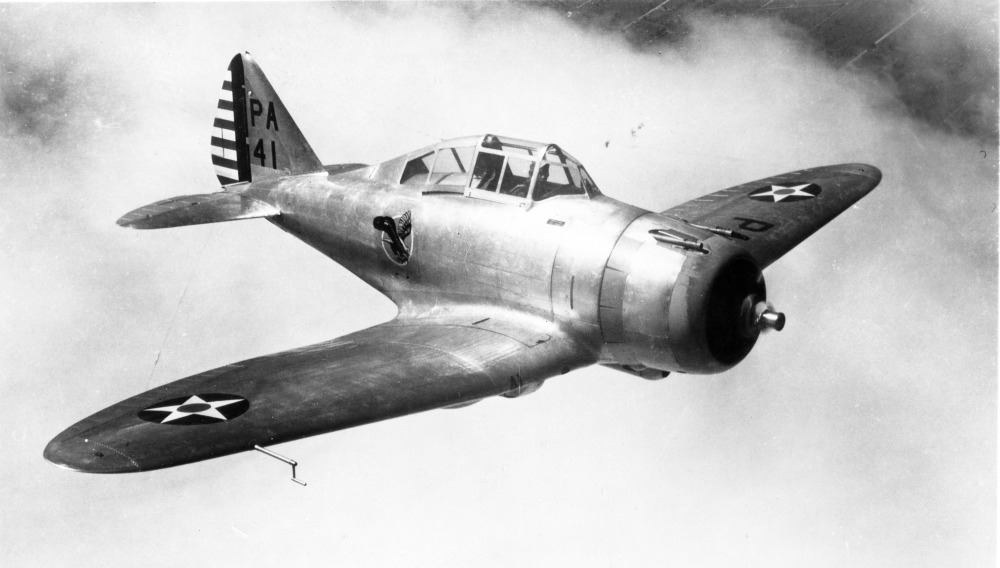 The next significant development in the P-47 lineage was the P-35. It was a design based on the SEV 3, but with a completely redesigned fuselage, tail surfaces and retractable landing gear. The design was created to meet the requirements for an Army Air Corps pursuit design competition. The competition took place in August 1935, but the deadline was extended to April 1936 after Curtiss-Wright complained about Seversky having extra time to refine their design. 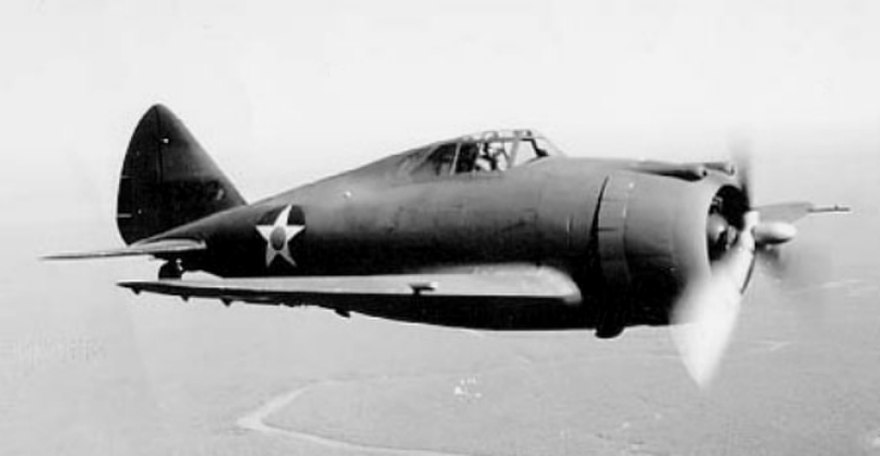 1939 brought another Army pursuit competition. The Seversky team improved on the performance of the P-35 with the next major design, the P-43 Lancer. It incorporated a belly mounted turbo supercharger, cleaner airframe, and landing gear that was much more streamlined in the retracted position. By 1942, 272 P-43s had been built.

An improved more powerful development, the P-44 Rocket was also designed but the contract was cancelled.

The US only used the P-43 for training and photo reconnaissance, but about 125 were sent to the Chinese Air Force through the Lend Lease program and saw combat.

The next Kartveli designs the XP-47 and XP-47A, are almost unknown today. They bore little resemblance to the P-47B. They were light weight, inline engine designs, and were much smaller than the production Thunderbolts P-47B through N. The development contract for the two was cancelled before any were produced.

Republic started a completely new design, but for some reason, reused the P-47 designation. The XP-47 and XP-47A are now just historical footnotes; but their existence as designs explains why the P-47 Thunderbolt model line begins with the XP-47B.