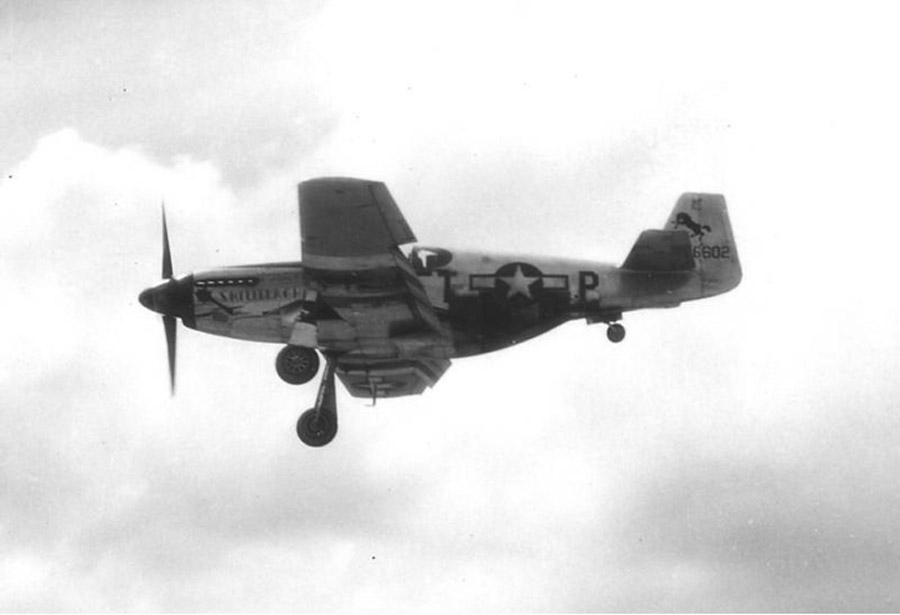 Wings of the North’s exciting latest restoration project honors Kenneth Dahlberg, David O’Hara and all the men of the 354th Pioneer Mustang Group. 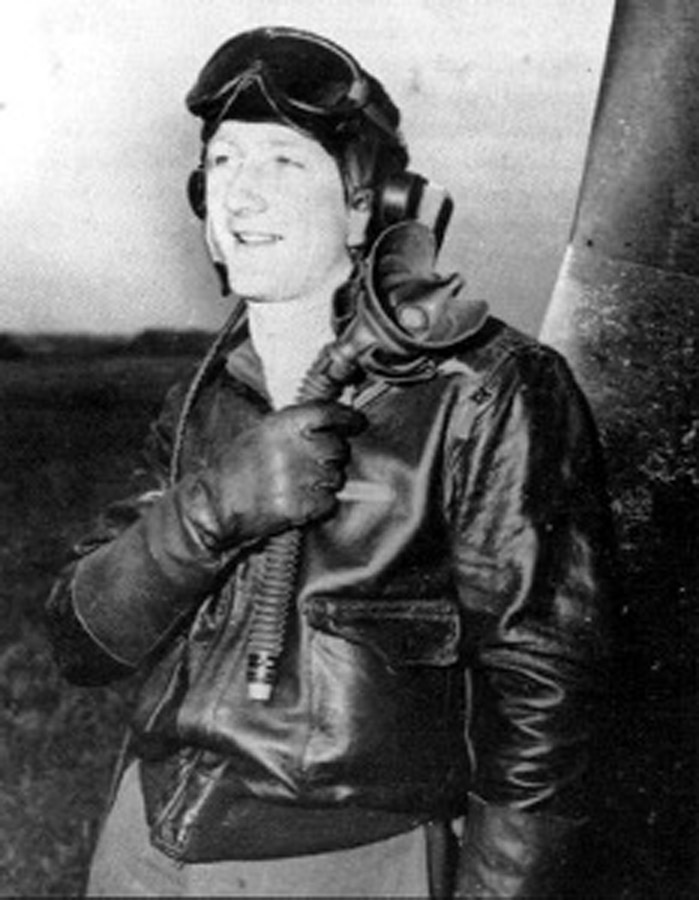 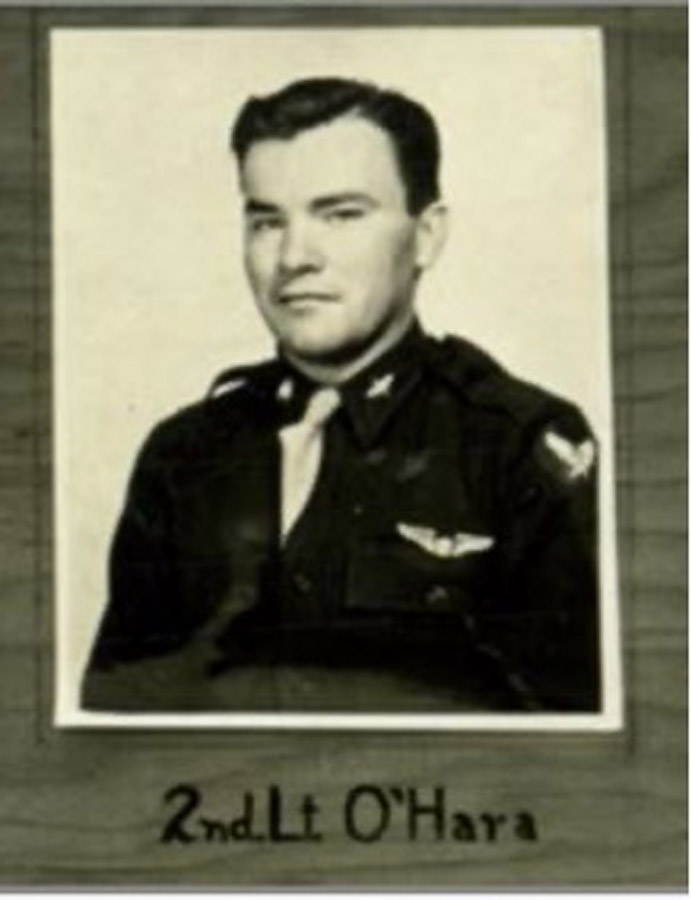 Both men flew the P-51B-10NA Mustang, Shillelagh, as did other members of the 353rd Fighter Squadron. Ken Dahlberg was shot down in this airplane, and escaped capture to return to his squadron. Shillelagh had been assigned to David O’Hara, and was the third Mustang assigned to him that was lost when another pilot was flying it. Shillelagh completed 95 missions over enemy territory, including on D-Day before the loss of the P-51 on August 16, 1944, when Ken Dahlberg was shot down while flying O’Hara’s P-51.

As the restoration proceeds, we will tell Ken and David’s story, and that of Shillelagh. 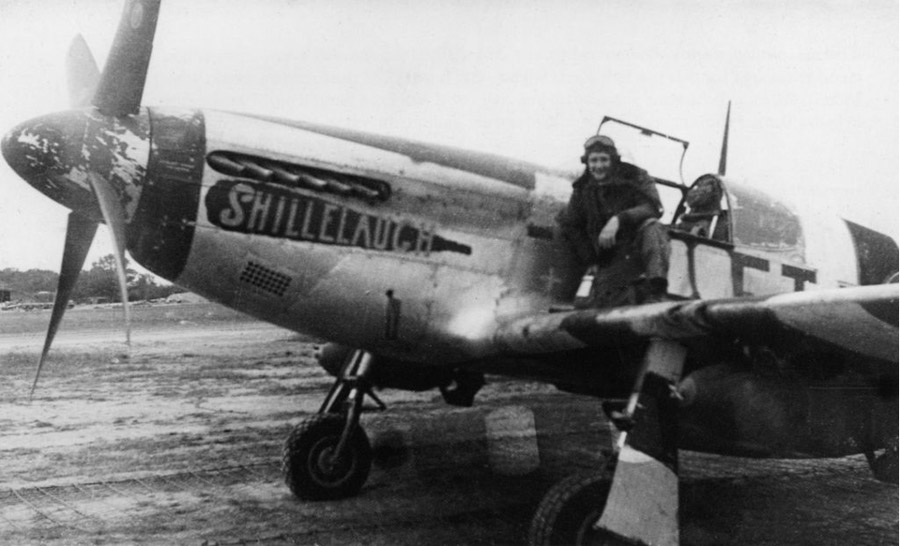 The nose art was originally a club like Shillelagh, but spelled Shillelaugh. Over the night of June 5, 1944, full D-Day invasion stripes were applied.

At the time that the invasion stripes were ordered removed from the upper surfaces and top half of the fuselage., the Mustang likely received a “freshening up “ of the paint scheme. The nose art name was now spelled Shillelagh, with a spiked club painted forward of the name. 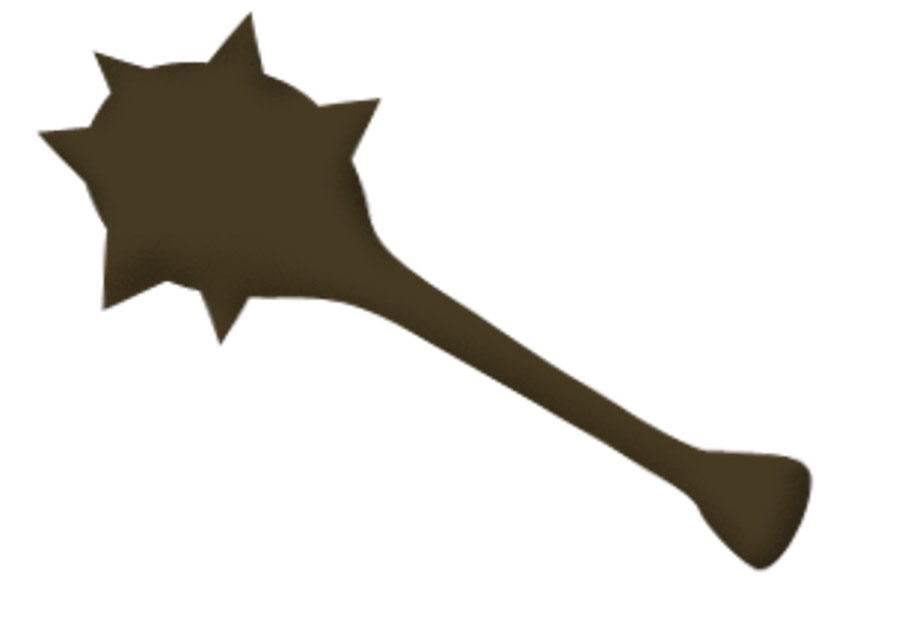 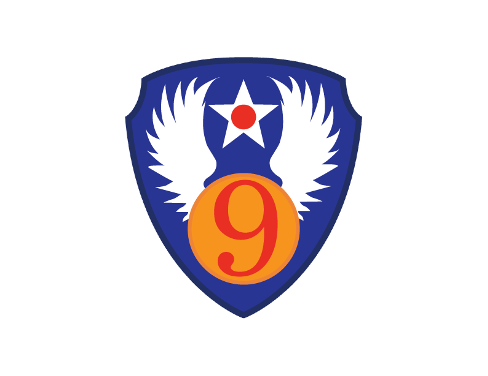 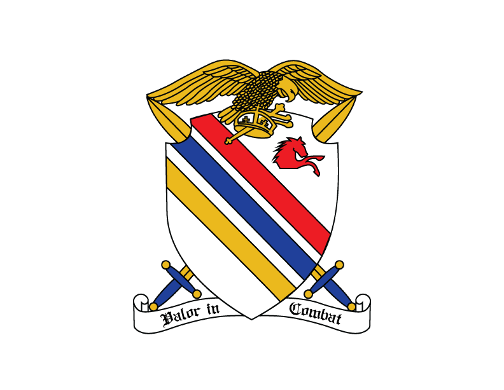 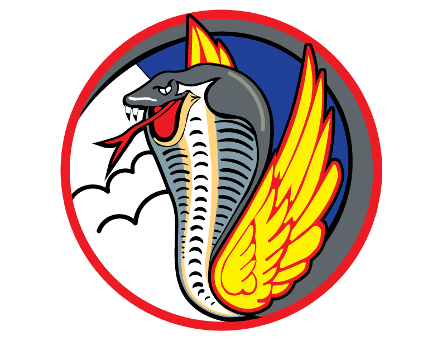 VIDEO BY WINGS OF THE NORTH

Wings of the North Museum has chosen AirCorps Aviation to restore Shillelagh. The first steps in restoration are to evaluate what is on hand and begin making parts that are not.

The first assembly to be completed for this Mustang is the empennage. 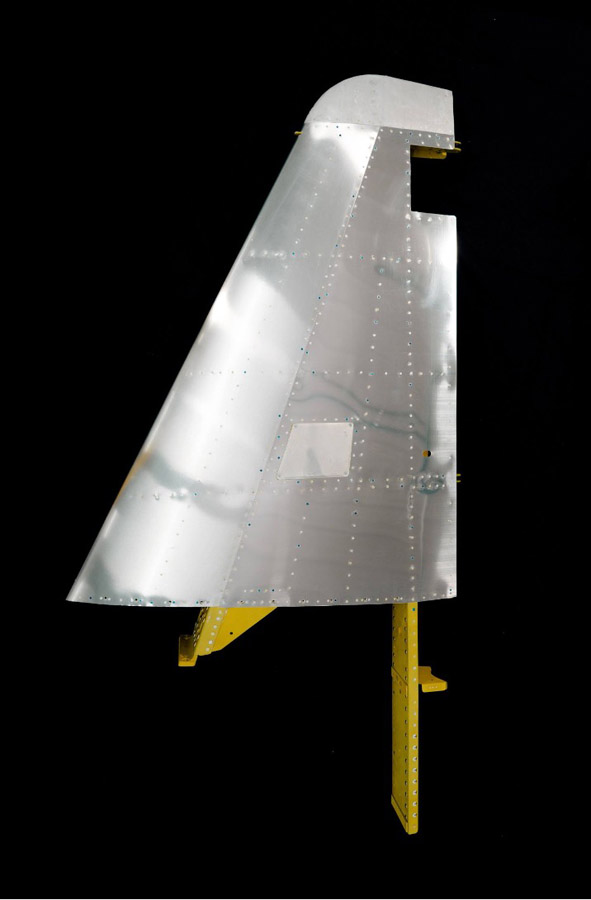 The vertical fin has been completed. 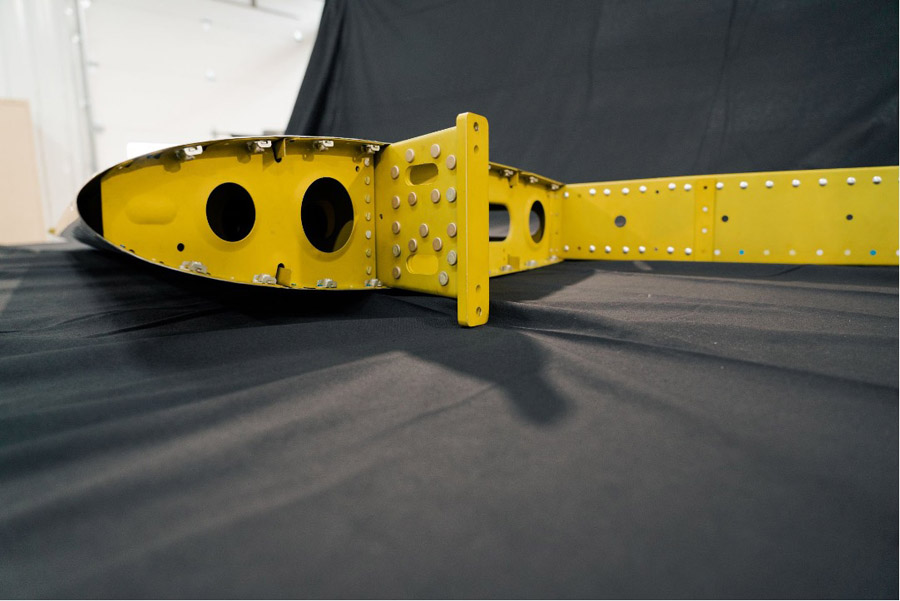 The rib at the base of the vertical is visible here. 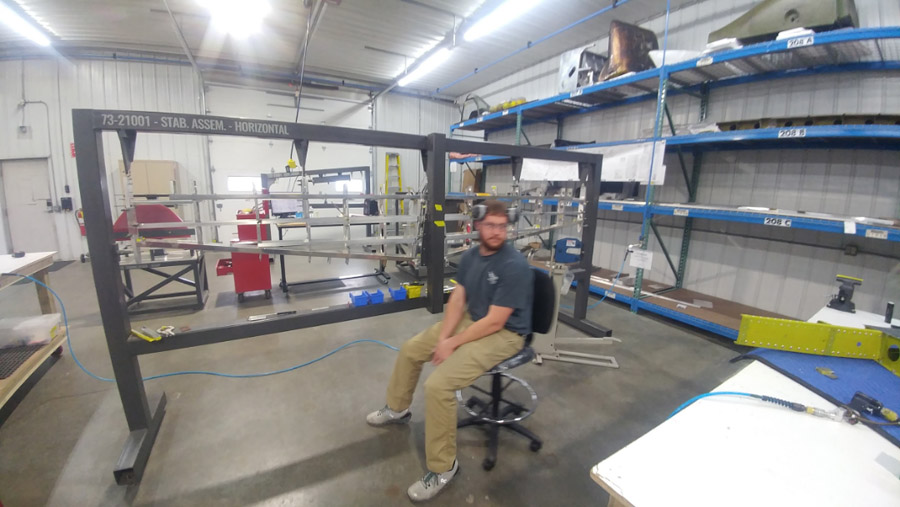 Neil is working on the Shillelagh horizontal stabilizer. 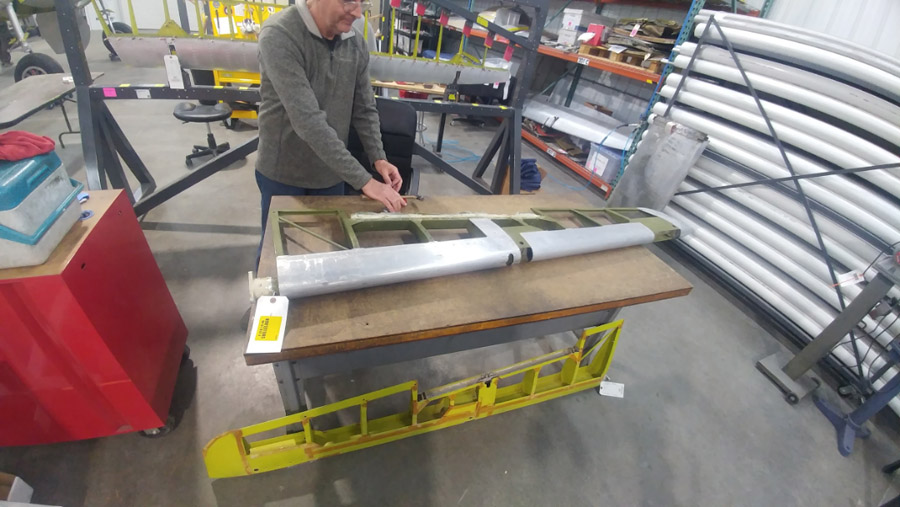 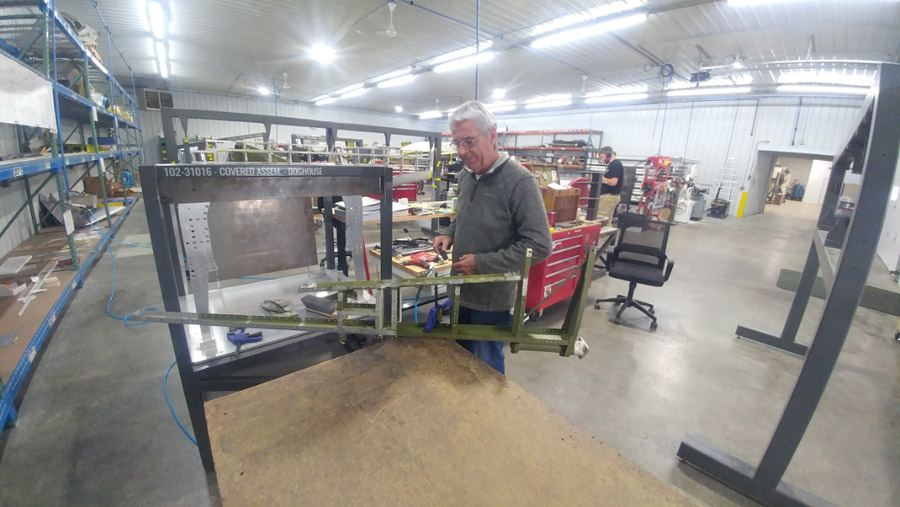 Here, Richard works on the rudder for Shillelagh. 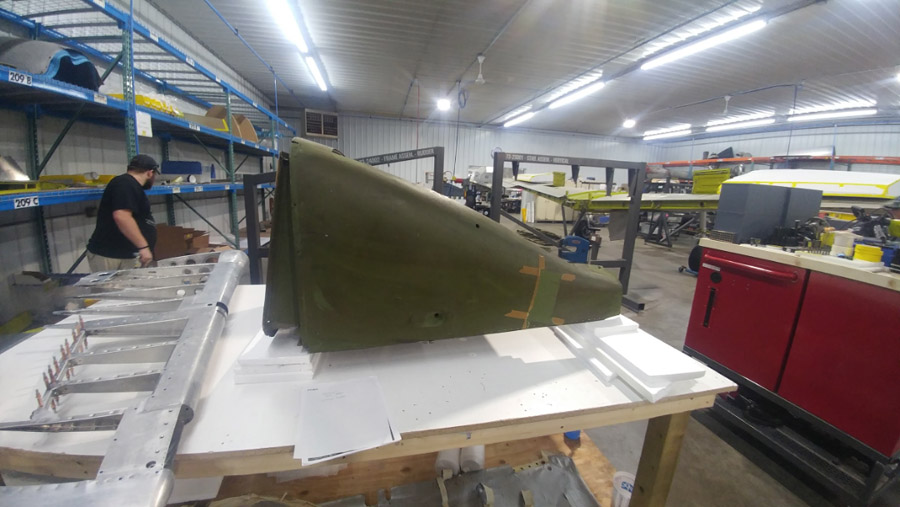 This is the area of the under fuselage scoop that houses the exit door for the cooling air. 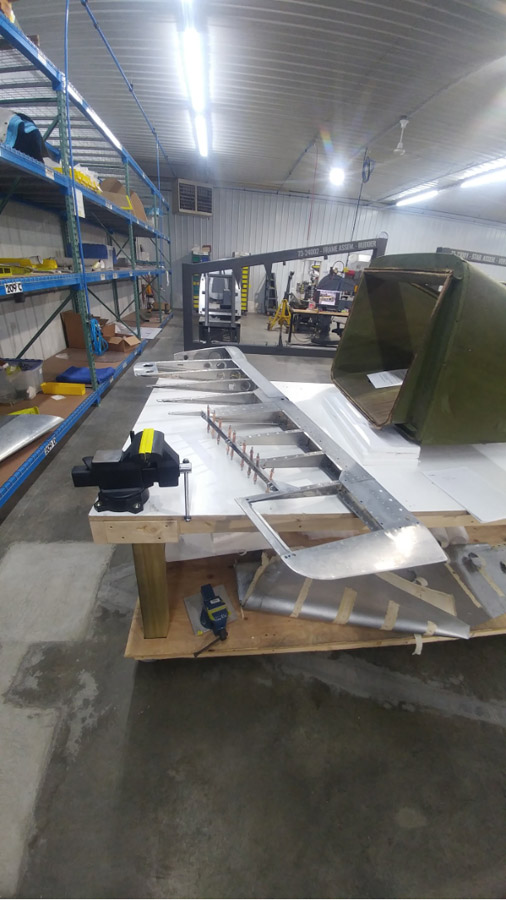 The rudder framework is nearly complete. 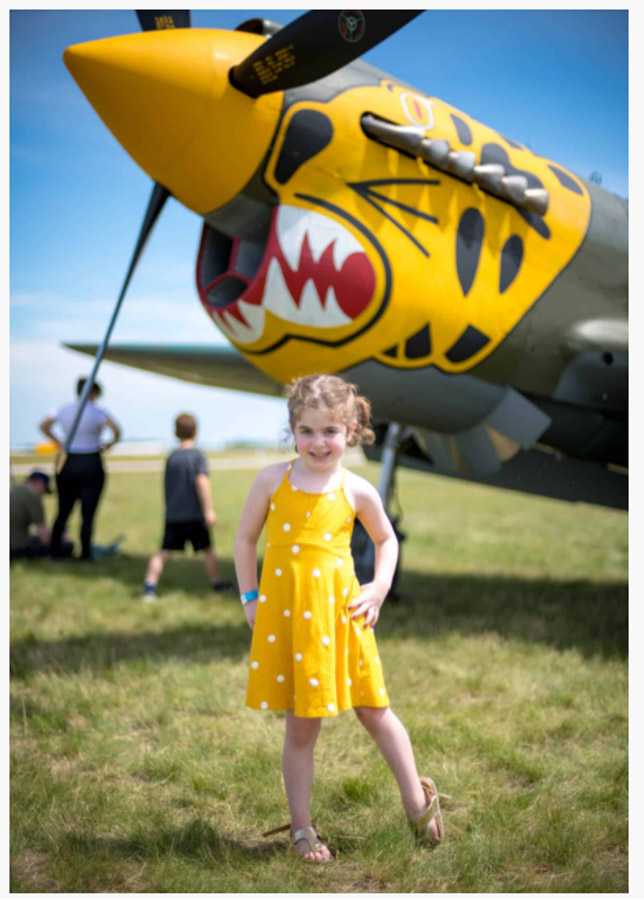 Fun for the whole family! Photo, Wings of the North, wotn.org/airexpo/

See aviation history and the completed warbird restorations fly at Flying Cloud Field on July 24th and 25th as AirExpo returns after the national shutdown of 2020!

Details and updates available at the Wings of the North FaceBook page:

It will be a great airshow and proceeds will help Wings of the North Museum continue their fine work preserving history, honoring our vets, and flying their amazing collection of warbirds.