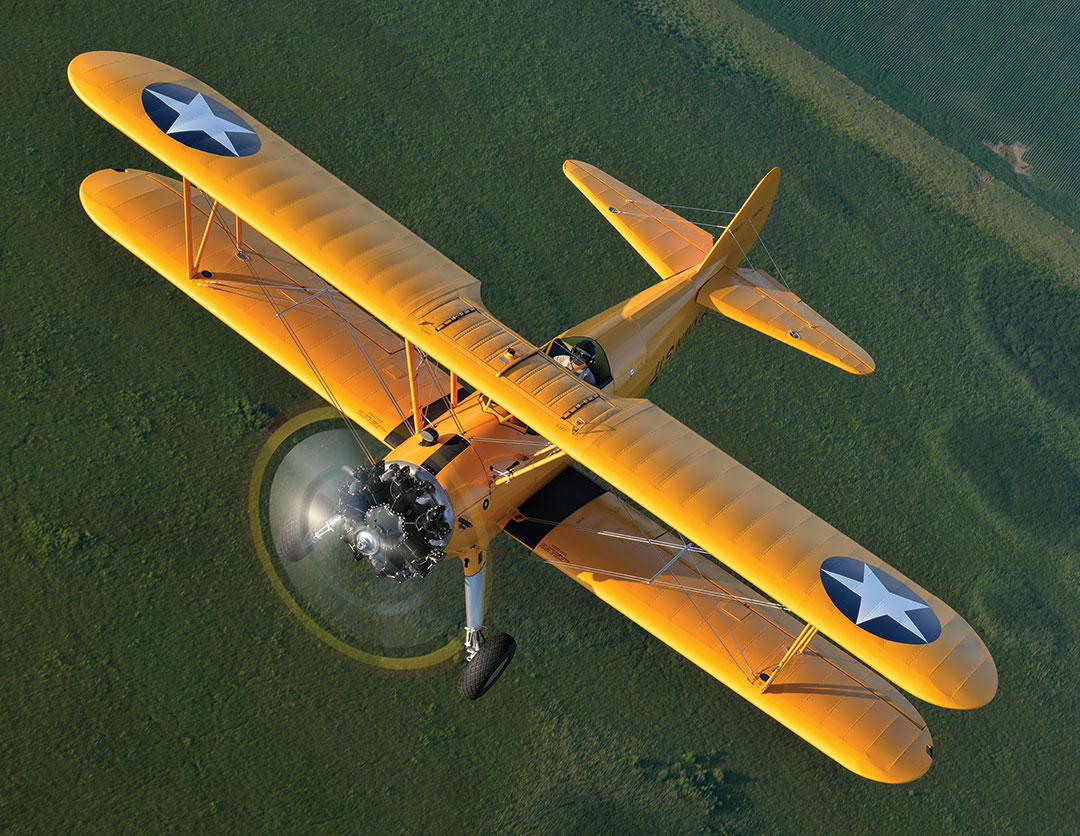 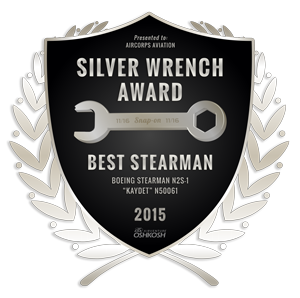 This particular Stearman N2S-1 Bureau Number 3347, Serial Number 75-1124 is one of five known to still exist that were flown by President George Herbert Walker Bush as a cadet in the Navy.  He flew her in training in the cold Minnesota winter at Wold- Chamberlain Airfield,  Naval Air Station  in Minneapolis.  ( Now Minneapolis- St. Paul  International).  Open cockpits in February had to be brutal up here in the frigid  north. He took his first flight in an NP-1 on November 21, 1942 and the last Minneapolis flight in his log was on February 9, 1943.  He logged 82.5 hours in that span of time and passed all checks with no extra time or rechecks. 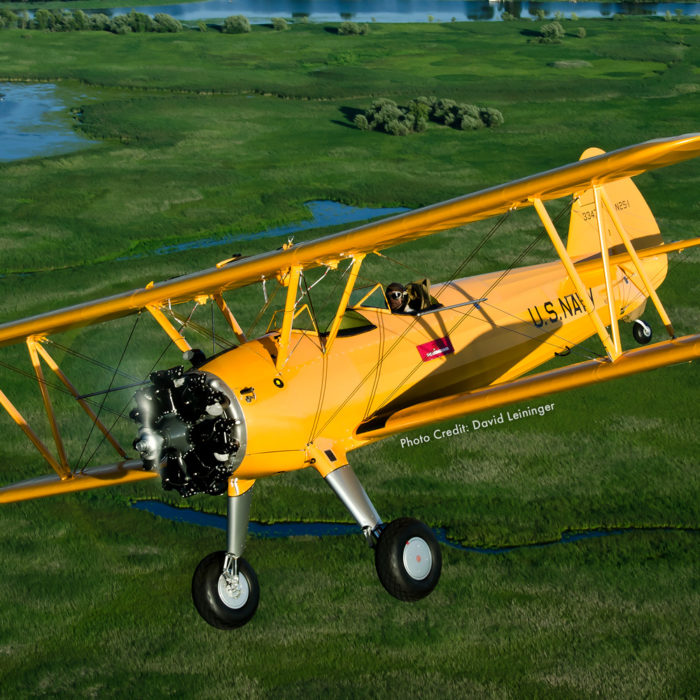 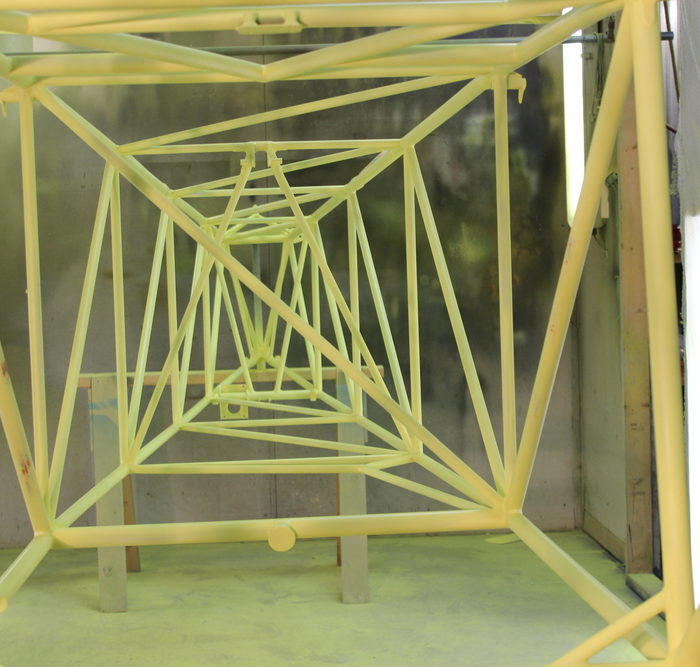 March work on the Bush Stearman 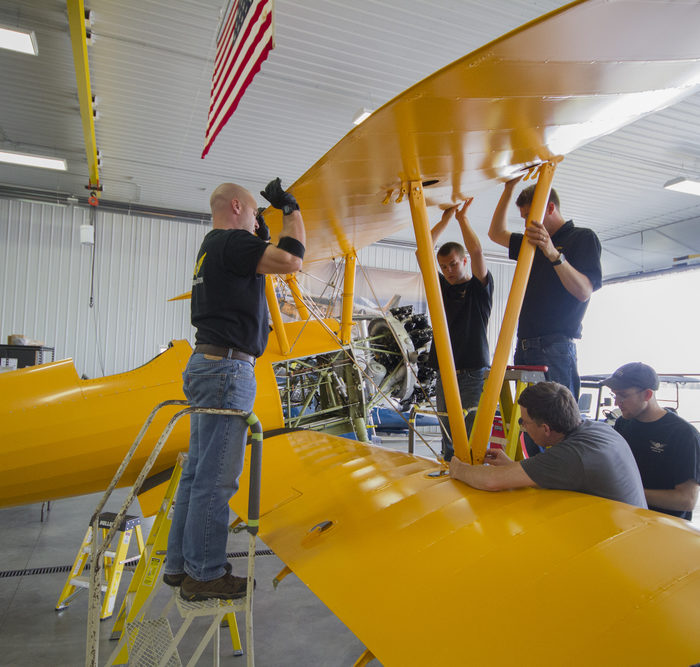 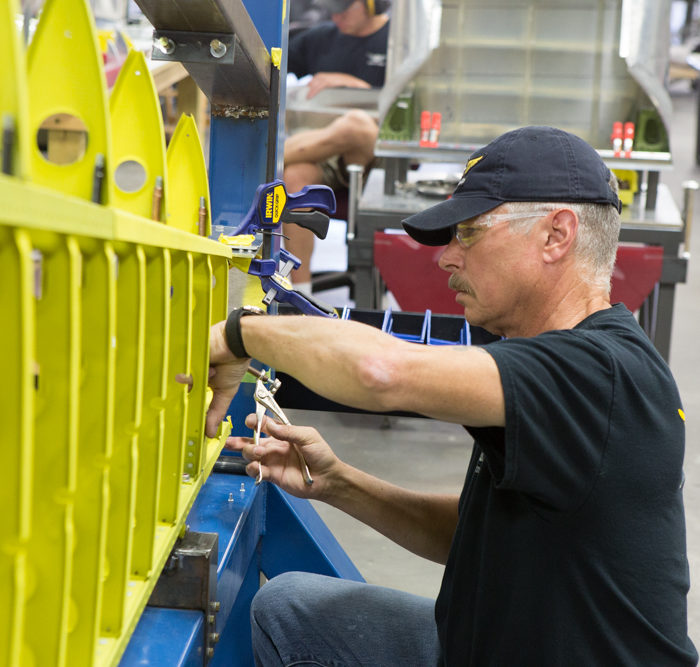 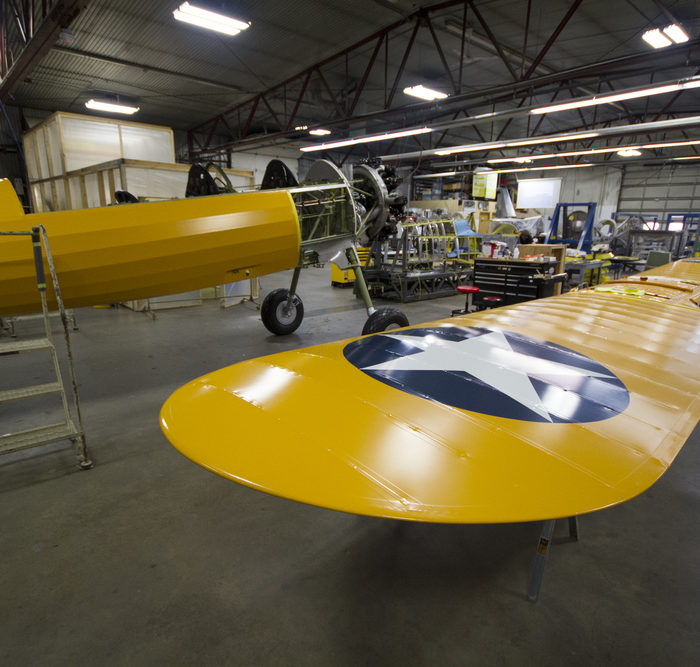 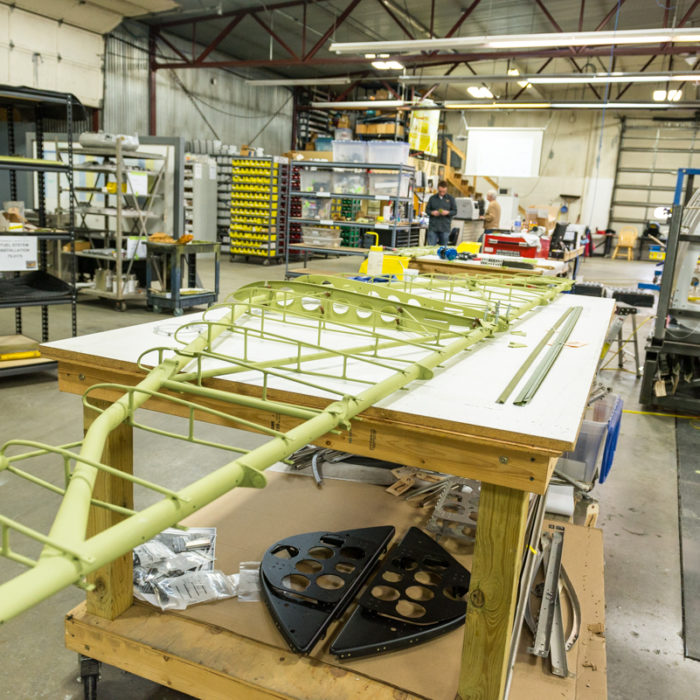 April update on the Bush Stearman 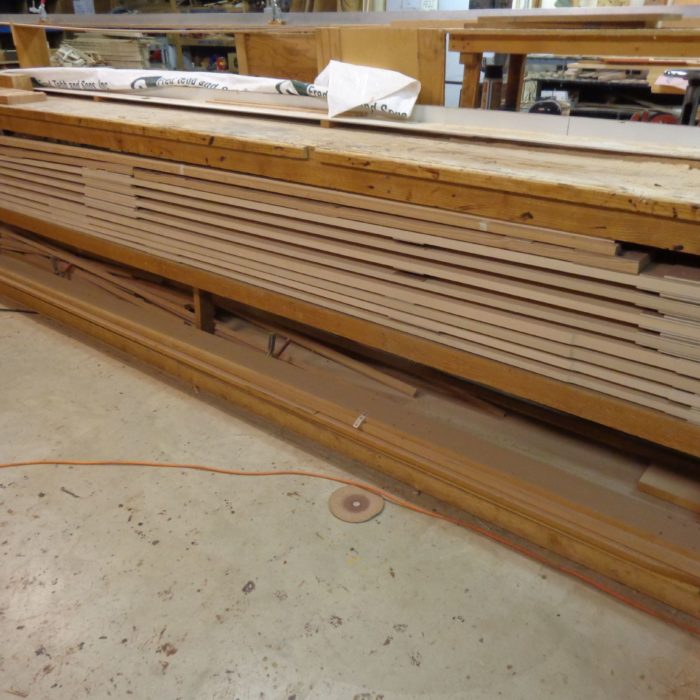 Progress on the Stearman’s wings at Big Sky Stearman 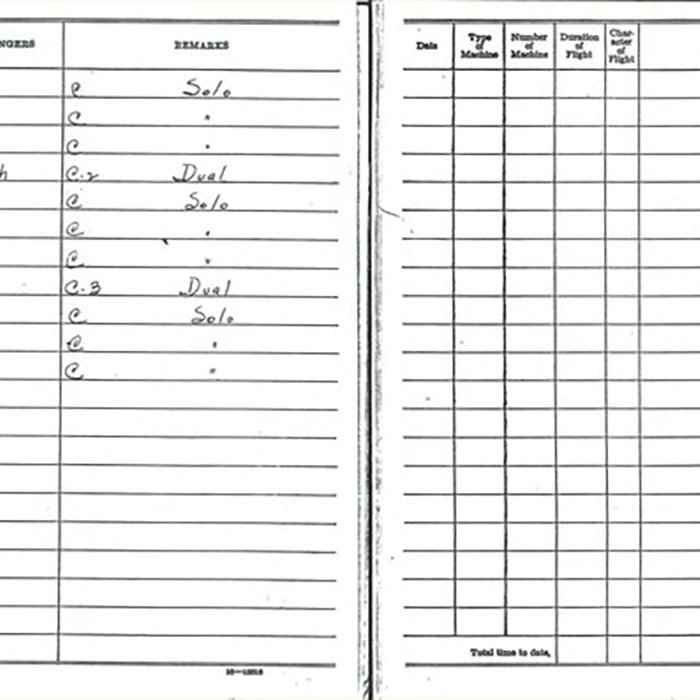 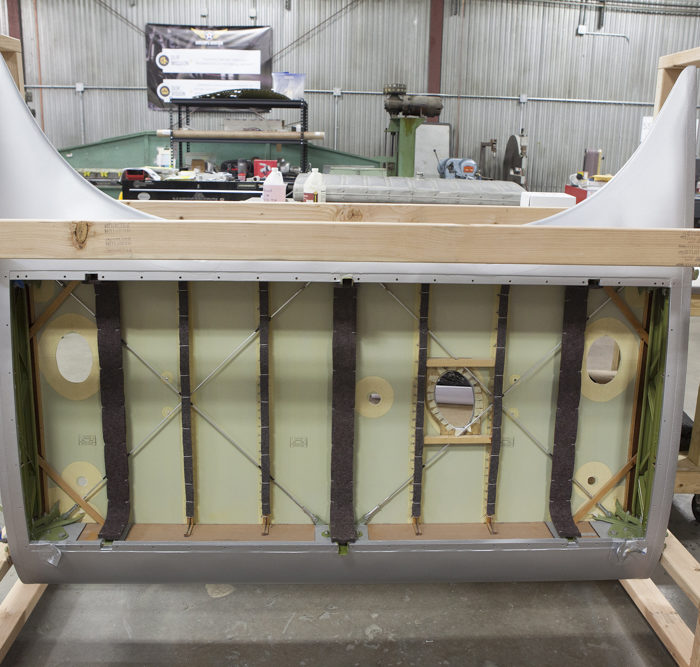 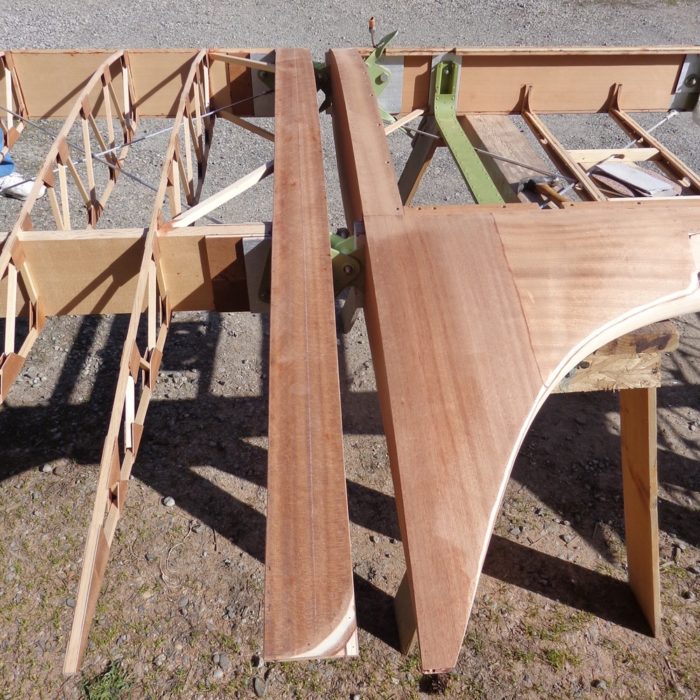 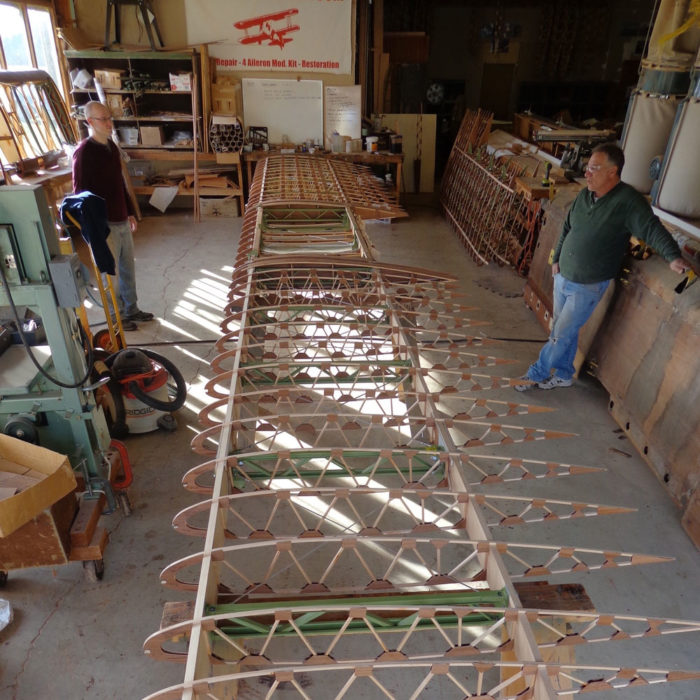 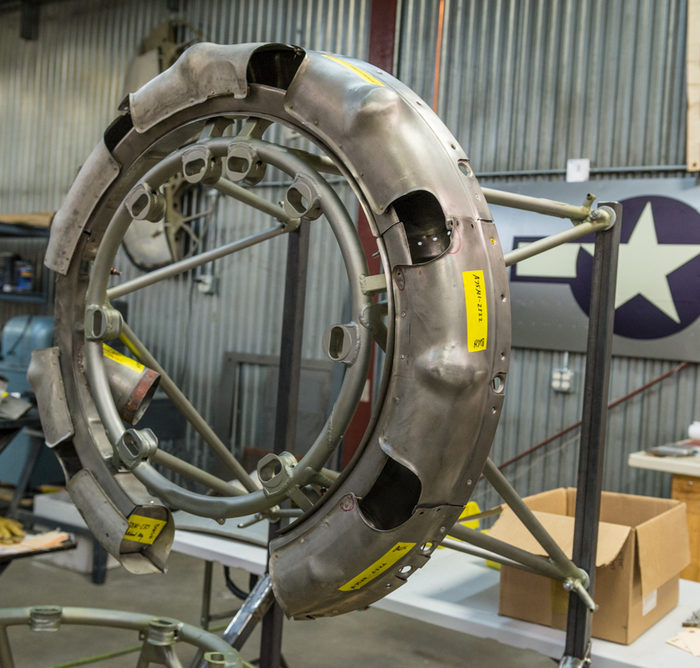 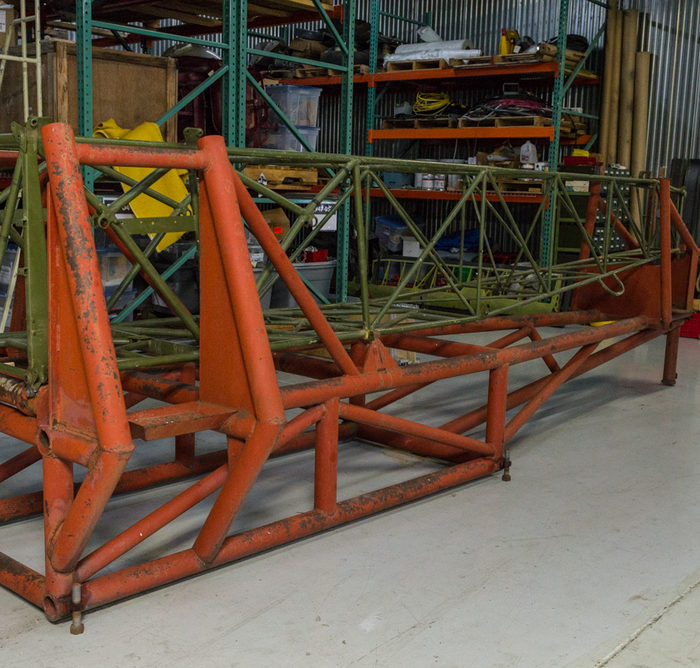 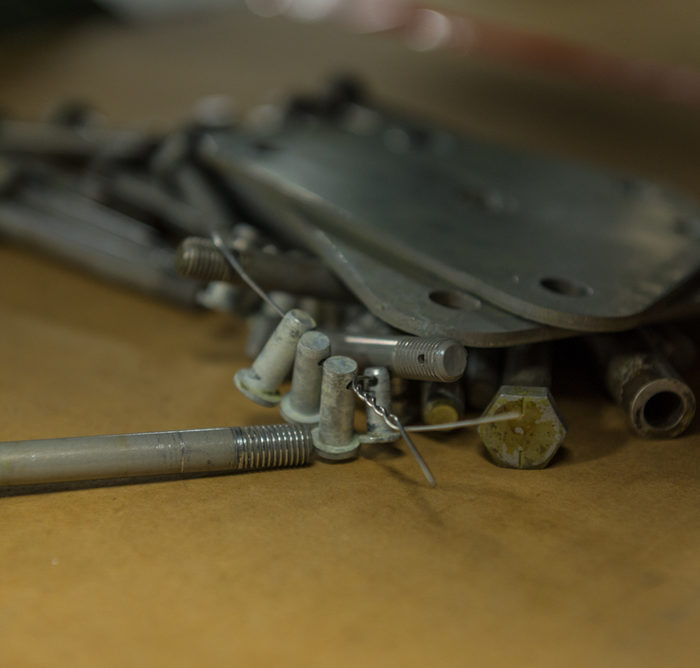 ARTICLE: “Stearman One” A Presidential Kaydet 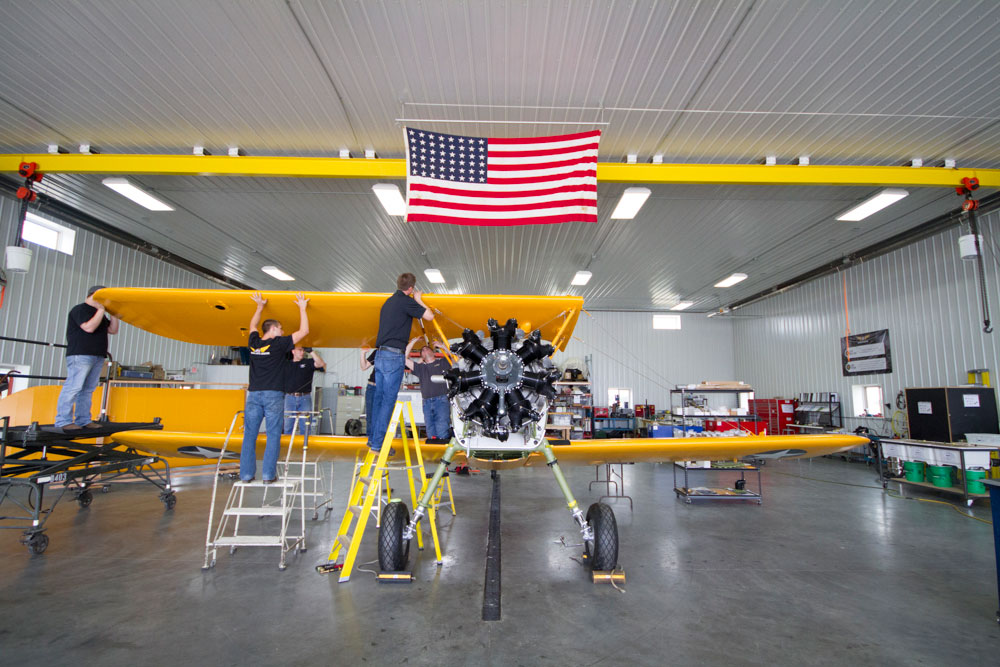 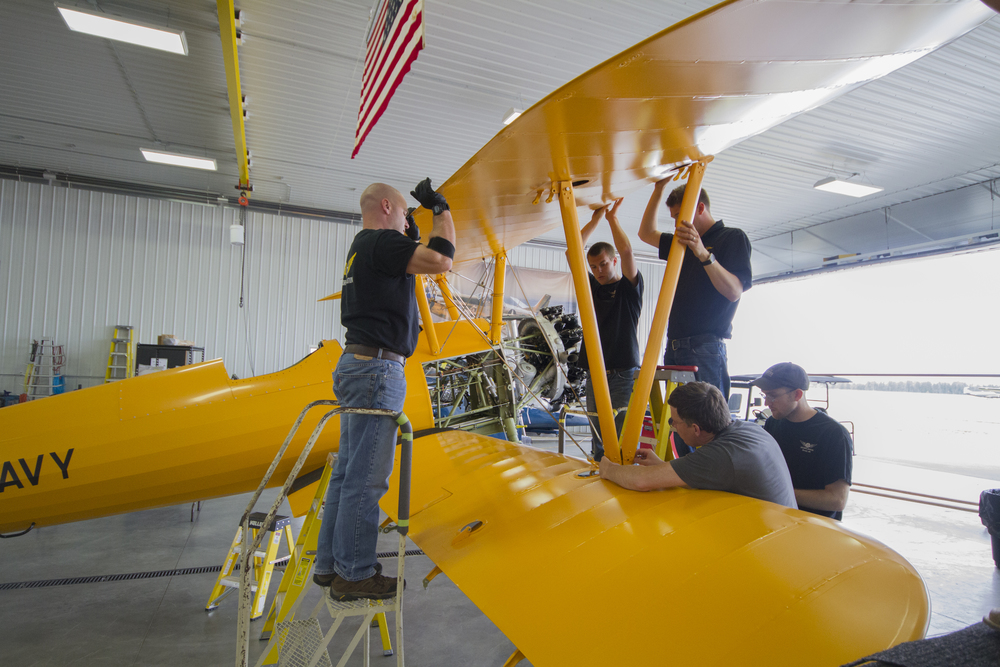 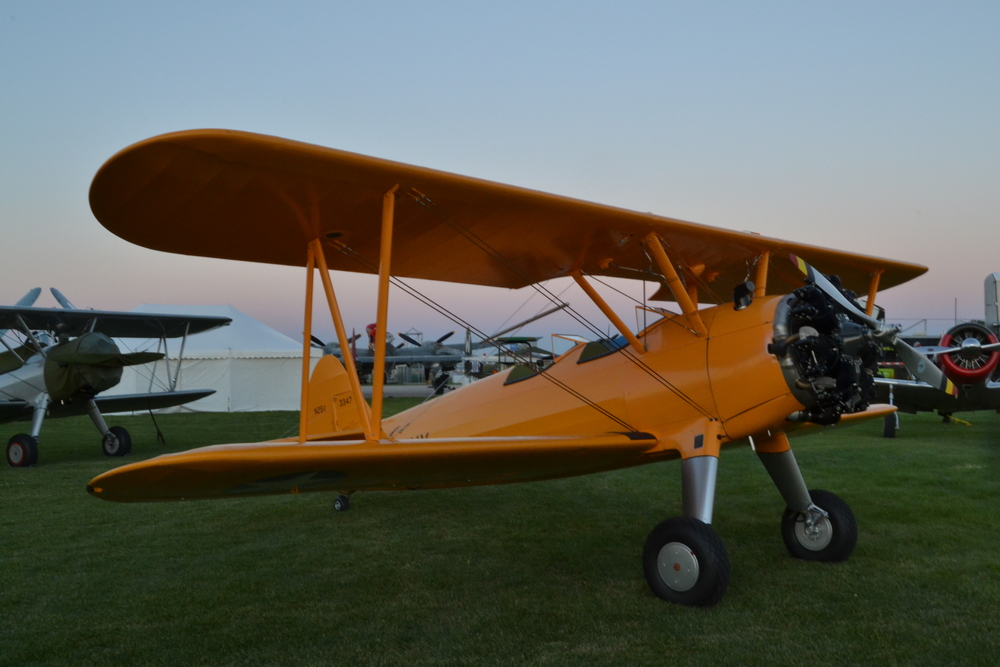