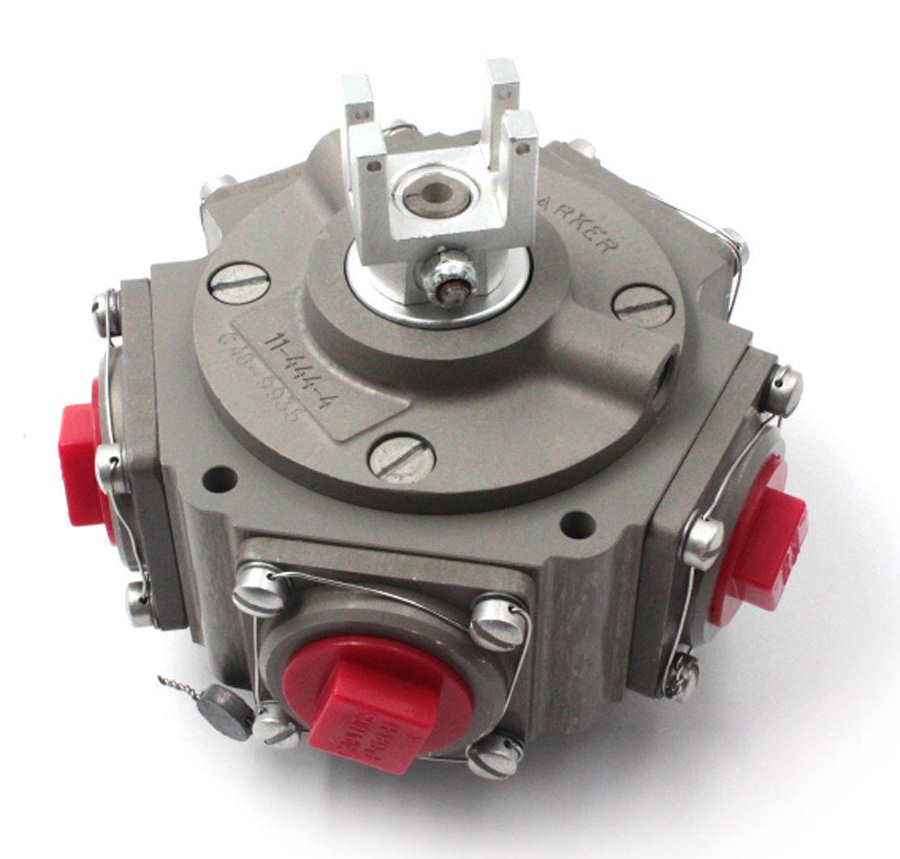 Nobody wants fuel management problems while maintaining or operating any aircraft. For obvious reasons the maintenance and operation of the P-51 Mustang fuel selector is critical. Fortunately there are measures and fixes that almost eliminate the likelihood of selector maintenance problems and failure modes. AirCorps Aviation in Bemidji MN has compiled a comprehensive explanation of the Parker Appliance Company fuel selector with the belief that it is something every pilot and mechanic involved with a Mustang should thoroughly understand. Read on to learn why…

The VALVE ASSEMBLY – FUEL SELECTOR (P/N – 122-48347), is mounted in the left wheel well recess.[1] The valve has five sources or inlets to which fuel lines are attached. 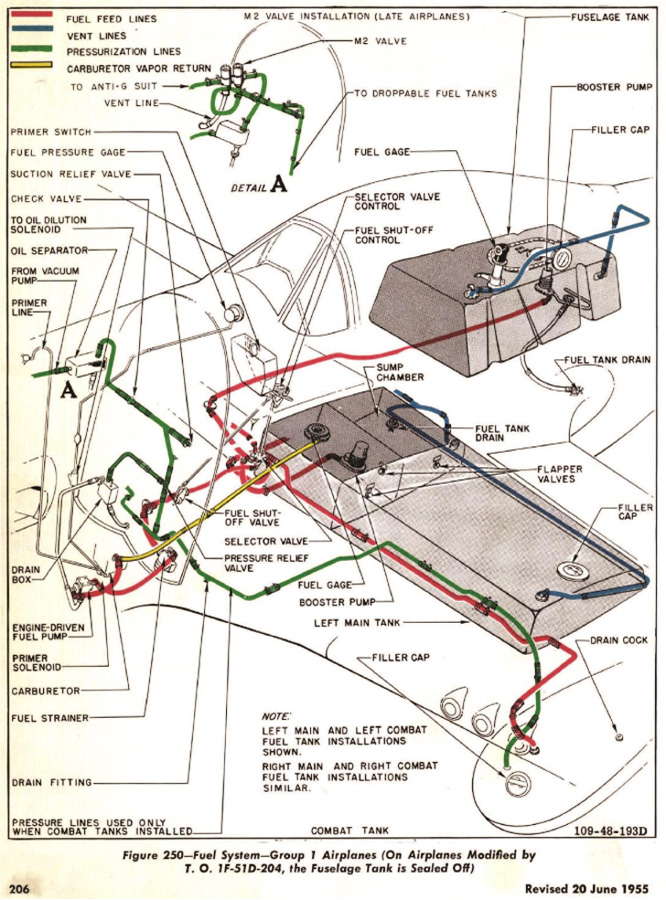 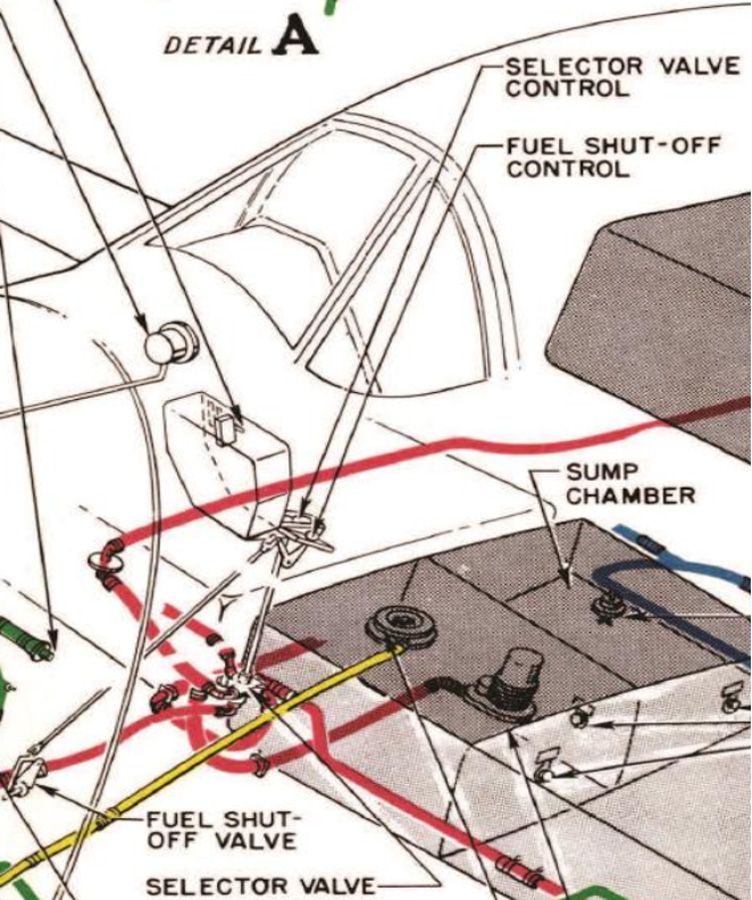 The 11-444-4 fuel selector valve allows the operator to select fuel supply and direct flow. Parker fuel selector valves have a cylindrical rotor, movable by means of a yoke, which fits into a cylindrical hole in the valve body, where it is enclosed by bottom and top caps. The body consists of five ports and an outlet port in the bottom adapter. The rotor is drilled to conform to the desired flow with relation to the body ports. Pressure balanced sealing discs aid in obtaining a leakproof seal. Threaded ports are not machined in the valve body, but connections are made to port adapters which are secured to the valve body side ports by means of machine screws. 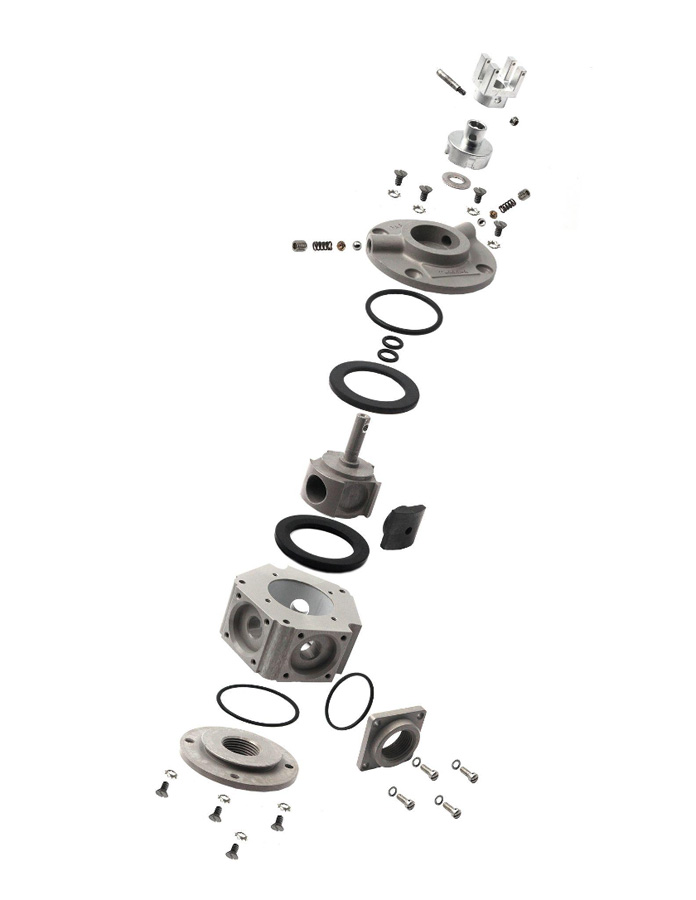 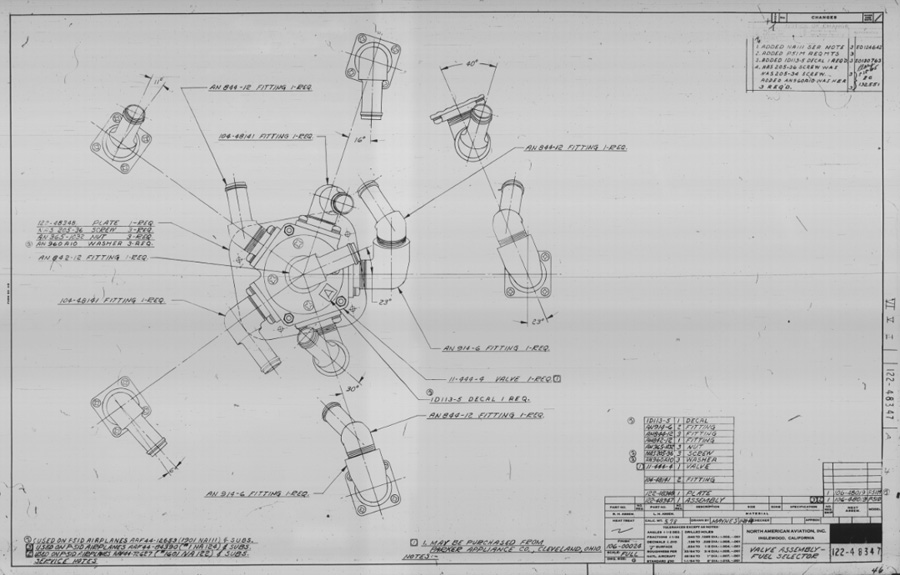 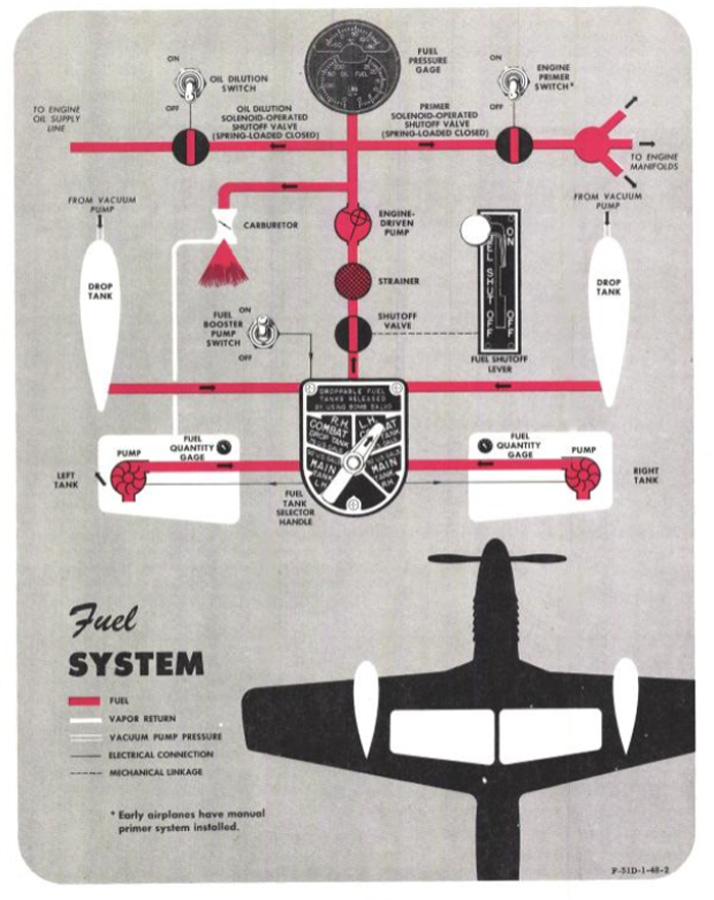 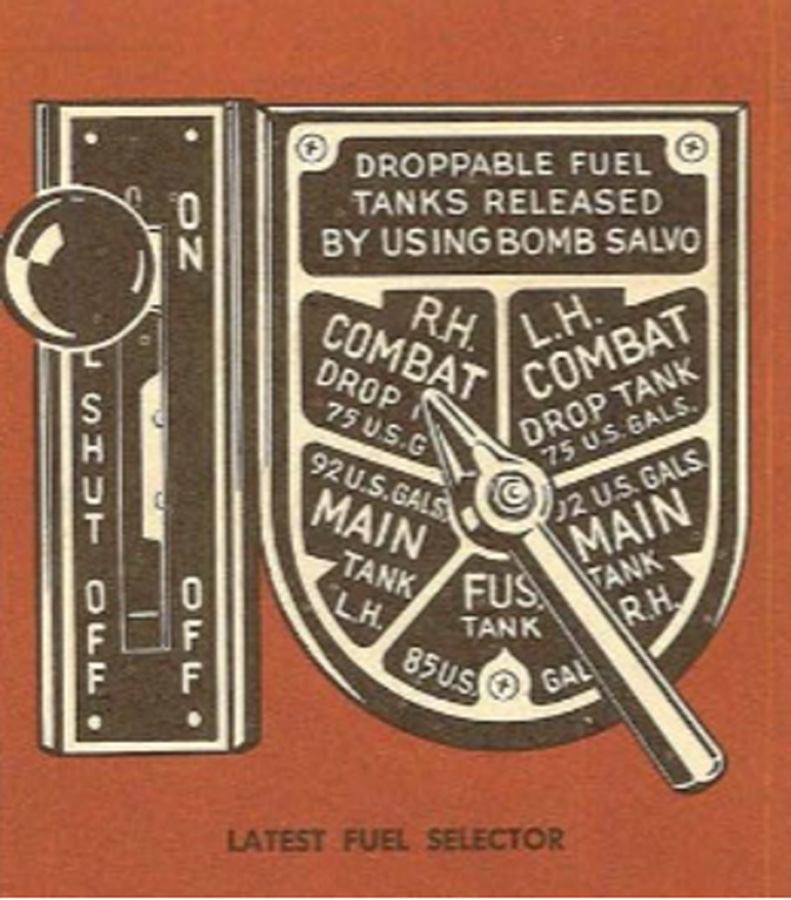 The fuel system consists of wing fuel tanks located in the inboard end of each wing panel. To supplement these tanks mustangs coming off the factory floor included a fuselage fuel tank and provisions for the installation of auxiliary fuel tanks on each wing bomb rack. The two main fuel tanks on all airplanes are equipped with a gravity-fed, submerged booster pump that receives power from the electrical system of the airplane. These pumps supplement the engine-driven fuel pump and supply the fuel needs of the engine at all altitudes if the engine driven fuel pump fails. Only one booster pump will be in operation at any one time, since the electrical circuit is connected by a switch to the fuel selector valve control handle, and the pumps are turned on or off by rotation of the selector valve control handle to the tank desired. A fuel shut-off valve is located in the left wheel recess, and its control handle is mounted just to the left of the fuel selector valve control handle. Fuel is drawn from the wing auxiliary tanks by the engine driven fuel pump. Normal fuel feed to the engine is maintained during steep climbs and dives through the incorporation of a sump chamber surrounding the booster pump in each main fuel tank. The sump chamber is formed by bulkheads fitted at the inboard end of each tank. Flapper valves in the bulkheads ensure one-way fuel flow through the sump chamber. The fuel injection-type carburetor is equipped with a vapor separation line ending at the left main tank fuel gage and utilizes an “IDLE CUT OFF” position for stopping an engine. All units of the fuel system are suitable for use with aromatic fuels.

The Merlin engine fuel selector in the P-51 was originally designed and engineered by North American on September 22, 1943. This design utilized a Thompson TCB-14800 selector for installation on both the P-51B, and P-51C under the 104-48140 part number.

In October of 1943, the revised design, P/N 106-48347, was drafted for production on the P-51D. This new selector still utilized the Thompson Products Co P/N TCB-14800 fuel selector valve. Improvements on this fuel selector included the addition of the 106-48348 Adapter Plate and some changes to the orientation of the fittings.

In November of 1944, the latest revision design, P/N 122-48347, was drafted for production on all subsequent P-51D Mustangs. This new selector was produced by Parker Appliance Co. P/N 11-444-4 fuel selector valve. Improvements on this fuel selector include the following:

North American Aviation also employed a Thompson Products Co P/N TCB-14800 selector valve installed in a serial block range of NA-122, NA-111, and NA-109 variants under P/N 106-48347. For purposes of this blog we have focused solely on the Parker Appliance company valve. The Thompson valve is single aluminum alloy casting with standard taper pipe threaded bosses. This valve is a tapered cone, synthetic rubber seal type that performs similar functions to that of the Parker valve. A visual breakdown of this Thompson Products fuel selector is to the right and outlined in Tech Order – Handbook with Parts Catalog for Fuel Line Selector Cock, AN 03-10-1, 20-Oct-1943 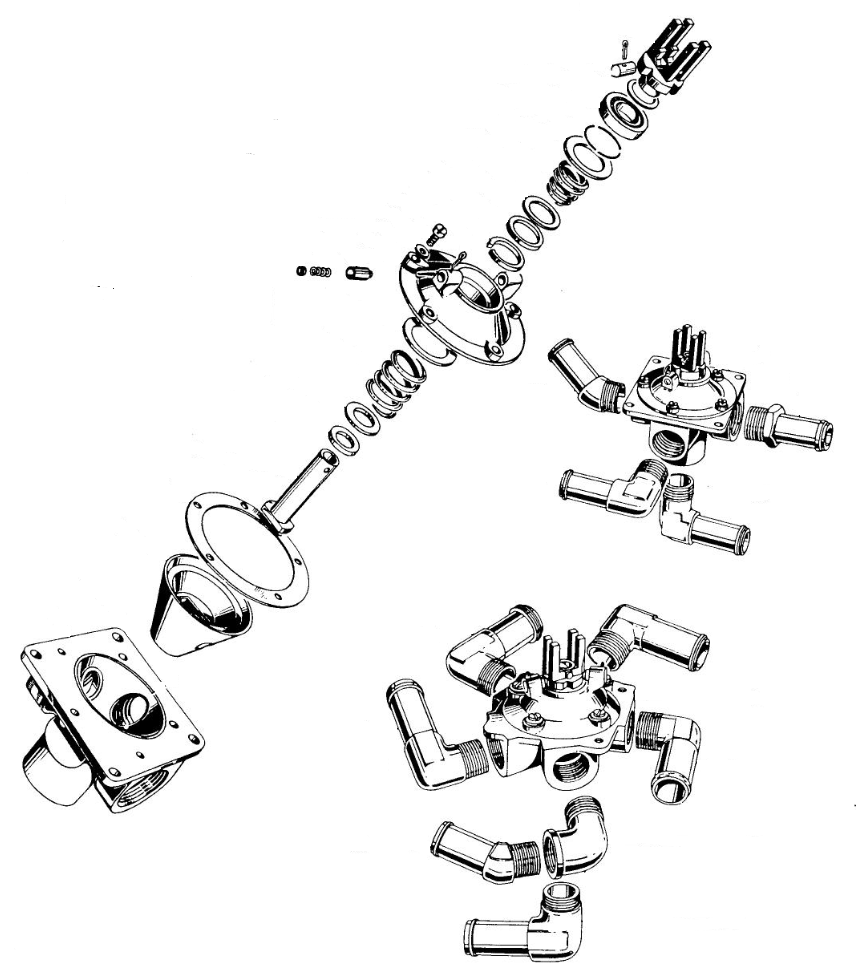 Disconnect all lines from the valve and tape open ends. Disconnect control rod, remove attaching nuts and bolts and remove valve from wheel recess. Instructions for removal and installation of selector are outlined in Tech Order – Maintenance Instructions for F-51D, F-51M, ZF-51K, and TF-51D, T.O. No. 1F-51D-2 (AN 01-60JE-2), 30-Nov-1956

Some key questions in determining if your 122-48347 Valve Assembly – Fuel Selector needs to be inspected / tested / replaced / repaired: 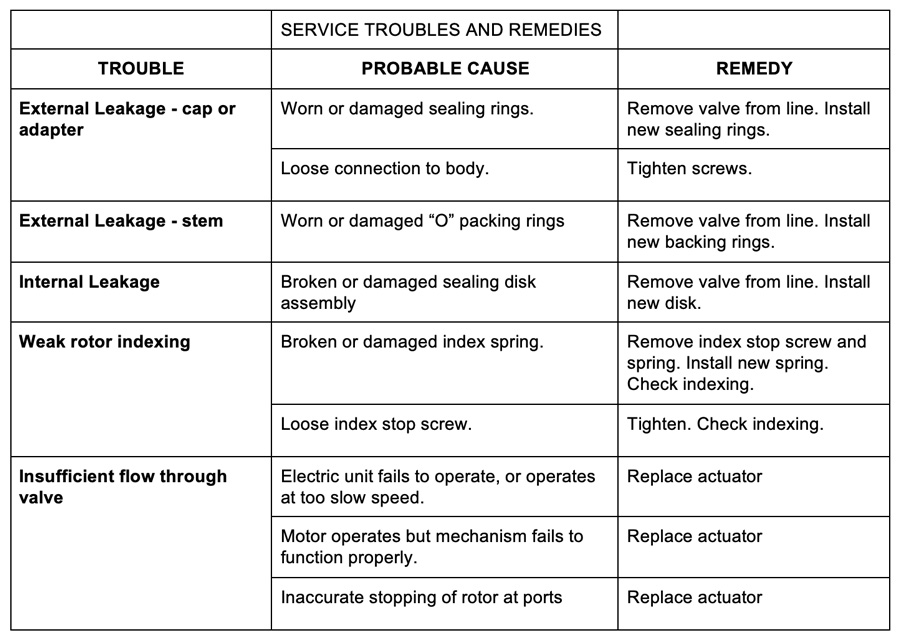 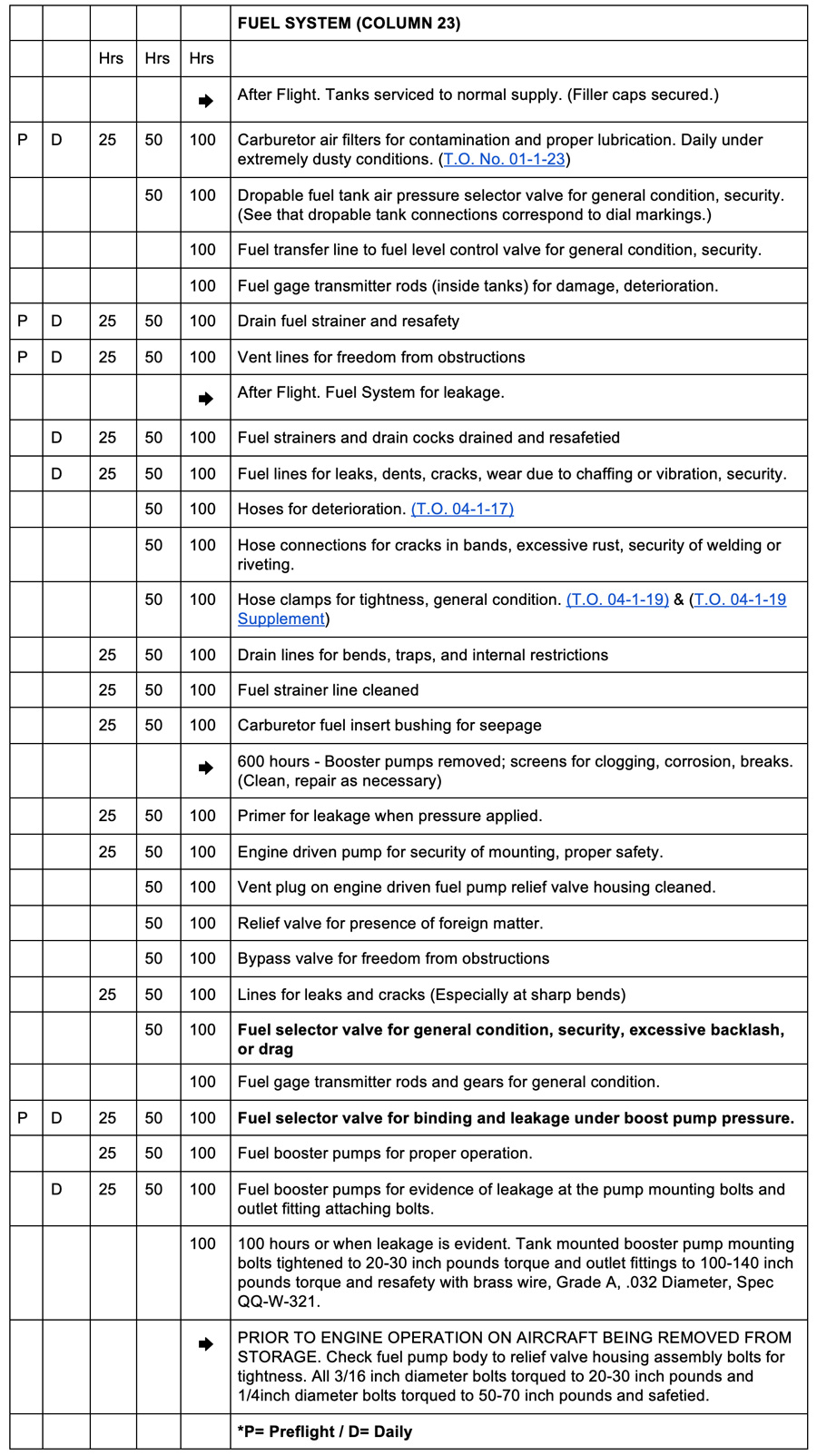 How to recognize – external leakage

How to inspect – remove selector, disassemble, and visually inspect

Tolerance of damage or wear : Zero

The most common failure occurs in the 4-1847-4 – Body – Fuel Selector Valve with pitting occurring in the cylindrical hole in the body. 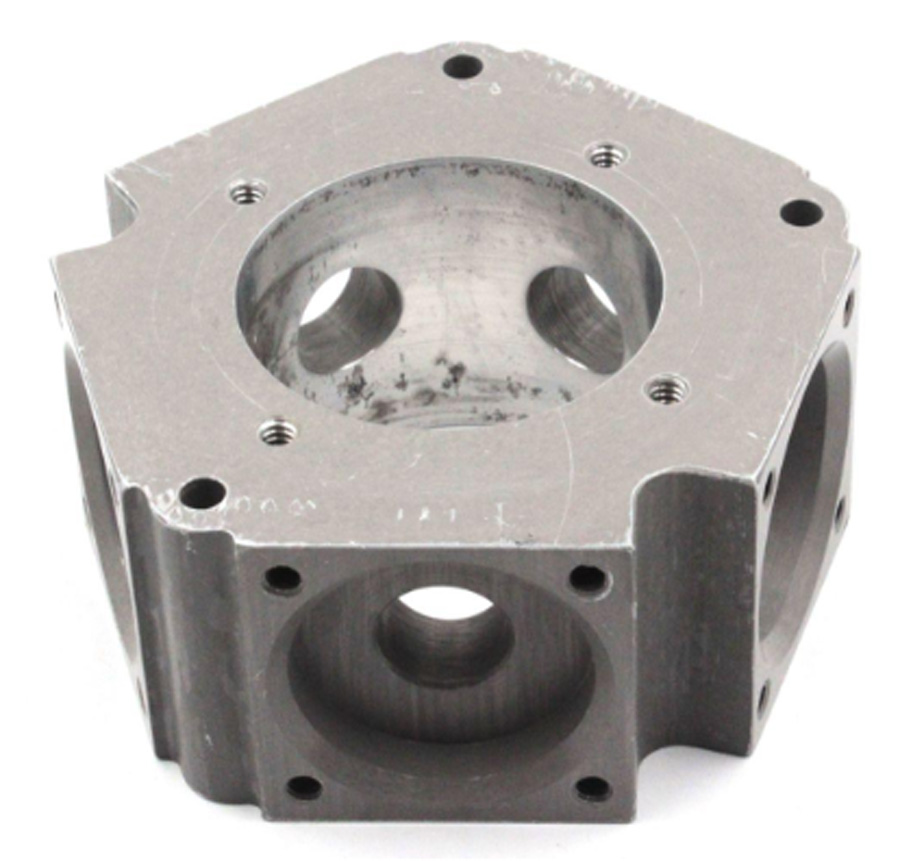 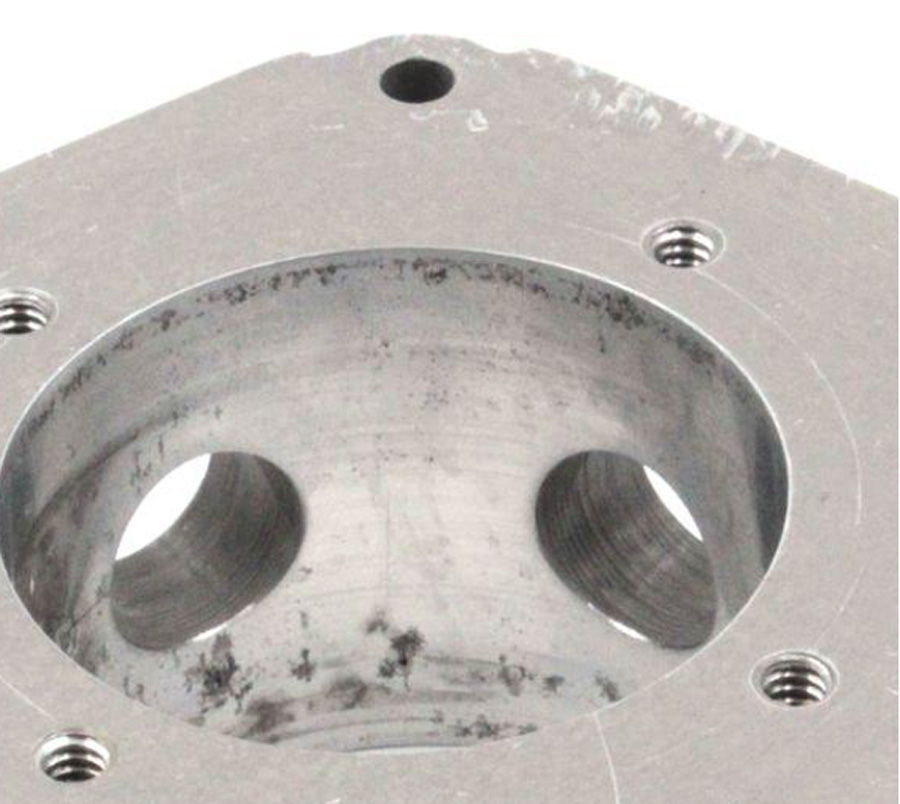 Another common failure that occurs in the 4-1847-4 – Body – Fuel Selector Valve is scoring occurring in the cylindrical hole in the body. 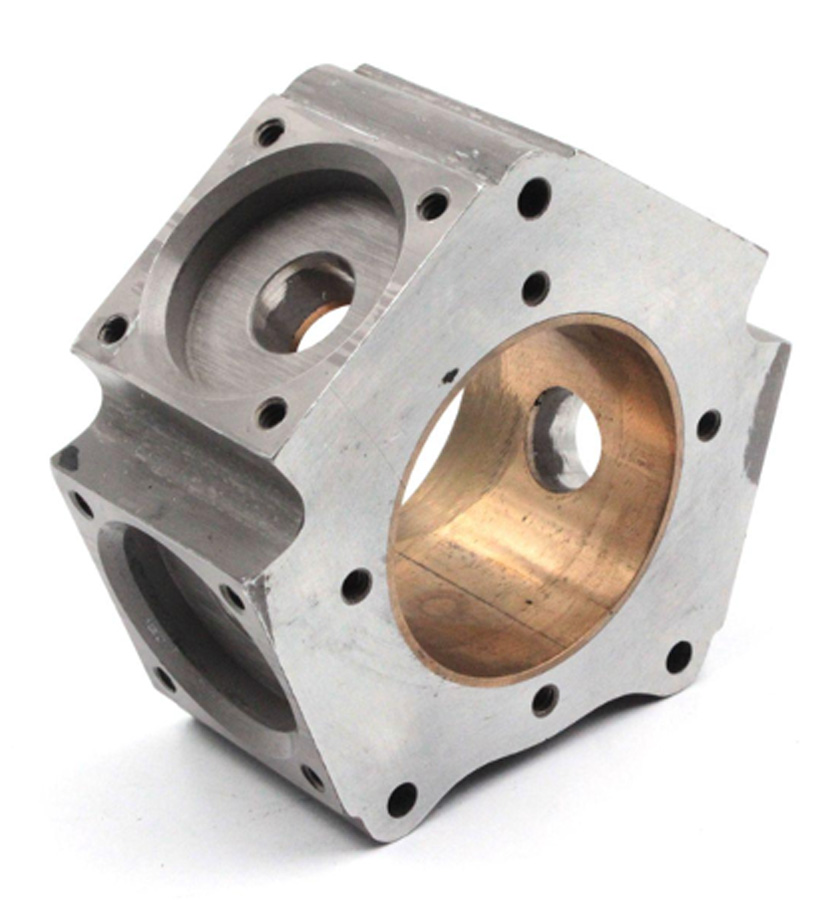 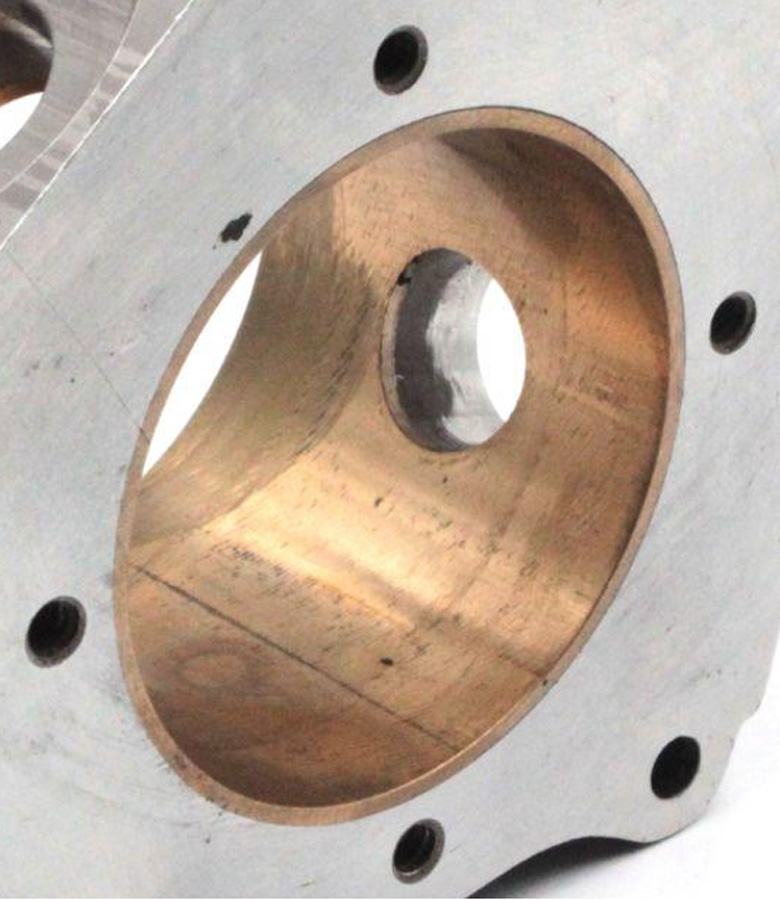 Note that the above assemblies had been refurbished from the factory or in the field. This was an original parker valve that was repaired but leaked due to scoring.

The fuel selector requires 5 square graphite disks that have a convex or outward curve on the face, which conforms to the radius or shape of the rotor and body bore. A hole through the disk permits gasoline at line pressure to enter the rubber cup, thus building up pressure back of the disk to air in sealing.

How to inspect – remove selector, disassemble, and visually inspect

Tolerance of damage or wear: Zero

Cracking or broken sealing disks can be removed and replaced. Embrittlement of the rubber cup can also occur. 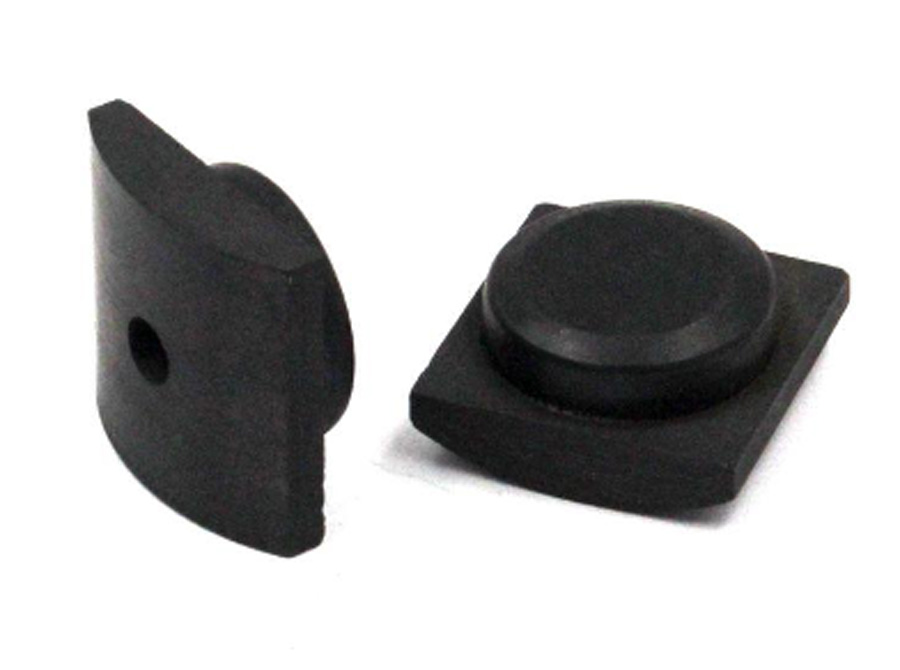 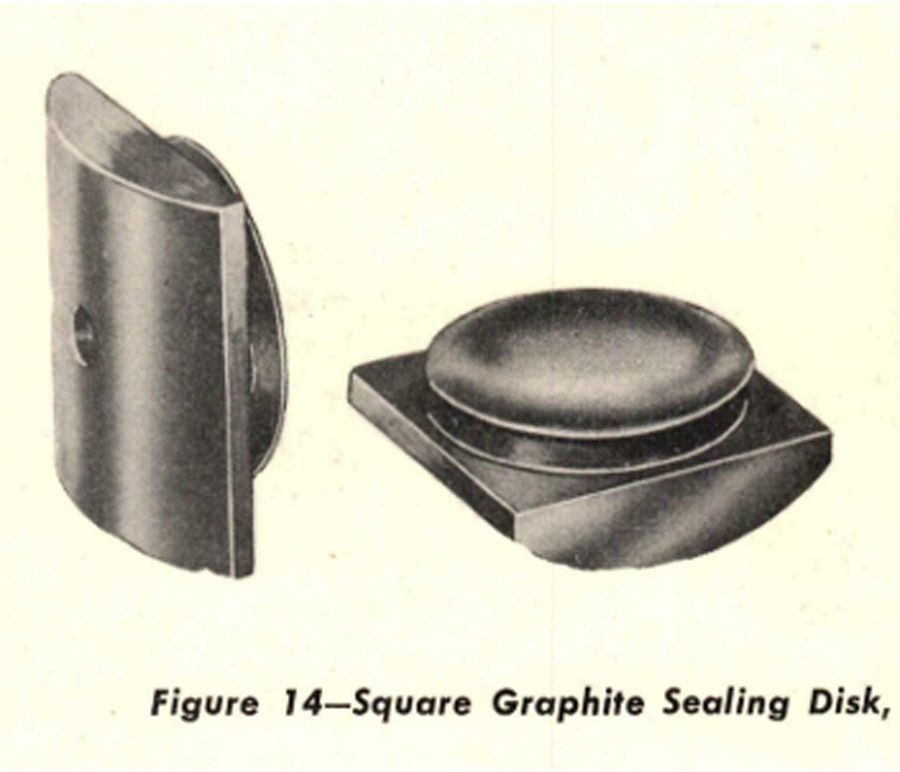 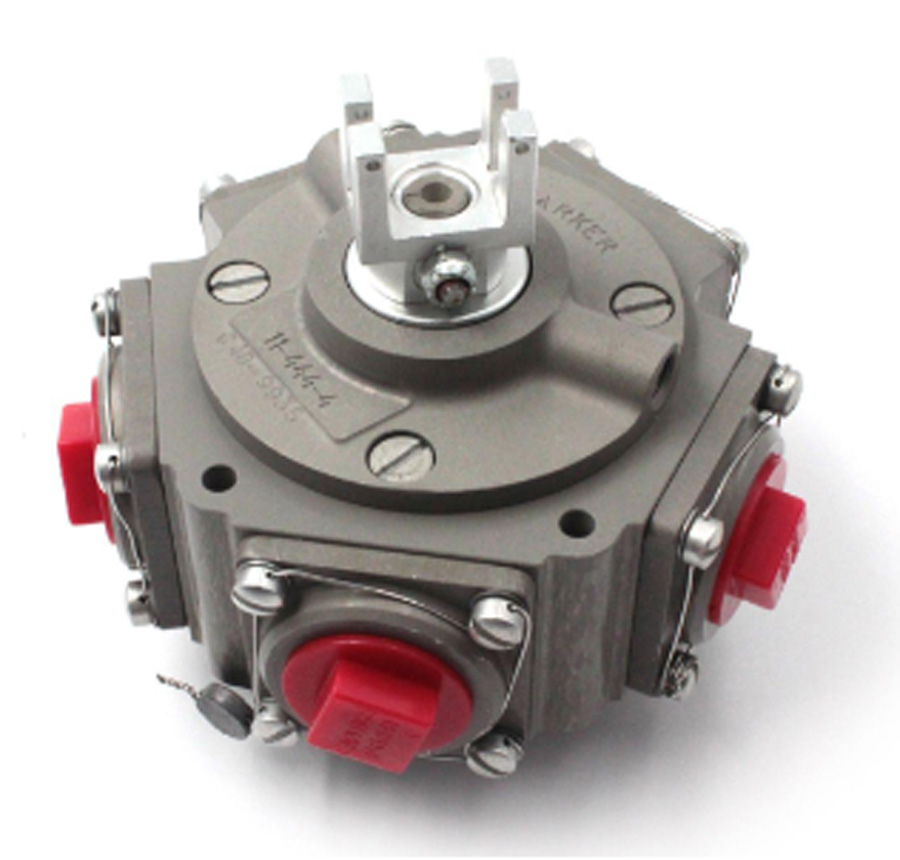 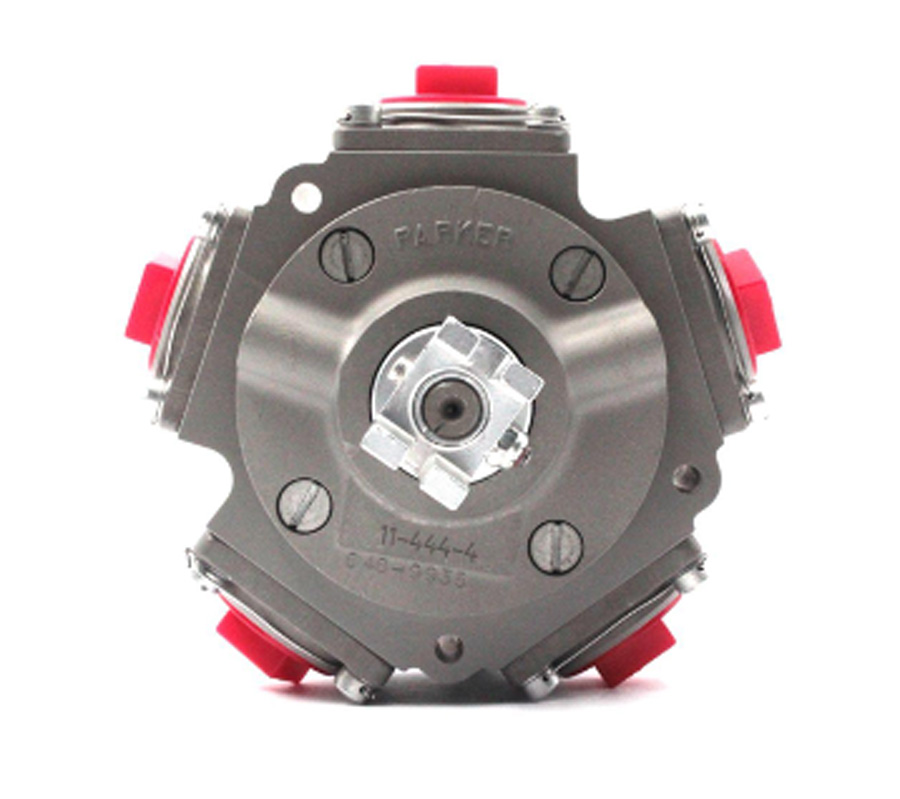 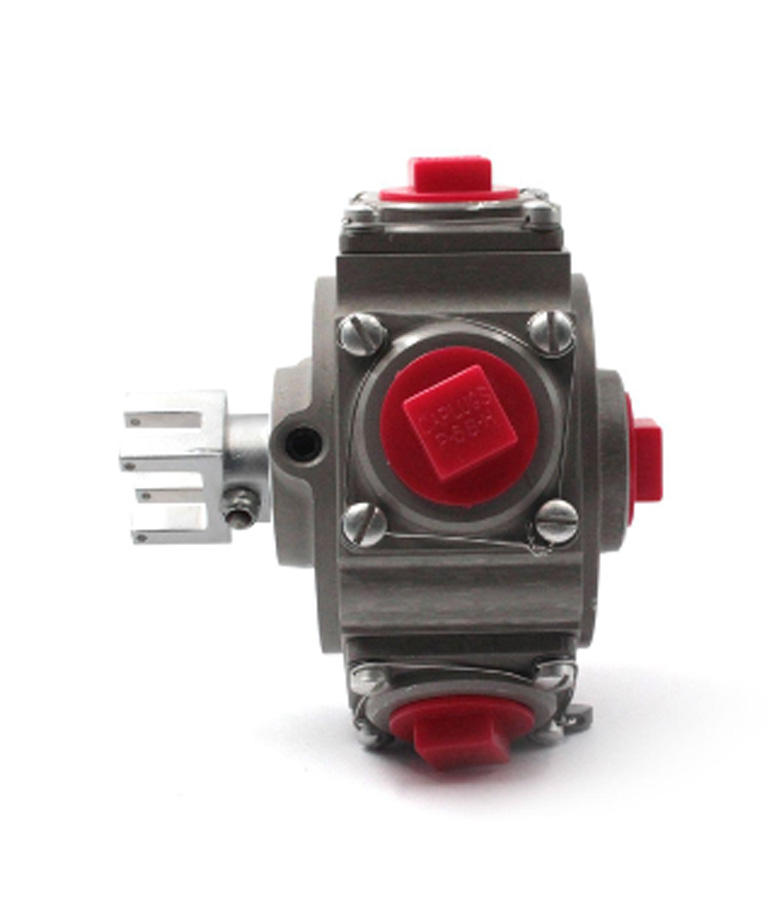 If you’re replacing 122-48347 VALVE ASSEMBLY – FUEL SELECTOR, ensure airworthiness prior to purchasing by failure modes. If swapping out TCB-14800 Thompson valves for the 11-444-4 Parker Valves, maintainers should inspect the attaching parts. AirCorps is available to perform inspections, answer questions, complete services related to overhaul of landing gear, system components, along with services related to installation.

WHILE AIRCORPS (VENDOR) BELIEVES THAT THE INFORMATION CONTAINED THEREIN IS ACCURATE AND CORRECT, VENDOR DOES NOT WARRANT THE ACCURACY OR THE CORRECTNESS OF ANY DRAWINGS, MANUALS, OR THE INFORMATION CONTAINED THEREIN. THE INFORMATION, DRAWINGS AND REFERENCE MATERIAL ARE SUPPLIED TO THE CUSTOMER ON AN “AS IS” BASIS WITHOUT ANY WARRANTIES, EXPRESS OR IMPLIED, INCLUDING, BUT NOT LIMITED TO, ANY WARRANTIES OF MERCHANTABILITY OR FITNESS FOR ANY PARTICULAR PURPOSE.  ALL WORK SHOULD BE COMPLETED IN ACCORDANCE WITH FAA REGULATIONS AND APPROVED DATA.