The members of our Fabrication team are experts in re-creating WWII-era aircraft parts through a variety of techniques. They often combine modern technology with original methods and equipment from the 1940s that helped fulfill the immense production needs for the armed forces at the time.

One of the most unique pieces of equipment to see in action at AirCorps is the stretch forming table. It was designed and built to fabricate curved aluminum pieces, such as fairings and leading edges. Stretch forming is a great option when planning fabrication of a limited number of parts and starts with drawing the tooling (or form block) around which the metal will be shaped. 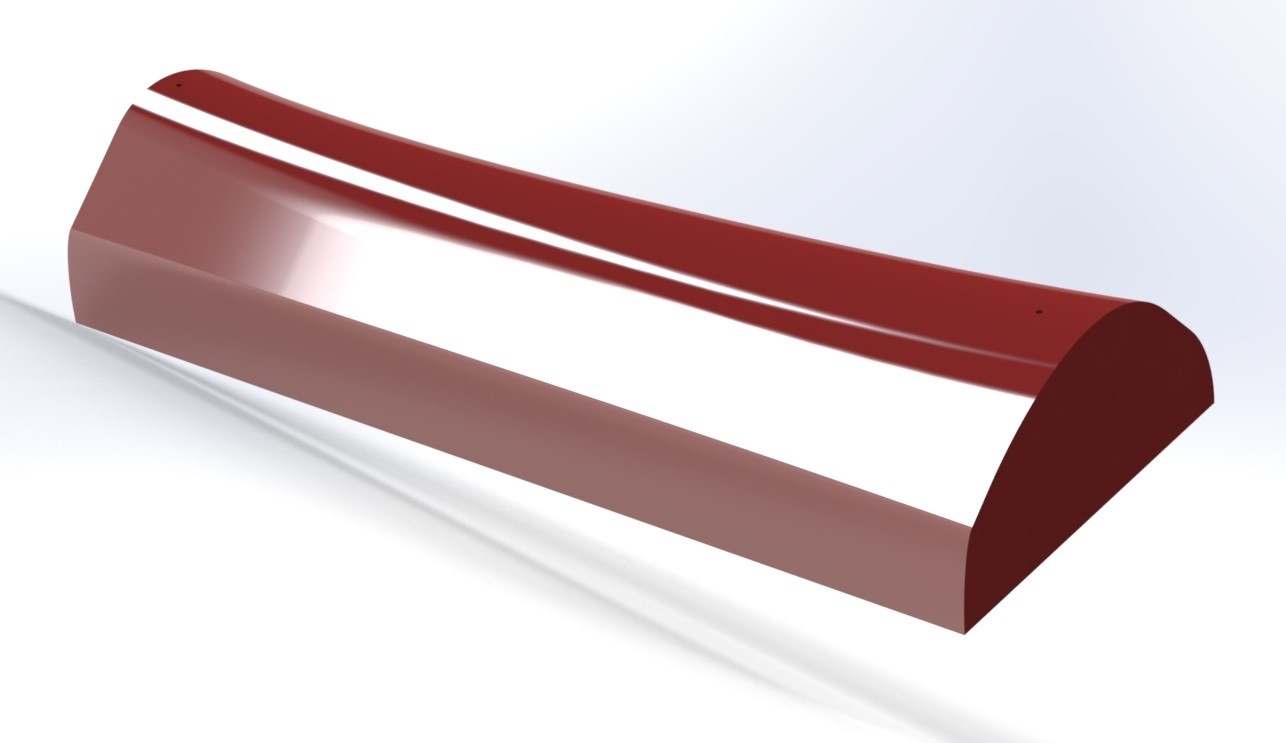 The CAD drawing is then used to router the form block out of a solid piece of polyurethane (the solid red component in the photos) on the CNC machine. 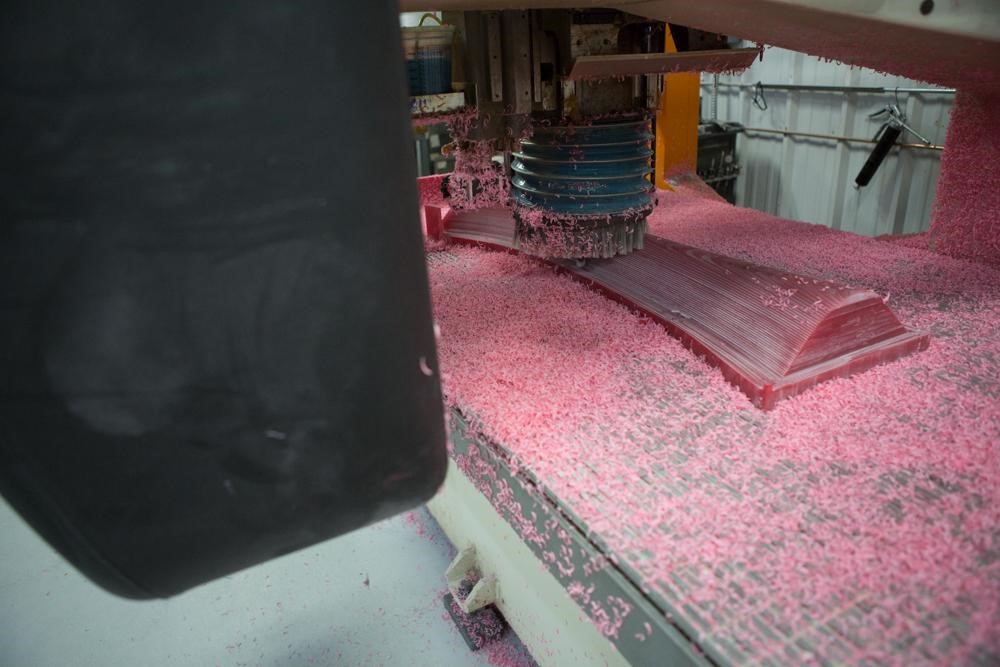 Cutting out the form block on the CNC router. Image: AirCorps Aviation 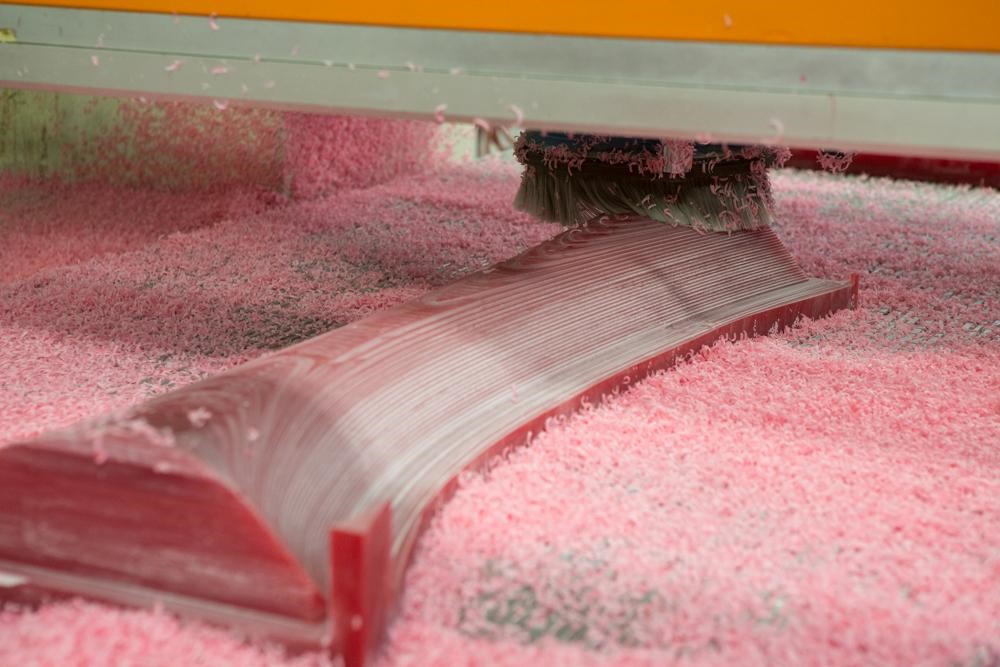 Close up of CNC router cutting out the form block. Image: AirCorps Aviation

Once completed, the form block is then secured to the stretch forming table. After careful placement of the aluminum into the clamps on each side, hydraulic rams are engaged to press the form block into the metal, forcing a permanent contour. 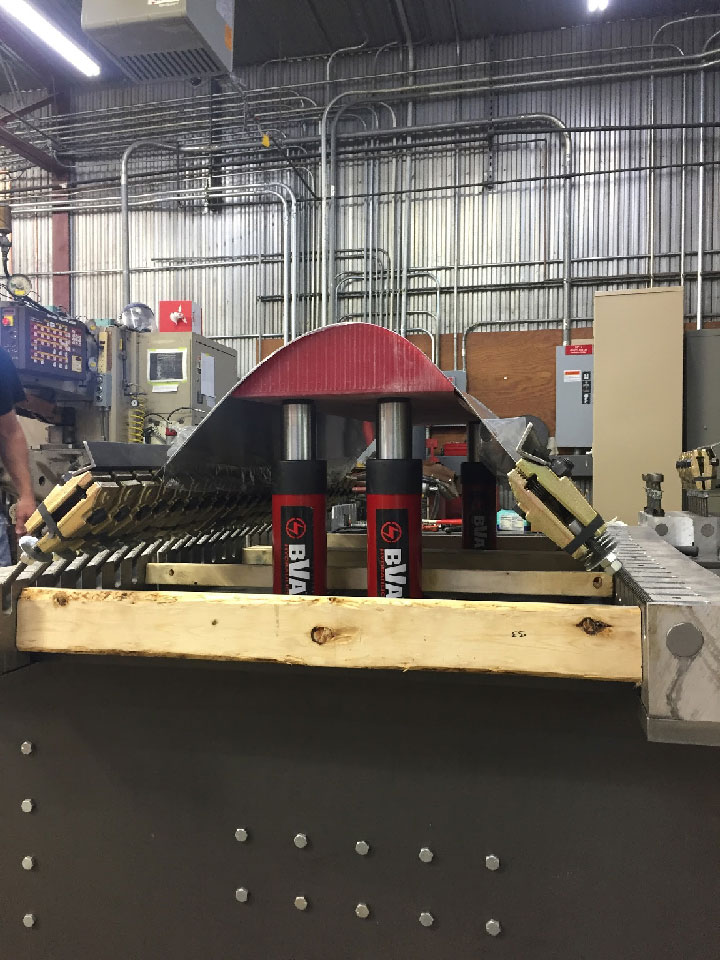 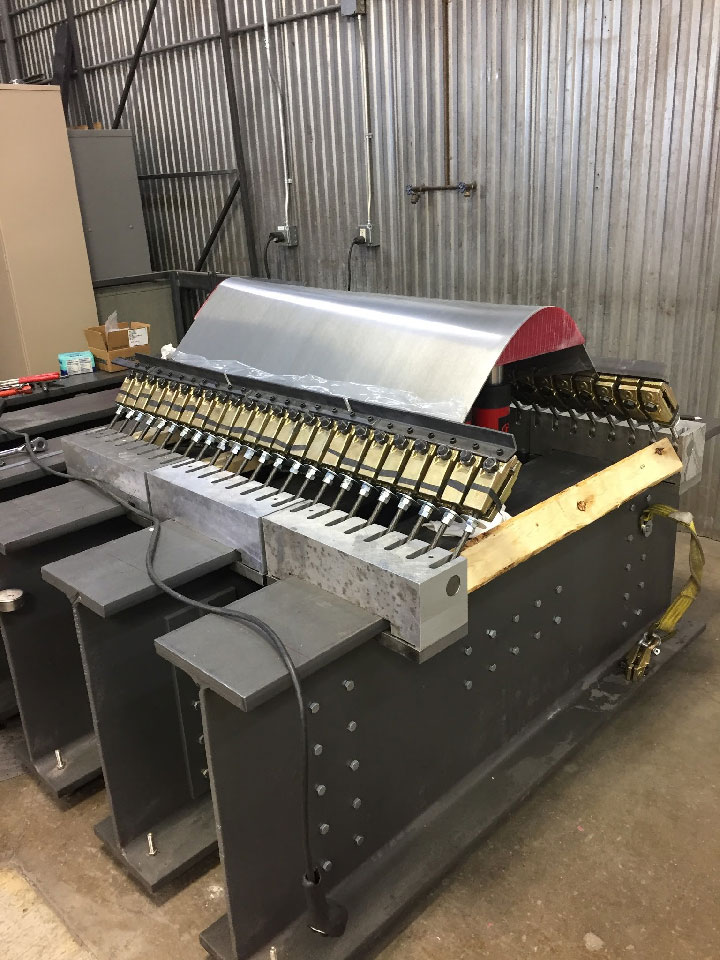 Photo of the fairing being pulled tight to the form block. Image: AirCorps Aviation 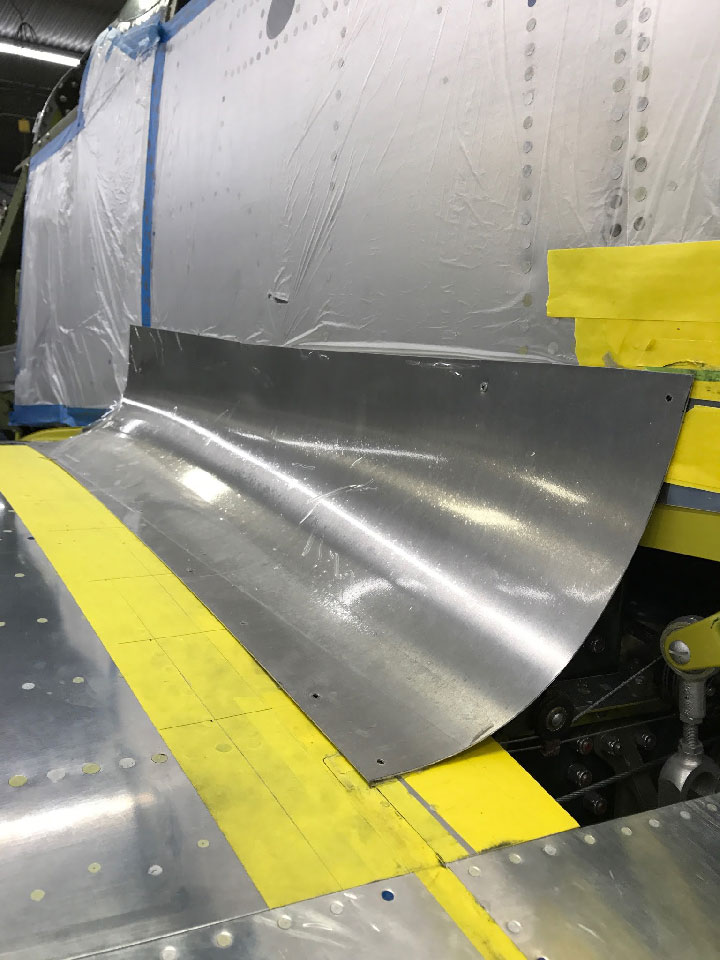 The over the wing fairing test-fitted onto Lope’s Hope III. Image: AirCorps Aviation

After trimming, and any other final touches, the formed part is ready for installation. Handing off a finished piece for a restoration project can happen within 20 steps!

A patent1 filed in 1938 by Henry A. Berliner, published in 1942, describes a familiar-looking “metal forming machine” that facilitates “forming sheet metal into irregular shapes, as for example to form parts for aircraft or the like.” The adjustable clamps in his design were an improvement that increased the variety of shapes that could be created. 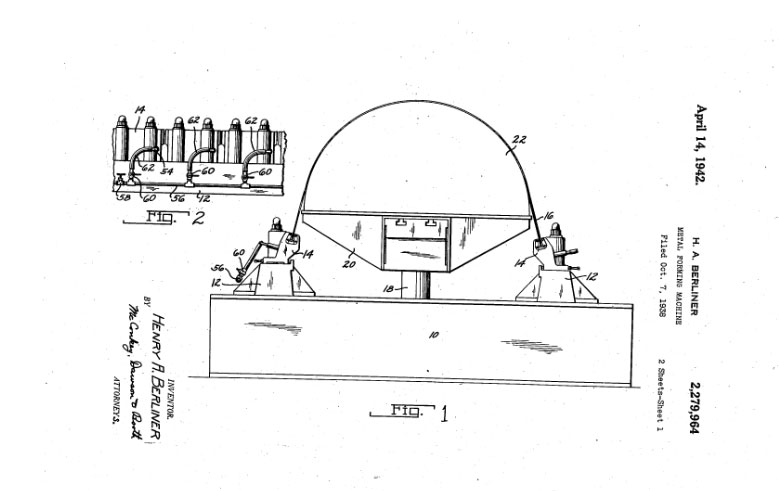 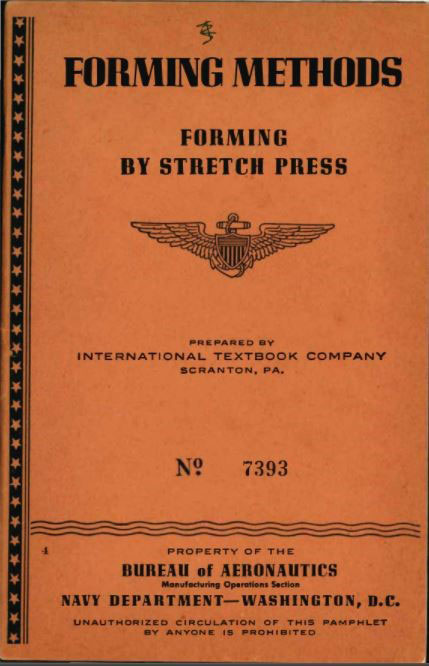 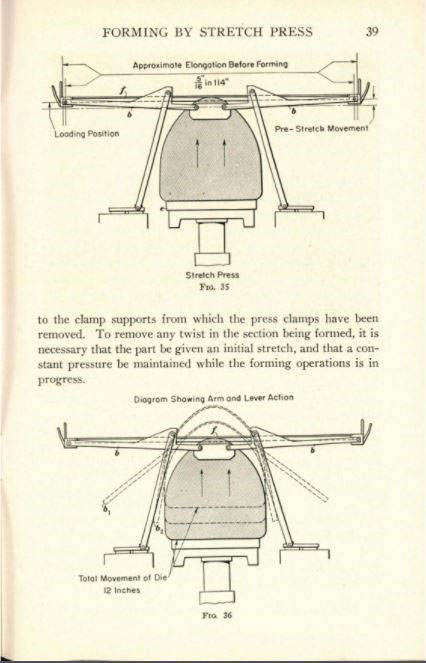 It didn’t take long for forming machines, such as that described by Berliner, to be welcomed by the aviation industry. This textbook on Forming Methods, “Forming by Stretch Press,”2 from the Bureau of Aeronautics (find it at AirCorps Library), takes us back to wartime with production photos and instructional language. For just $0.25 (equivalent to $3.57 today), one could learn about the application, equipment, principles, and processes related to operating a stretcher. Countless publications like this had to be produced quickly and accurately to meet the training demands brought on by war. Goodyear Aircraft Corporation VP & General Manager, Harry E. Blythe, eloquently addresses this effort in the foreword of “Aircraft Hand Forming,”3:

“The peacetime Army was no more ready to to give battle to dictatorship than peacetime industry was to turn out implements of war on the scale needed. There are not enough trained soldiers, sailors, and pilots; there are not enough trained machinists, sheet metal workers, welders and riveters. Today all of America is a training field, and literally, millions of people are learning new jobs, have found in themselves new capacities and new skills, and feel an unspoken pride in being able to contribute directly, in one field or the other, to the defense of their homes, their families, and the liberties of the Nation.”

In this age of Google, YouTube, and mobile access to even the most detailed searches (How to read a North American part drawing, for example), we are also fortunate to have these resources from the past at our fingertips as tools critical to factory-authentic restorations. Get in touch if our fabrication services would benefit your project!